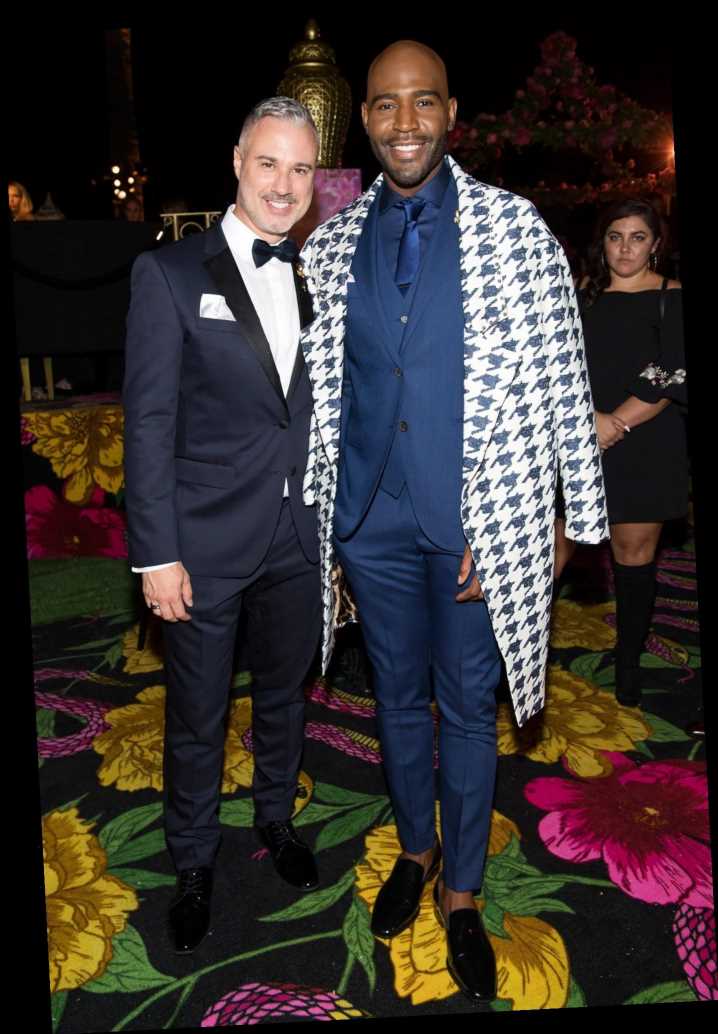 The Queer Eye star revealed the news on Friday's episode of The Ellen DeGeneres Show during a conversation with guest host Stephen 'tWitch' Boss. According to Brown, the couple made the amicable decision to part ways while hunkered down at home during the COVID-19 pandemic.

Brown and the director, who got engaged in May 2018, were originally set to tie the knot this summer. They had to postpone the wedding due to the outbreak of the virus, then came to the decision to call it off completely.

"It was postponed because of the pandemic, but now it's actually postponed officially, because my fiancé and I, we were together for 10 years, and we broke up about three and a half months ago," said Brown, 39. "We were distracted by so much — with the kids, and our careers — that during that time, I had to really say, how is our communication? How are other parts of our lives? Are we growing in the same place?"

"We're not 20 anymore, so it wasn't just, 'Oh, I'm not going to text you anymore' — it was like, we have a family and a home," he continued. "How do we separate this? And it was hard. We went to virtual counseling, we did a lot of things. But eventually I was like, this is a moment where I need to decide, is my happiness important? And once I made that decision, I said, you know, we are going to have to break up." Brown said there was "luckily no cheating," confirming the two are still "good friends."

"It's very nice when it's like, 'I still love you and support you.' I want him to be happy, he wants me to be happy," he said. "But yeah, no more wedding, so if y'all got any friends…! I'm lying, I'm not ready to move on that quick, I'm not ready."

Brown is father to sons Jason, 23, and Chris, 20. The former Real World star learned he was a dad when he received a subpoena for child support when Jason was 10 from his high school girlfriend, whom he had dated before coming out as gay at 16. Brown immediately took full custody of his son and then adopted Jason's brother, Chris.

On The Ellen DeGeneres Show, the reality star recalled how production on the new season of Queer Eye was shut down when the pandemic hit the U.S. in March. Brown said the past six months at home became an important time of self-reflection for him and his kids. "I've been home the whole time," he said. "I took COVID very seriously, still am taking it very seriously. That first couple of days, I was like, how in the world did everyone start baking bread, working out, because I was still in my robe, trying to just make sure my kids were okay. I was like, how did everyone get this energy and all these talents?! But, you know, after a couple of weeks, I started to like, get a routine, started to get myself together, I started focusing on my new business — I have a skincare line called Mantl."

"And then just really found other ways to figure out how to focus on me and the things that make me happy," he added. "I started trying to be a pilot, I started parasailing."

Catch People (the TV show!) Monday through Friday. Check your local listings for exact times or stream the show every day at 7 p.m. ET/ 4 p.m. PT at People.com and PeopleTV.com.