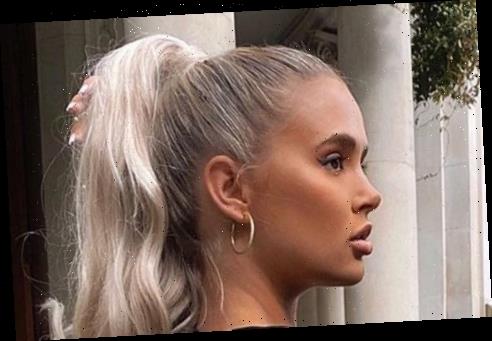 LOVE Island's Molly-Mae Hague has been accused of "editing her chin" in her latest Instagram snap.

Trolls claim Molly has suffered a 'photoshop fail' by tinkering with her face in the stunning outdoor shot. 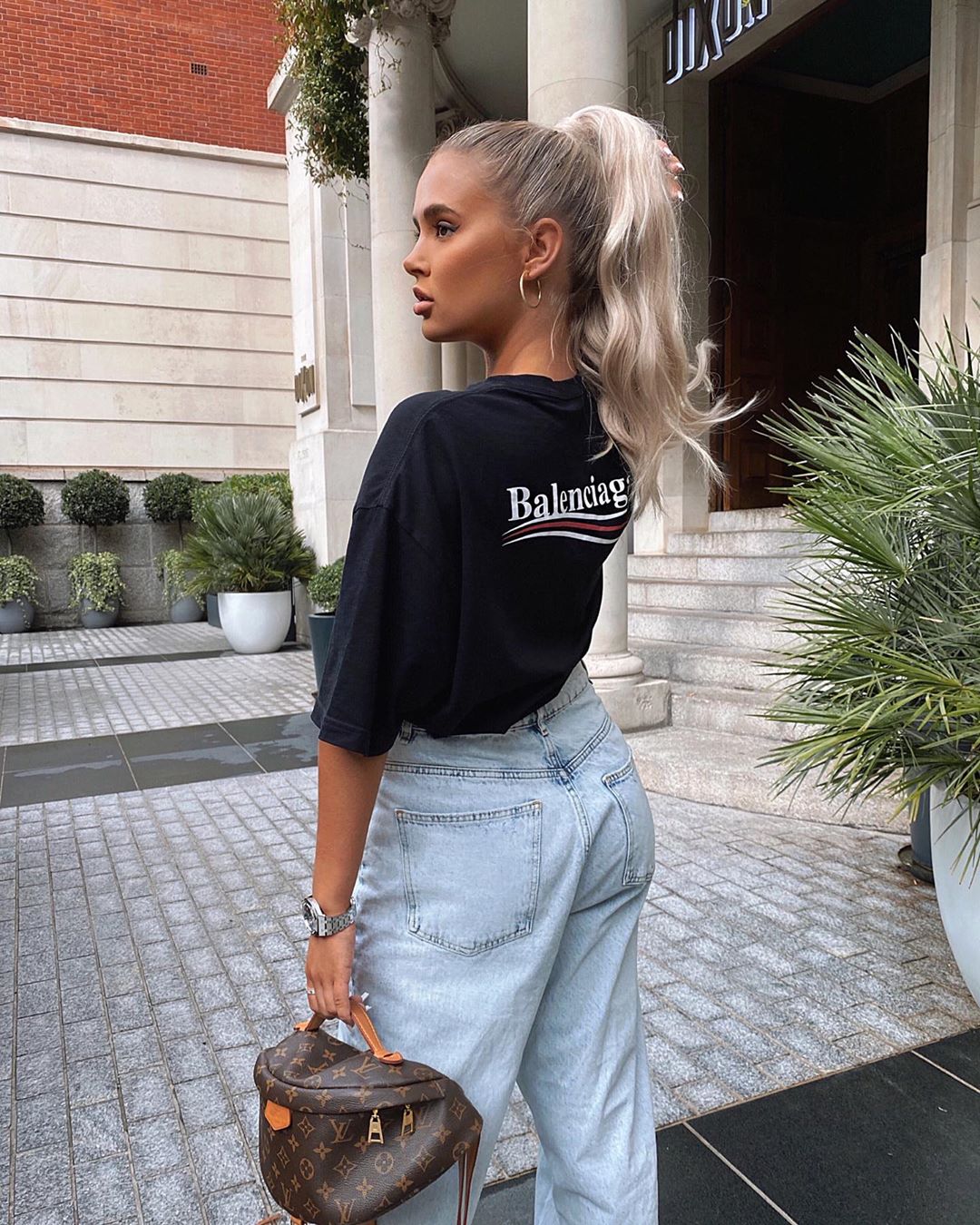 In the pic, Molly is standing sideways on in a designer Balenciaga T-shirt and baggy blue jeans.

Her platinum locks are tied back in a ponytail and she held a Louis Vuitton bag.

The majority of comments on the post were positive, with fans calling her "unreal" and a "queen". 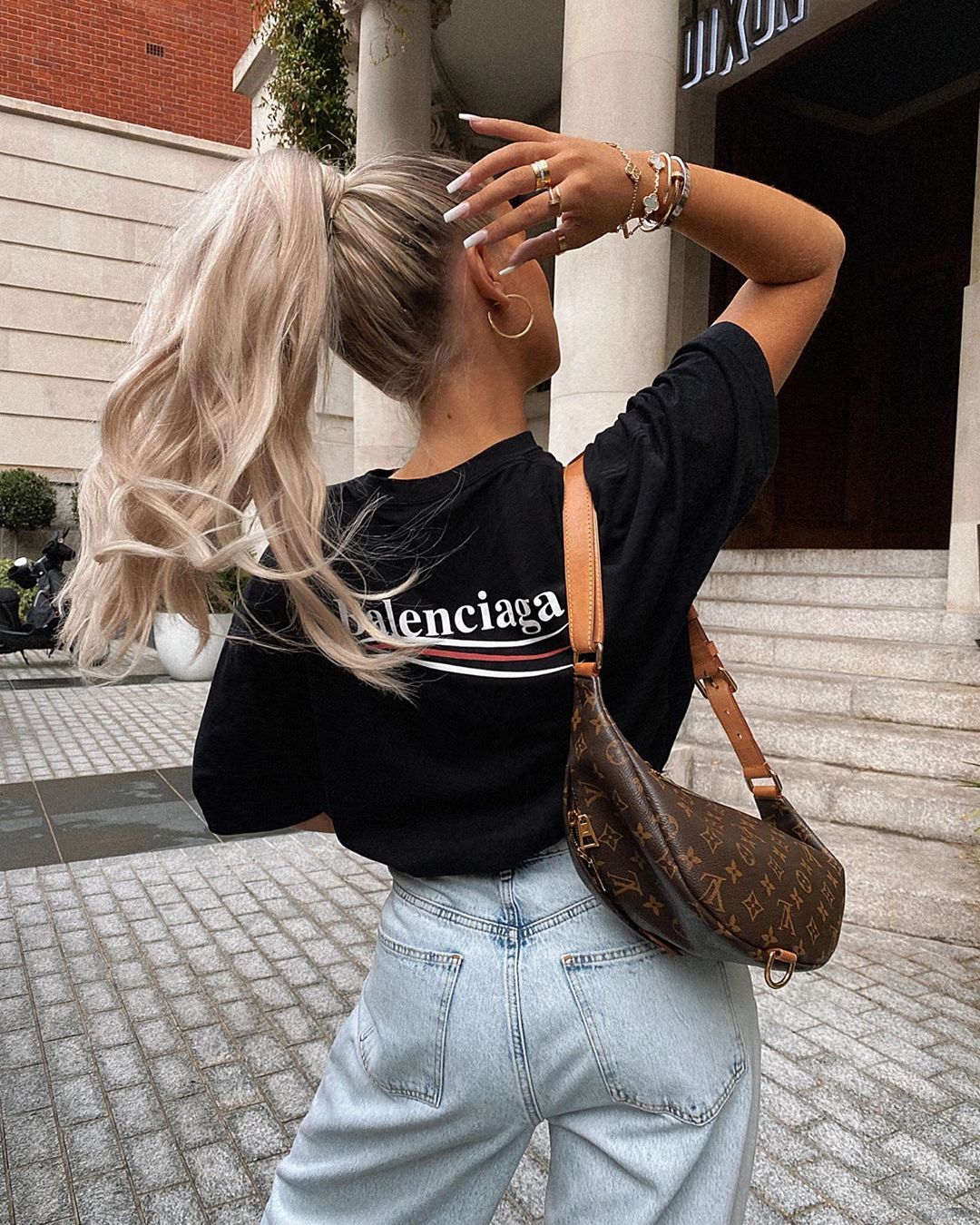 But some were annoyed by the compliment shower, with one writing: “Why are you all idolizing this fake girl? She’s edited this so much. You can tell by the background!”

While another posted: "You can clearly see she’s edited out her double chin. Look at the pole underneath her chin, it’s bent."

Earlier this week Molly showed off her curves in skintight leather trousers as she headed for a girls' night out in London.

The 21-year-old star looked sensational as she ignored the drama after fans accused her of "fixing" her £8,000 Louis Vuitton giveaway. 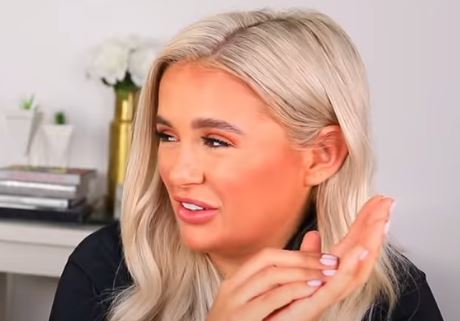 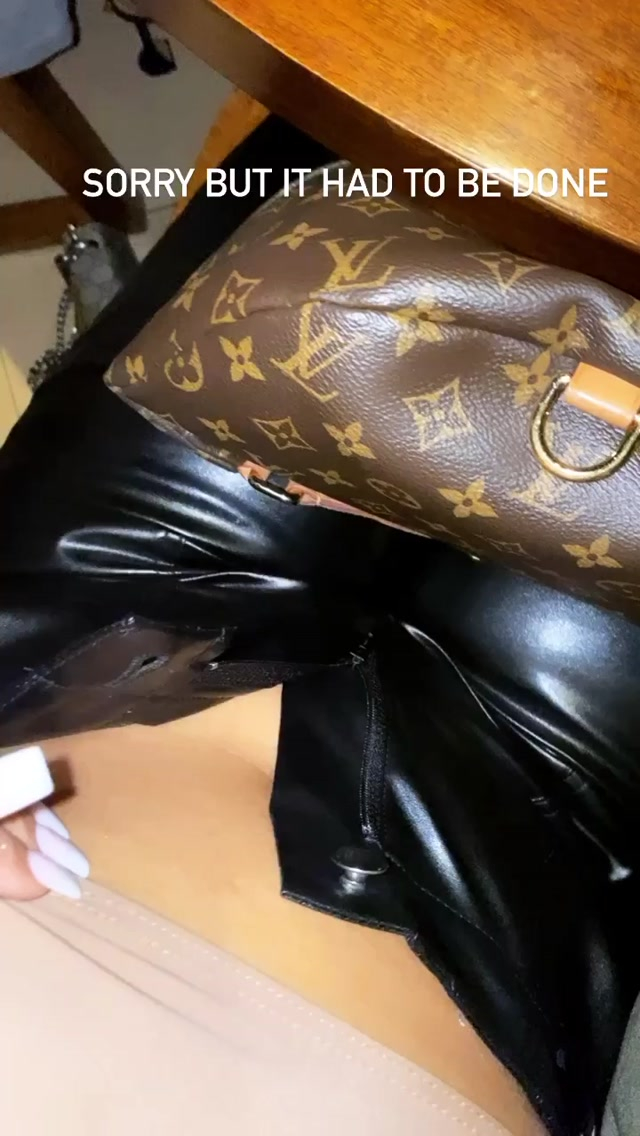 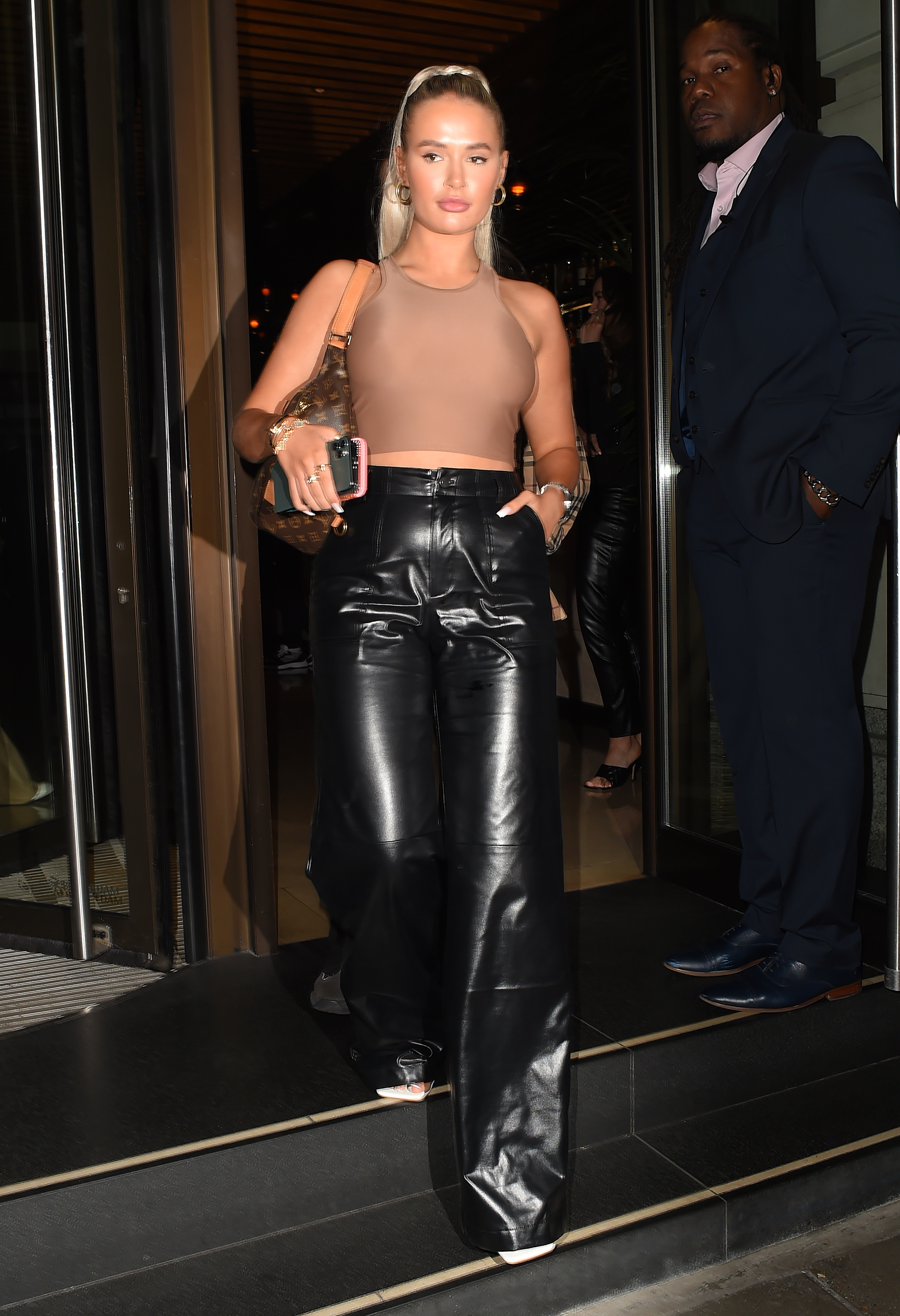 The reality favourite teamed her leather trousers and an even tighter brown tank top.

She also donned hoop earrings, which she paired with Cartier bracelets and rings, and white ivory high heels.

She carried a Louis Vuitton handbag to complete her look, proving she’s still a fan of the French designer, despite last week’s drama. 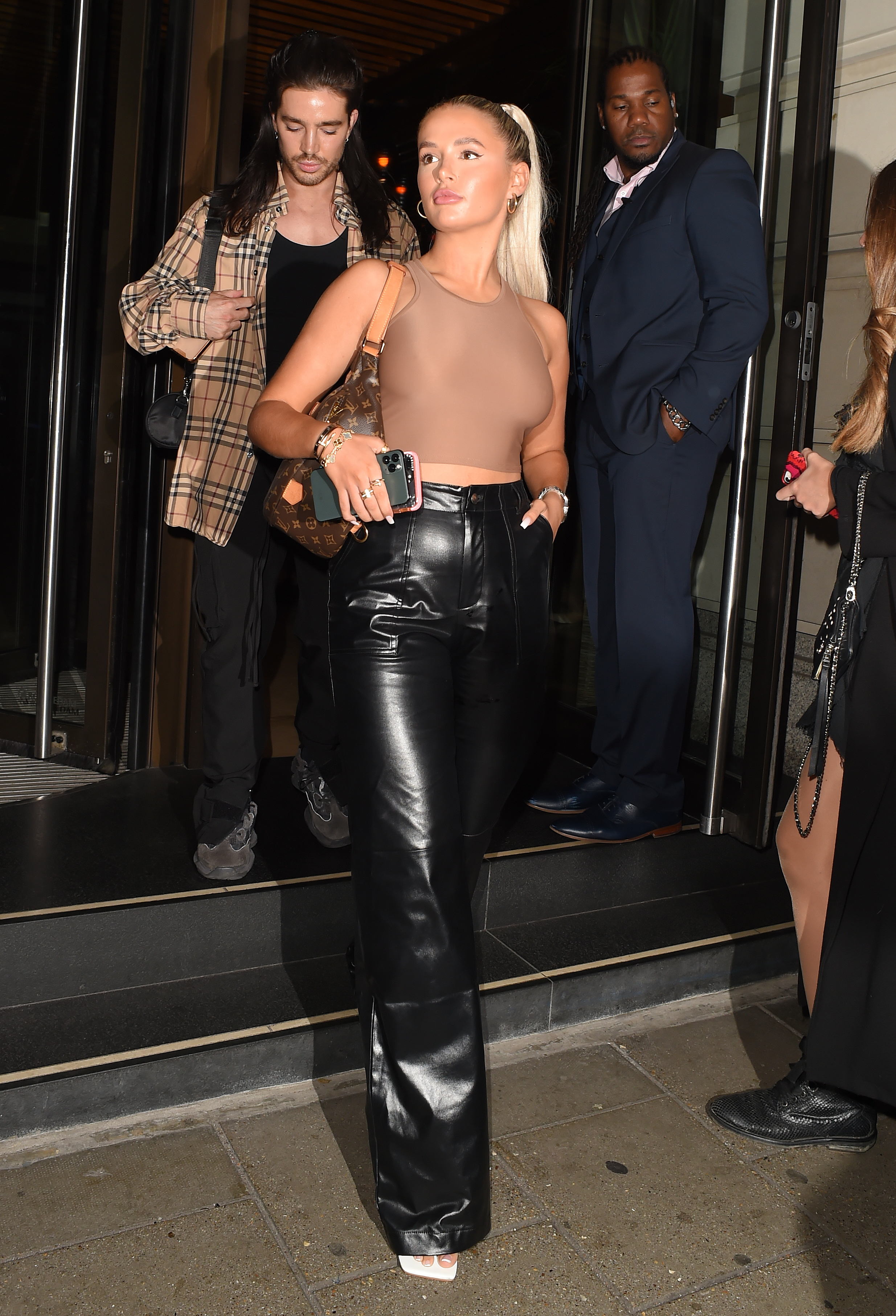 The 21-year-old boxer has just returned from a six-week training camp with older brother Tyson ahead of his next fight.

Despite Molly saying recently she doesn’t “laugh” when Tommy’s away, she looked like she was having a great time with her pals as they made their way out of the eatery and into a waiting taxi.

Recently the Hertfordshire-born influencer found herself at the centre of controversy following claims she’d “fixed” the winner of her giveaway. 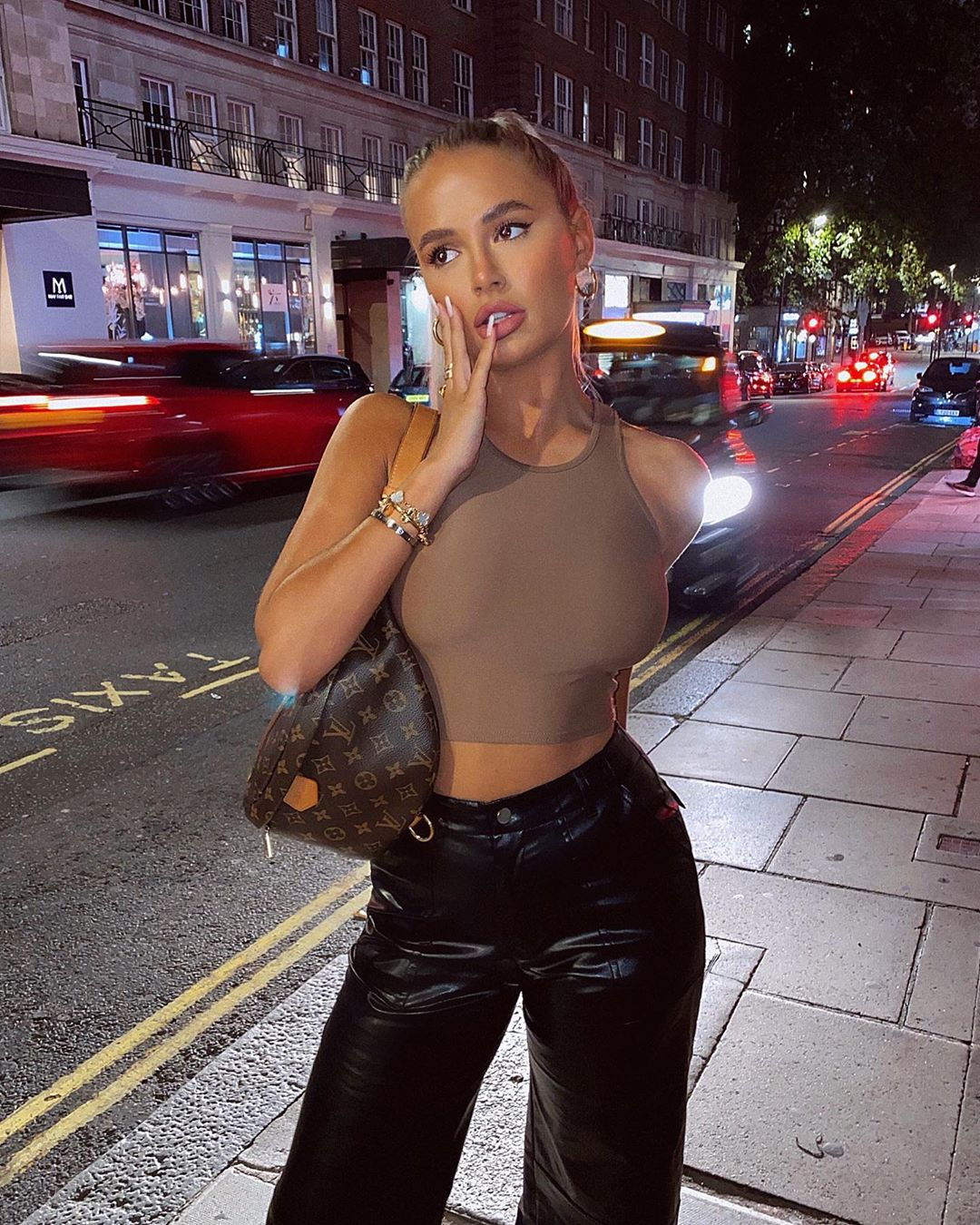 After reaching one million subscribers on YouTube, Molly, who along with Tommy is worth millions of pounds, gave away £8,000 of Louis Vuitton luggage and Apple products, as well as further items from her beauty range.

But some fans questioned why only 25 people were put on a spreadsheet of potential winners when two million had entered.

The Love Islander defended herself by saying: "There was no software or app that would allow me to put in two million (I repeat two million) Instagram comments without logging in with my Insta password, which I would never do. 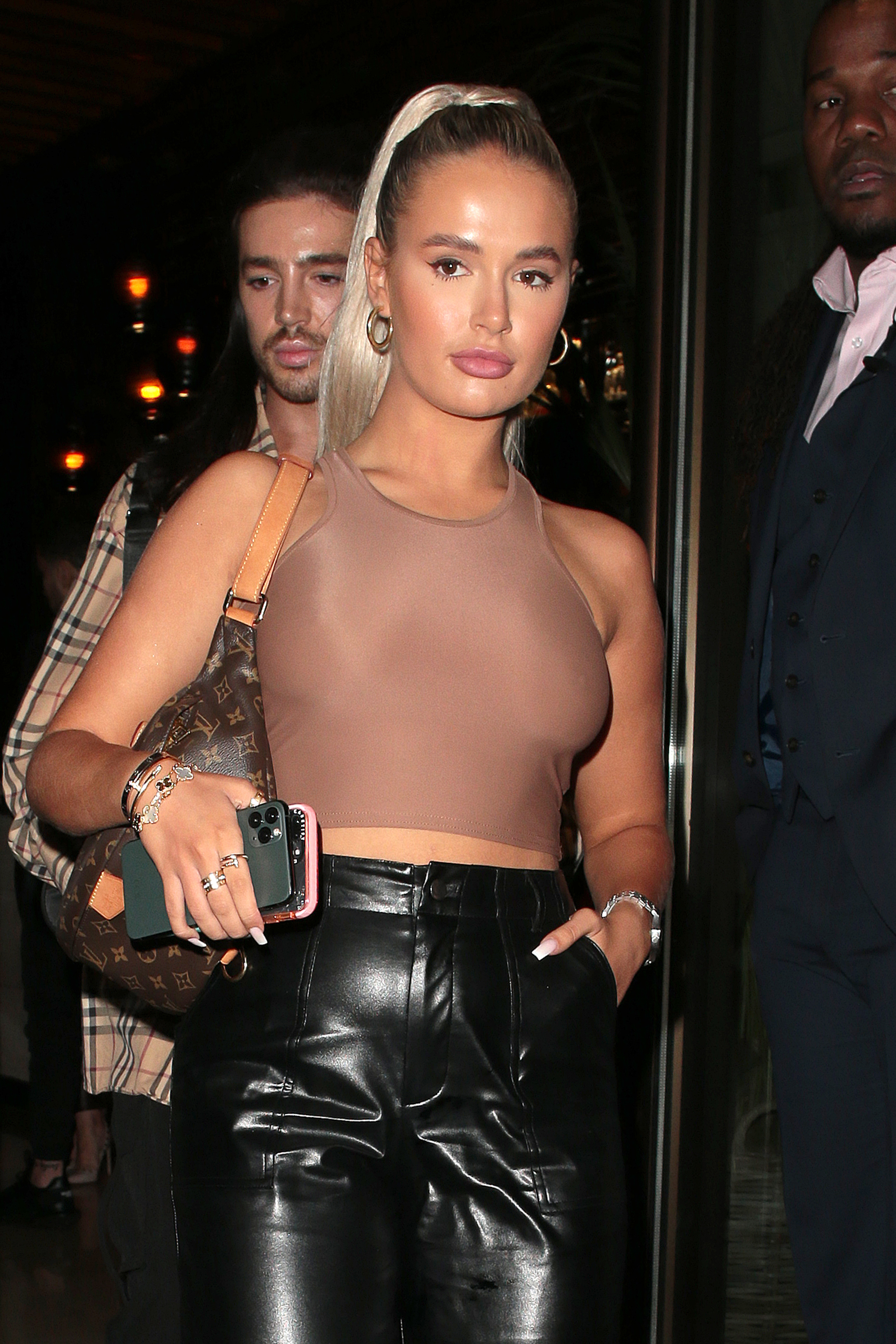 "Let's just all be happy for the winner please. It's only a light-hearted giveaway.

"The 25 names had all entered more than once… including the winner. Let's be happy for her! She deserves it!"