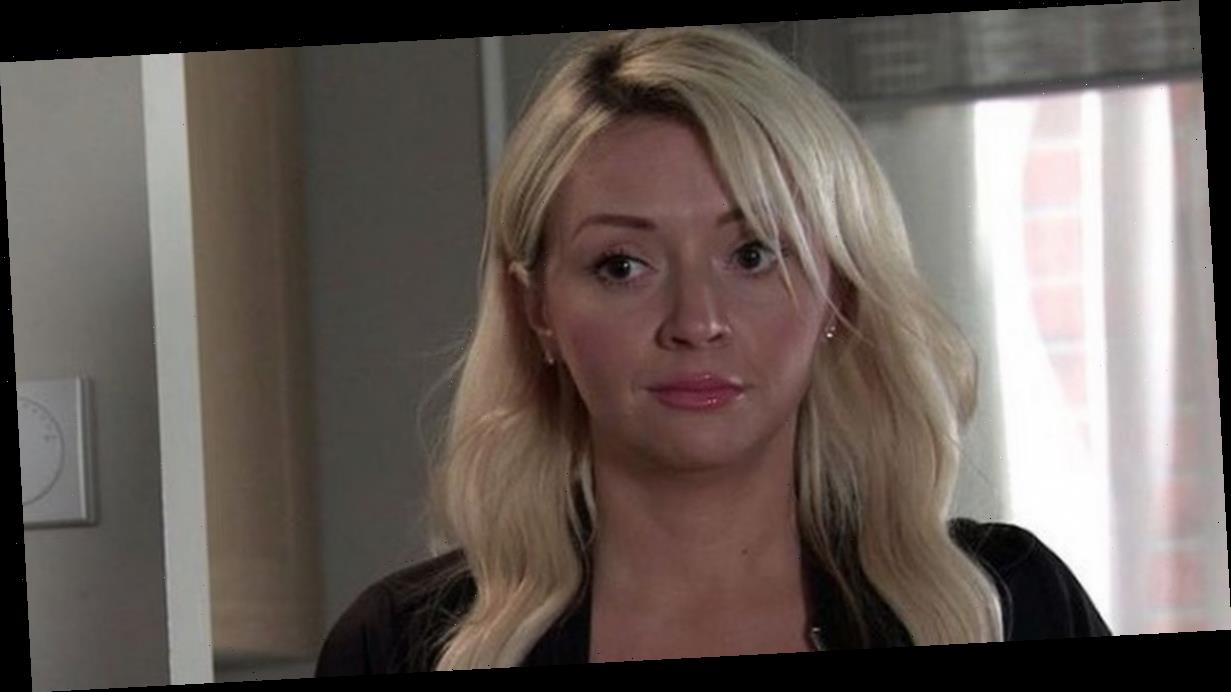 Daniel Osborne was left devastated tonight as sex worker Nicky Wheatley was attacked by one of her punters.

The blonde bombshell called the widower to ask for help and he demanded that she made her way to his flat so he could offer his help.

Nicky got out of a taxi holding a tea towel over her head which was pumping blood.

Daniel looked on in horror as he had to work out how to help his friend.

Eagled-eyed Corrie fans were distracted from the drama as they pointed put why the taxi driver didn't take badly-assaulted Nicky straight to hospital.

Taking to Twitter, one fan penned: "I’m sorry but why would that taxi driver not turn around and say 'Sorry love I’m taking you to the hospital not to a flat' like?"

Another added: "Why has that scummy taxi driver just dumped Nicki when she is obviously hurt and vulnerable?"

A third moaned: "So the taxi driver didn't consider taking Nicky to the hospital, no?"

While a fourth ranted: "Taxi driver drops off a woman covered in blood?"

"What has Nicky done now? Didn’t she think to go to A&E?," a fifth viewer asked.

Things are set to get worse for Daniel and Nicky next week.

Coronation Street spoilers have revealed that Daniel will steal an envelope full of money from Geff Metcalfe (Ian Bartholomew) to give to Nicky in upcoming scenes.

Daniel steals the money to give to Nicky so that she can pay off her debts and quit her job as a sex-worker permanently.

Ken's son has an encounter with evil Geoff where he is critical of the villain's complicated history with sex-workers before he sees an opportunity to steal an envelope full of cash.

Geoff is livid when he realises the money is missing and confronts both Daniel and Adam Barlow (Samuel Robertson) about it, saying that he is going to take the matter to the police.

Will Daniel return the money to Geoff in time or will it be too late?

Coronation Street continues on ITV on Wednesday at 8.30pm