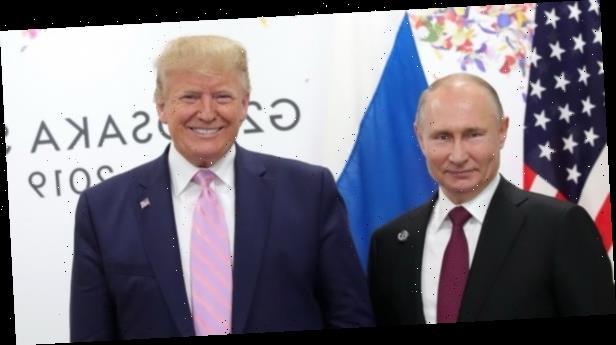 Unlike their activities during the 2016 presidential election, the Russians do not seem to be using their cyber capabilities to target the U.S. election infrastructure, according to Wray. Instead, the Kremlin’s approach is one of “malign foreign influence,” with Russia utilizing “social media, use of proxies, state media, online journals, etc.,” he told a hearing of the House Homeland Security Committee.

Without mentioning Trump by name, the FBI director said Russia’s actions represent “an effort to both sow divisiveness and discord and … to denigrate Vice President [Joe] Biden and what the Russians see as kind of an anti-Russian establishment.”

Biden is Trump’s Democratic opponent in the upcoming election.

Among numerous concerns regarding election security, Wray said his biggest was that “the steady drumbeat of misinformation” as well as the “amplification of smaller cyber intrusions” would lead Americans to lose confidence “in the validity of their vote.” If that were to happen, “that would be a perception, not a reality,” he added. “Americans can and should have confidence in our election system.” 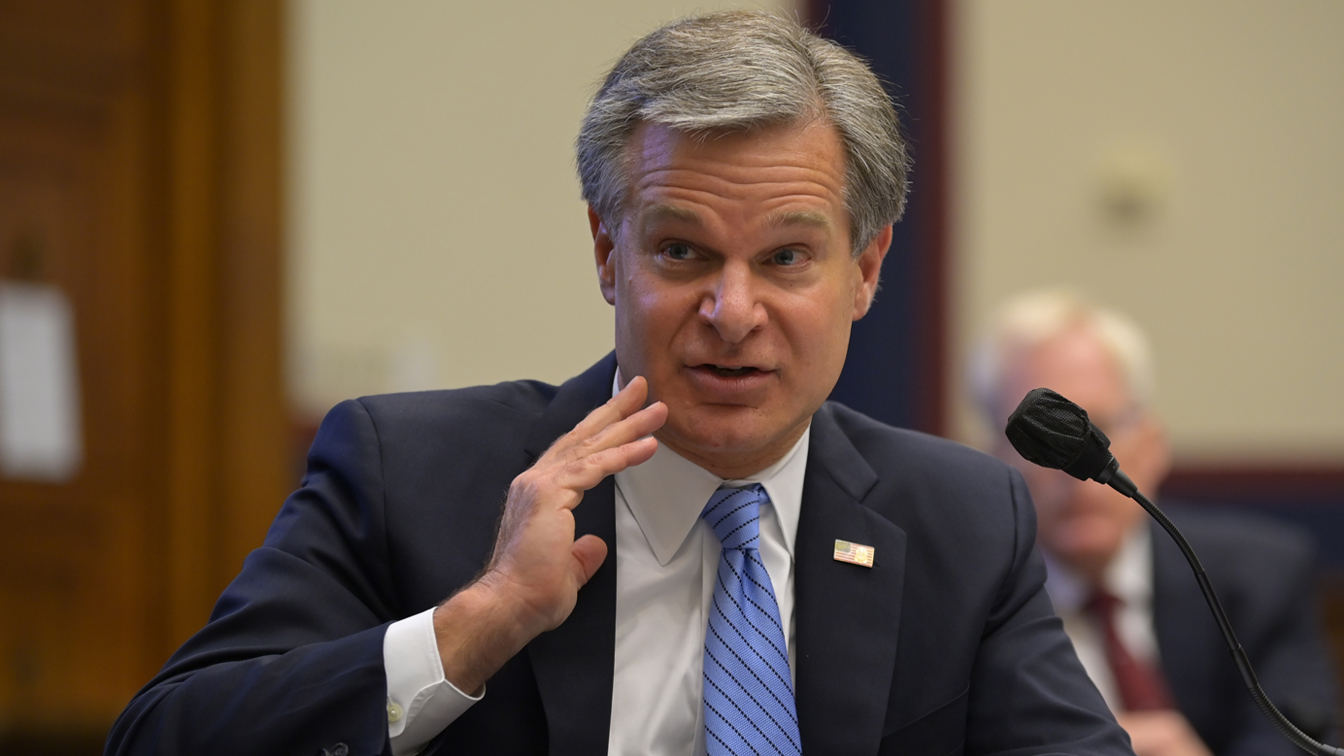 He said the number of domestic terrorism investigations the FBI is conducting this year is “a good bit” higher than the usual figure of about 1,000.

While those figures include everything from “racially motivated violent extremists to violent anarchist extremists [and] militia types,” in recent years white supremacists had been responsible for more lethal domestic violence than any other single category of extremist, he said.

As a result, in 2019 the FBI “elevated racially motivated violent extremism” to the same threat priority level as homegrown jihadist extremism and the Islamic State, Wray said.

However, so far this year, “the domestic terrorism lethal attacks we’ve had have all fit in the category of ‘antigovernment, anti-authority,’ which covers everything from anarchist violent extremists to militia types,” he said. 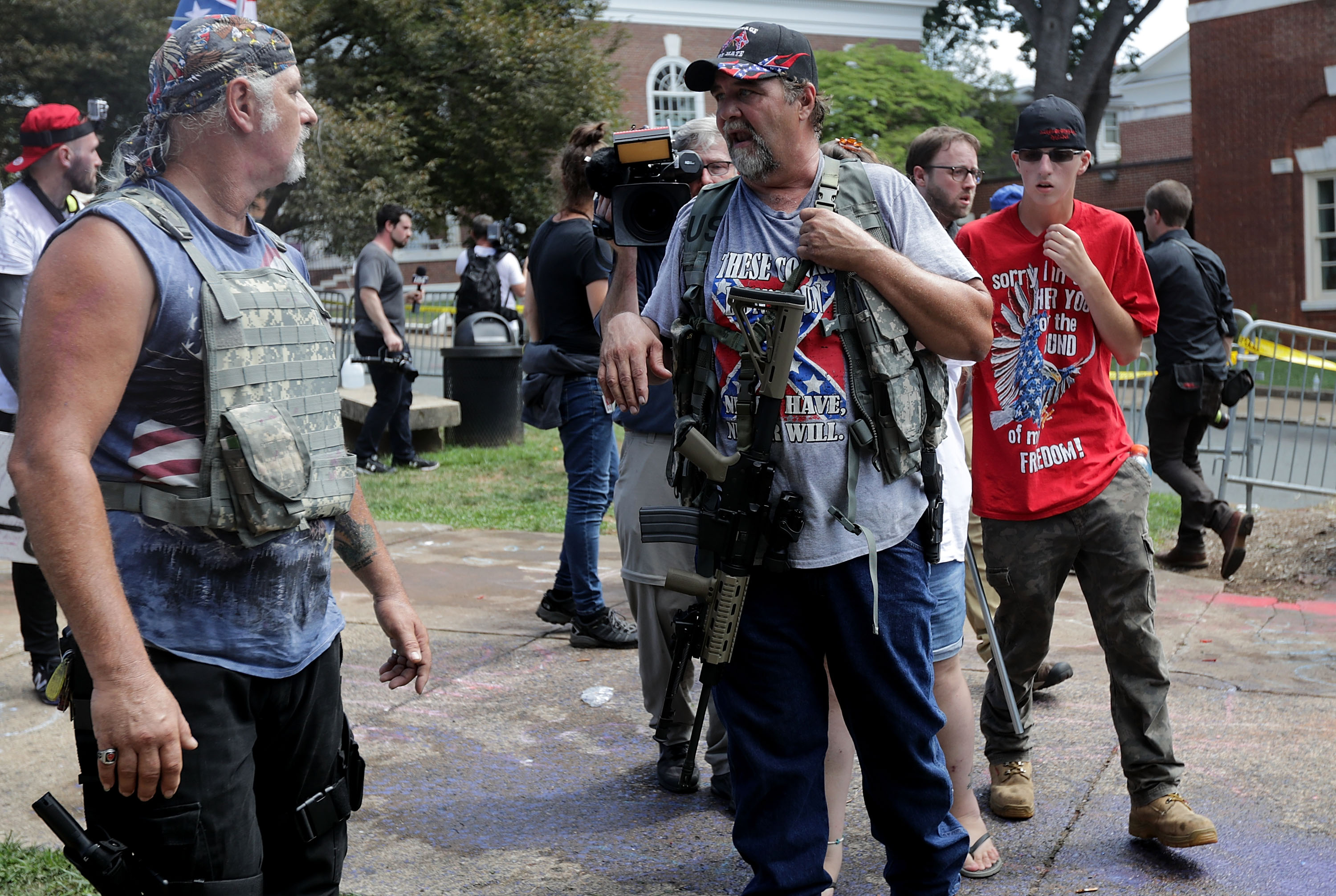 Much of the hearing was dominated by discussions about which domestic threat was greater — that posed by white supremacists or that posed by followers of Black Lives Matter and the antifascist movement known as antifa.

Wray resisted Republicans’ repeated efforts to persuade him to adopt their characterization of antifa as an organization, rather than his preferred choice of words. “It’s not a group or an organization,” he said. “It’s a movement or an ideology.”

But Wray sought to balance his comments, noting that the FBI is currently investigating numerous “violent anarchist extremists” who self-identify with antifa. “Antifa is a real thing,” he said. “It’s not a fiction.” Indeed, the FBI is “actively investigating the potential for violence” from such individuals who have coalesced into “regional nodes” associated with antifa, he said.

By contrast, when asked whether he was aware of “any excessive violence” that could be attributed to Black Lives Matter, Wray said he could not think of a single example.

He added that the FBI has seen cases of “racially motivated” Black defendants who targeted law enforcement, but “whether any of those cases involved some reference to Black Lives Matter, sitting here right now I can’t recall one.”