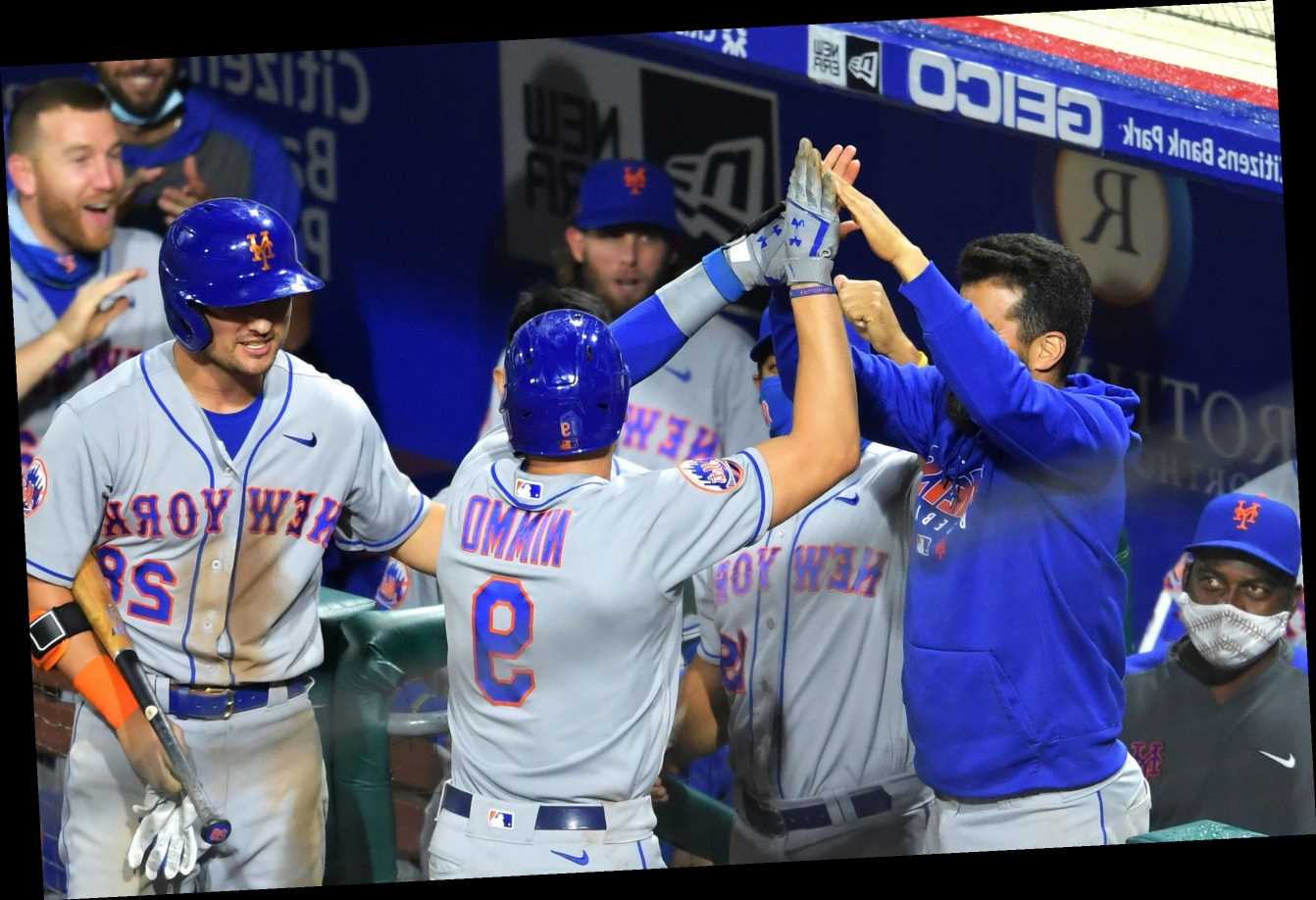 PHILADELPHIA — The yelling from the Mets dugout echoed through the empty ballpark as Brandon Nimmo sped around the bases.

All night the Mets had scraped and clawed following a disastrous Seth Lugo start, and finally they had the lead again. And soon enough, an almost must-needed series victory.

Nimmo’s homer leading off the ninth against Brandon Workman brought in the go-ahead run, and the Mets kept going in a 10-6 victory over the Phillies at Citizens Bank Park.

For a second straight night, the Mets (23-27) fell behind early, received strong relief and let their lineup go to work against an underwhelming Phillies bullpen. The Mets’ postseason chances remain slim, but they are alive as they return to Citi Field for six games against the Braves and Rays.

Nimmo finished 3-for-4, reaching base four times. Smith was 3-for-5 with two RBIs on a night the Mets totaled 11 hits.

The hits were big, but so were the bullpen arms. Erasmo Ramirez, Chasen Shreve, Jeurys Familia, Justin Wilson and Edwin Diaz combined to pitch 7 ¹/₃ shutout innings. Diaz pitched for a third straight day — he had already begun warming up as the Mets were exploding for four runs in the ninth.

Nimmo resurrected the Mets with a two-run triple in the sixth that tied it 6-6. It came after the Mets had knocked out Aaron Nola earlier in the inning. The right-hander was uncharacteristically wild, walking five batters over 5 ¹/₃ innings in which he was charged for five earned runs on five hits.

Lugo’s stuff was flatter than the ballpark patrons in a stint that lasted just 1 ²/₃ innings in which he allowed six earned runs on eight hits, four of them homers.

After Lugo started his night with a strikeout of Andrew McCutchen, the situation took a fast downhill turn: Bryce Harper, Alec Bohm and Didi Gregorius homered in succession. It was the first time a Mets pitcher surrendered three straight homers since June 2018, with Jason Vargas on the mound at Coors Field in Colorado. The Phillies went for the sombrero, but Jean Segura’s shot to right field against Lugo hit the right-field fence and became a triple. Adam Haseley’s RBI single after Andrew Knapp struck out put the Mets in a 4-3 hole.

The onslaught carried over into the second. Lugo recorded two outs before Harper’s second homer of the game — a rocket that hit the facing of the third deck in right field — extended the Phillies’ lead to 5-3. Lugo remained in the game for three additional batters, all of whom reached base. Bohm doubled, Gregorius was drilled by a pitch and Segura’s RBI single widened the Mets’ deficit to 6-3.

Ramirez followed Lugo by pitching 2 ¹/₃ shutout innings. The veteran right-hander has emerged as a secret weapon in long relief, pitching to a 0.73 ERA in four appearances this season.

The Mets parlayed walks to Nimmo and Michael Conforto leading off the game into a big inning against Nola. Smith delivered a RBI double before Cano’s two-run single gave the Mets a 3-0 lead. But the rally died with Pete Alonso’s double-play grounder to end the inning.

Alonso homered in the sixth against Nola to pull the Mets within 6-4. The blast was Alonso’s 12th of the season, which leads the Mets.