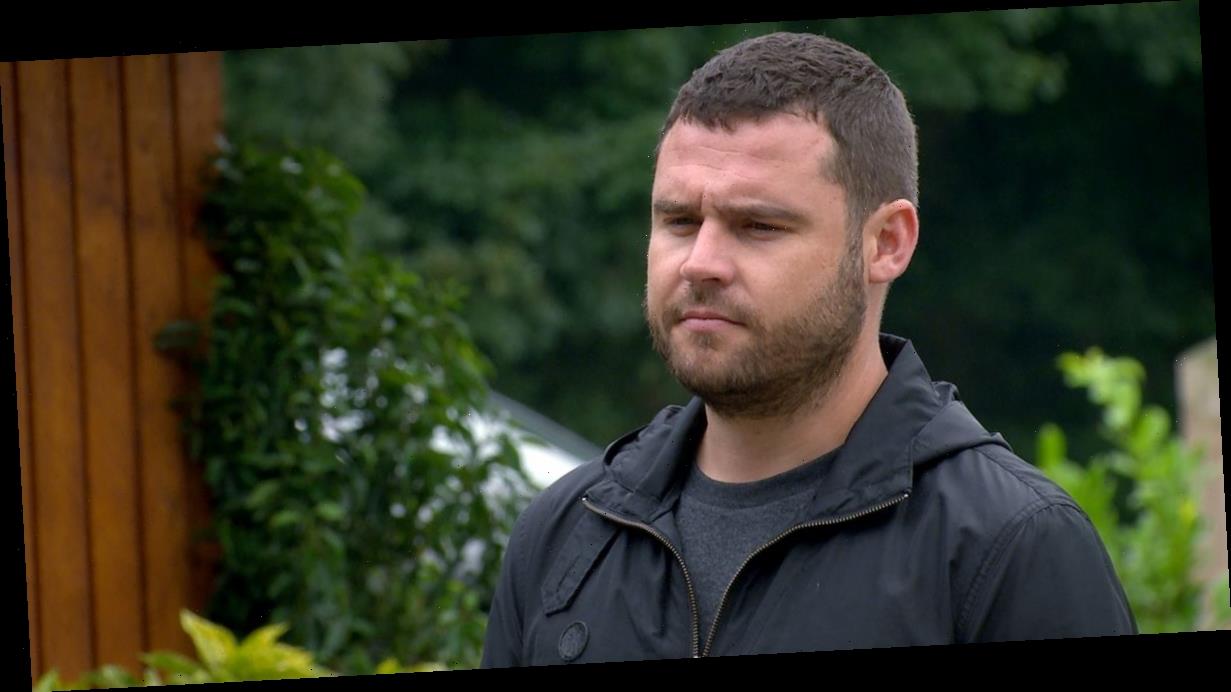 Emmerdale viewers are finally going to see Moira Dingle (Natalie J Robb) learn the truth about her hit and run next week.

Viewers, and a few villagers, know it was Jamie Tate (Alexander Lincoln) and she learns the truth next week.

But Emmerdale spoilers have revealed that's not the only drama happening in the Yorkshire village in upcoming episodes.

That's because Cain Dingle (Jeff Hordley) finds out about Jamie too, and heads off with a bat for some revenge.

Elsewhere, moving away from the darkness of a near manslaughter, there's love in the air for Aaron Dingle (Danny Miller).

It's the start of his new romantic storyline, as it seems Aaron has something for new character Ben (Simon Lennon).

Belle Dingle (Eden Taylor Draper) is still dealing with having her family completely turn against her.

Soon, Andrea Tate (Anna Nightingale) lets slip to Moira that Jamie is dangerous, but backtracks when she pushes for more information,

After Jamie allows Andrea to see their daughter, he brags about winning her round and that she's falling for her lies – but she hears everything.

Andrea storms off to Moira and tells her how Jamie hit her and left her for dead.

Moira confronts Belle, who plays dumb, but both she and Cain aren't convinced.

After learning the truth about Moira's hit and run, Cain storms off in pursuit of both Jamie and Belle.

Belle tells Jamie that Moira knows what's happened and they head off to the lake so she can see that the evidence from the car is gone.

Jamie declares his love for Belle but the happy moment is ruined when a menacing Cain approaches armed with a bat.

A vengeful Cain confronts the duo, but Belle has something to get off her chest.

Liv Flaherty (Isobel Steele) comments on how often Aaron has been visiting the Hide, and she reckons she knows why when she catches him staring at Ben.

Al Chapman (Michael Wildman) introduces Aaron to Ben, and it's clear there's something between the pair.

The next day, Chas Dingle (Lucy Pargeter) encourages Aaron to go for a kayaking session with Ben.

Ben is incredulous when Aaron turns up, and tells him he must have bad memory, storming away and leaving Aaron confused.

Later on, Ben reveals to Aaron that he had bullied him at school for being gay, and it suddenly all returns to him.

He goes on to try and repair things and apologises for bullying him during their childhood.

There's a second date arranged, and Aaron hopes that it could lead to something quite special.

This will be Aaron's first romance since his husband Robert Sugden (Ryan Hawley) got sent to prison, but will it go smoothly?

Aaron has a history of rocky relationships, though fans loved him with Robert, so only time will tell how this turns out.