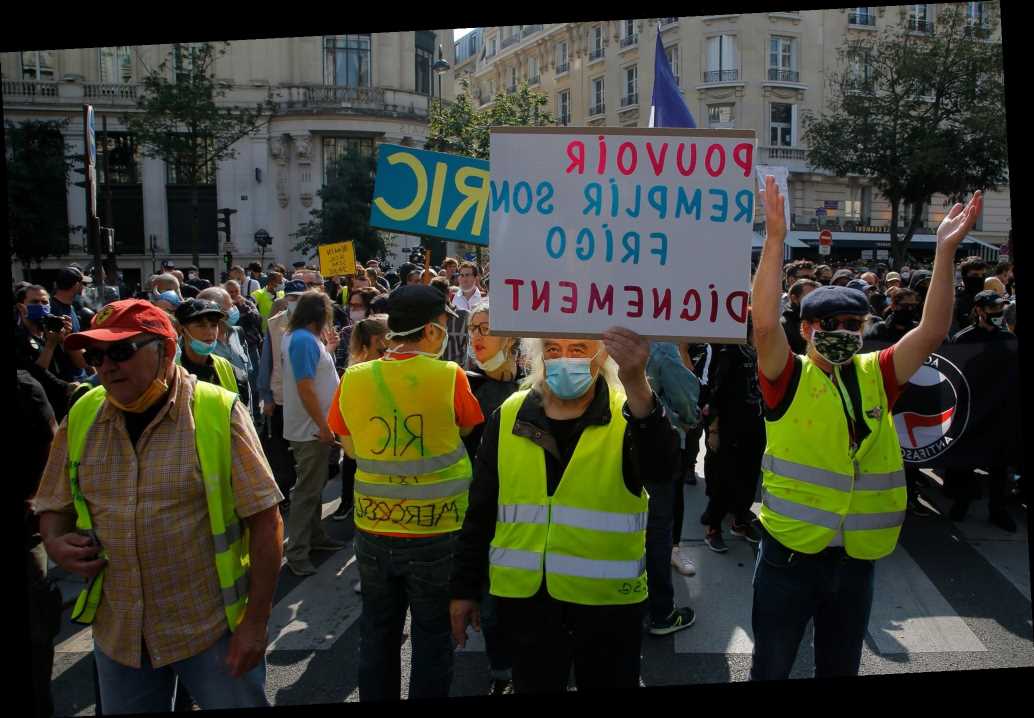 Protests in Paris erupted in violence on Saturday as hundreds of rioters took to the streets amid a heavy police presence and clouds of teargas to drive back the protestors.

Videos uploaded to Twitter showed black-clad rioters stomping on a parked car and later setting it on fire. Another video showed an elderly man intervening to stop a rioter from smashing a car, only to be shoved to the ground by the rioter.

By 1 p.m. Paris time, police had made more than 150 arrests, mainly on concealed weapons charges, according to a tweet from Paris police that also showed an image of the knives, sticks and mallets they had seized from the demonstrators.

The black-clad anarchists who rampaged through city streets mixed with hundreds of peaceful protestors who were demanding social justice and increased environmental protections.

Jean-Marie Bigard, a comedian and self-appointed presidential candidate for the Gilets Jaunes, or Yellow Jackets, was booed by members of the Yellow Jackets at one of the marches in Paris, and called a “collaborator” after he distanced himself from one of the leaders who referred to the police as “Nazis.” Bigard had to take refuge in a cafe after protestors threatened him, according to French news reports.

The national day of protests were called by the movement after a hiatus during the coronavirus lockdown. Several hundred protestors gathered near two squares in Paris, where stores had been boarded up with plywood in anticipation of the authorized marches. Police had banned the group’s protests two years ago when rioting against the government of French President Emmanuel Macron turned violent. 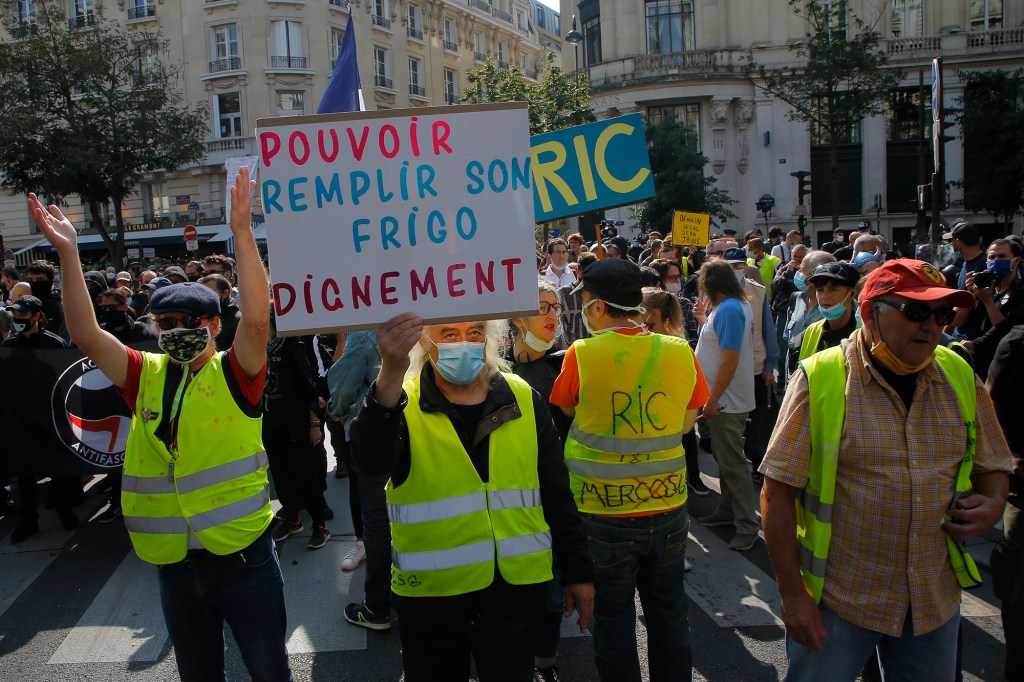 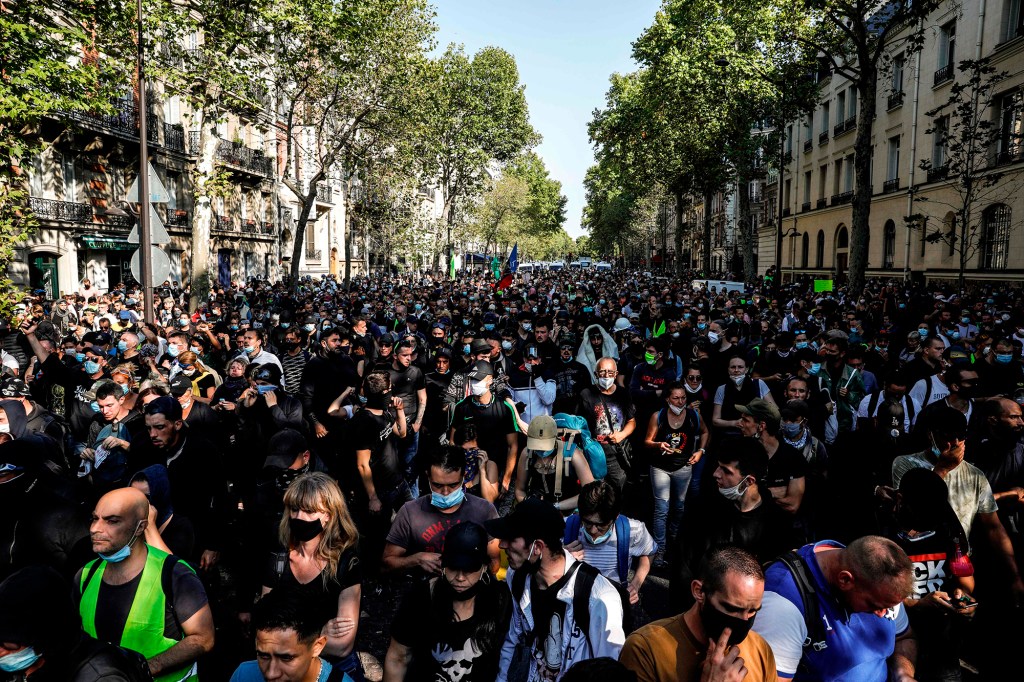 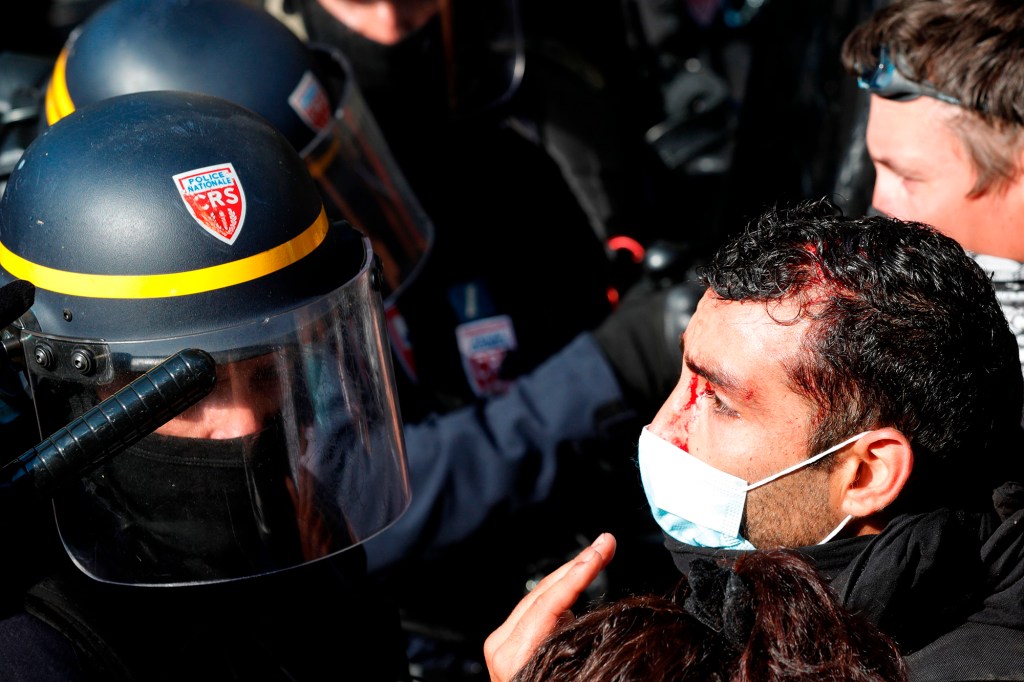 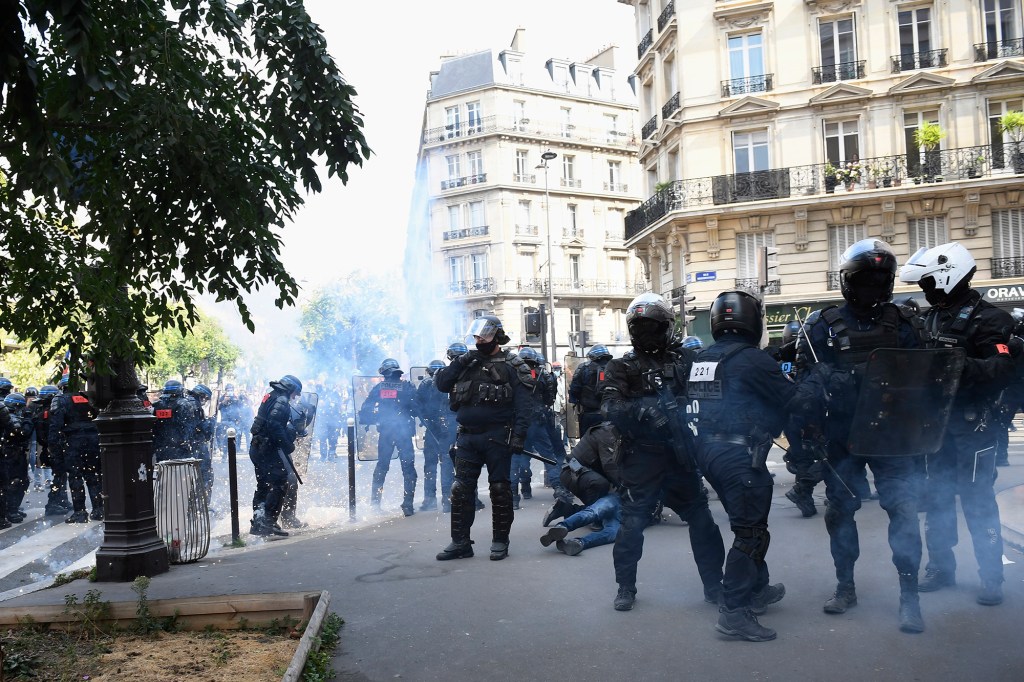 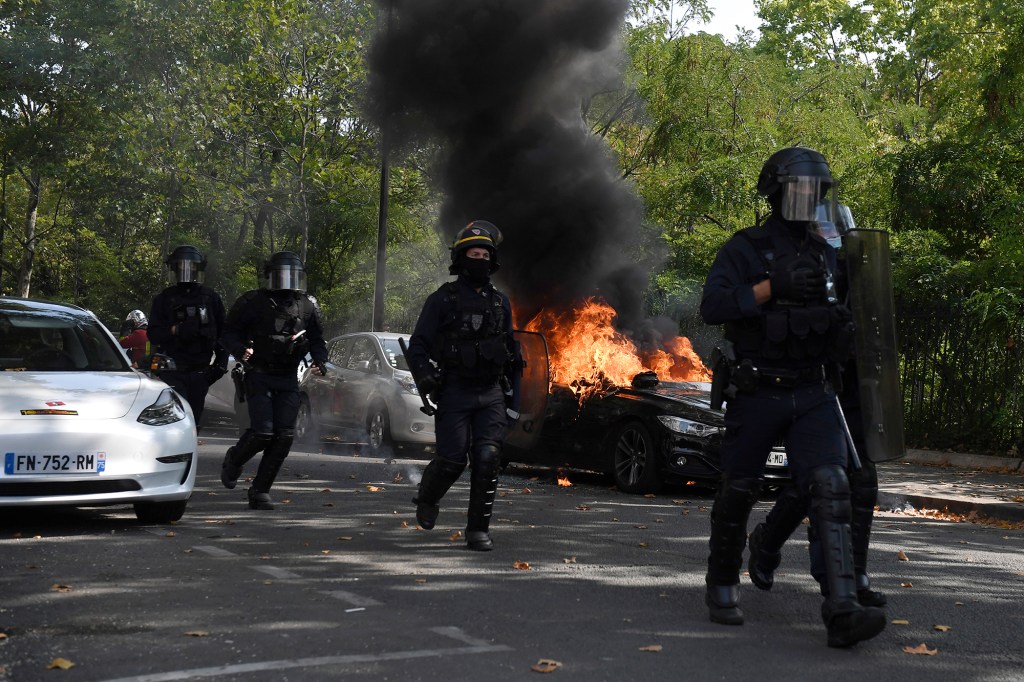 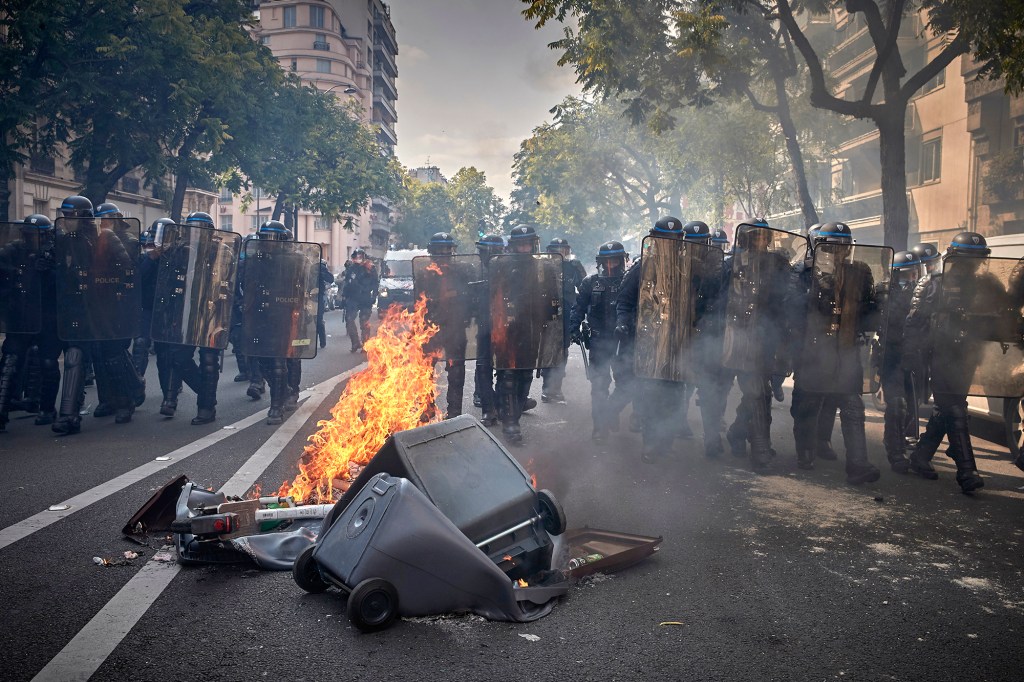 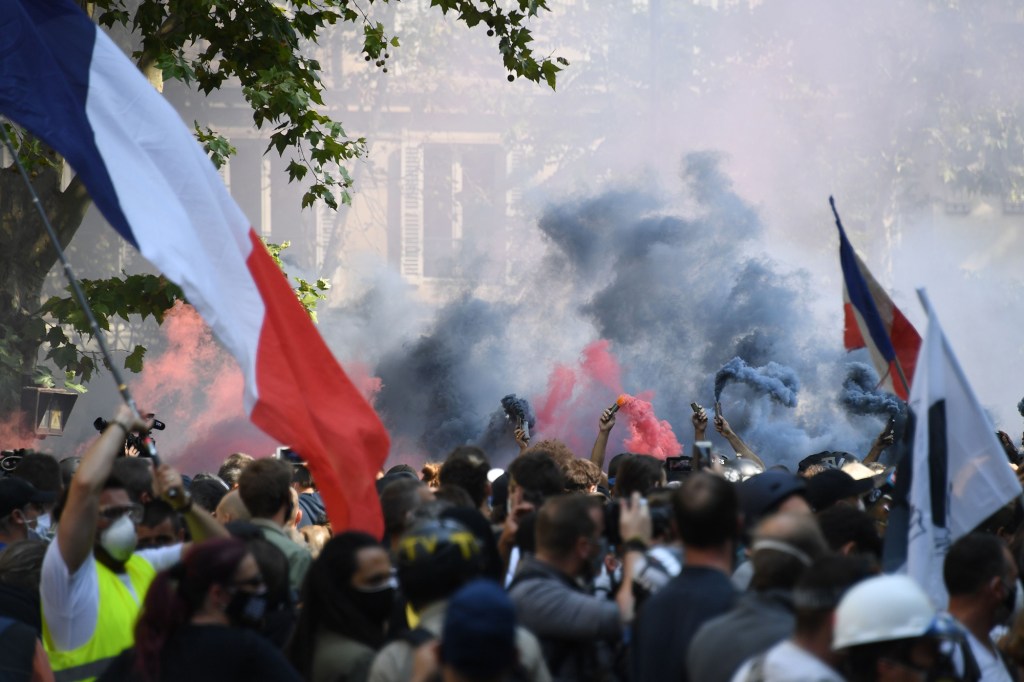 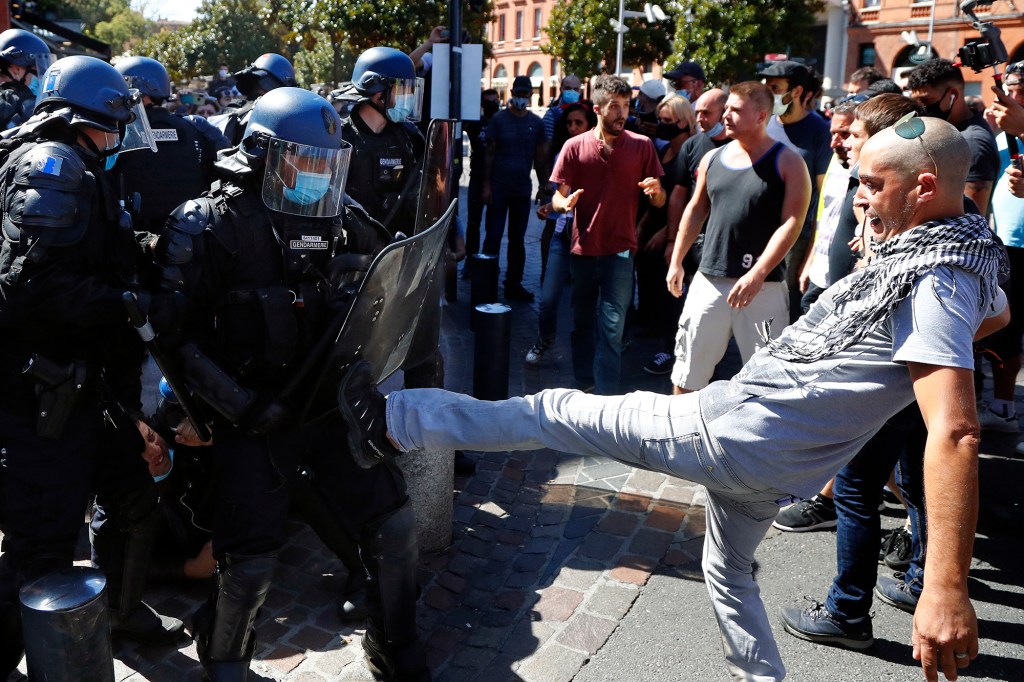 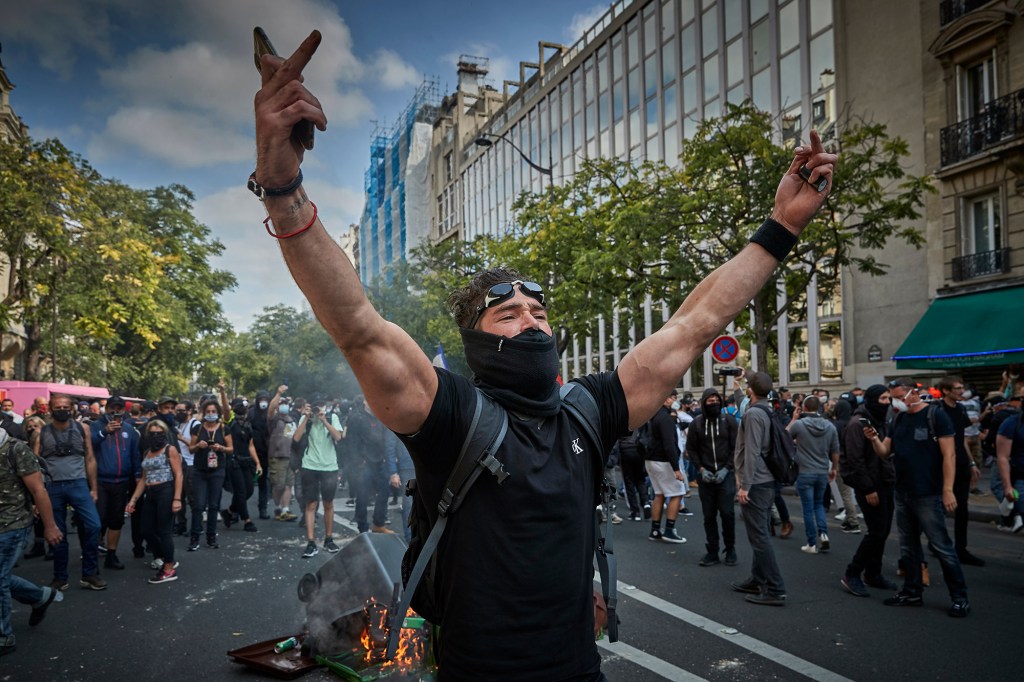 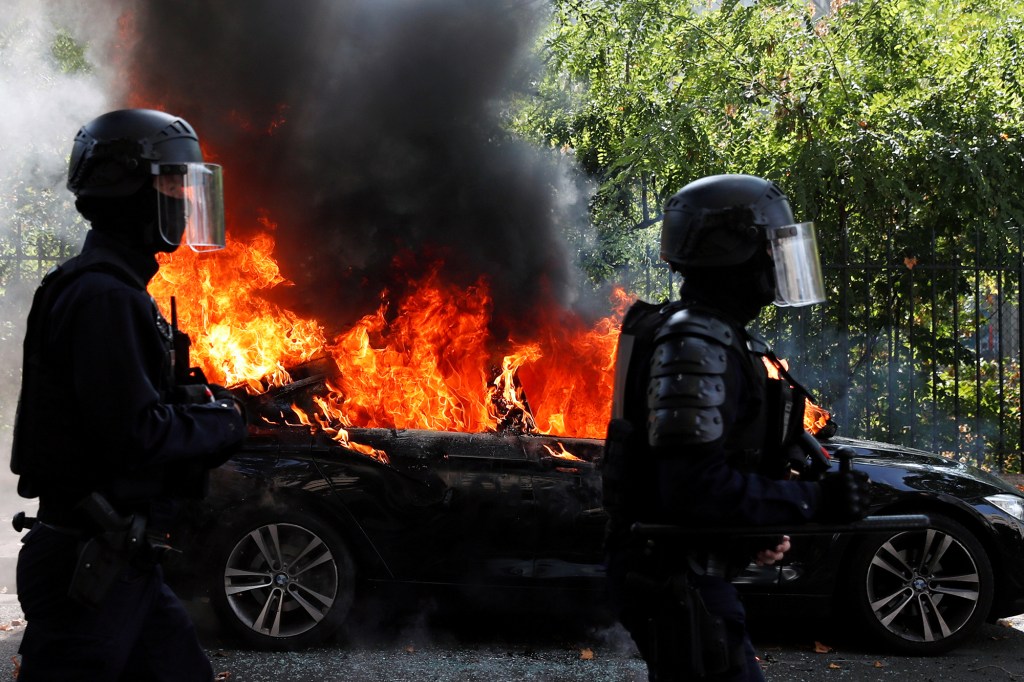