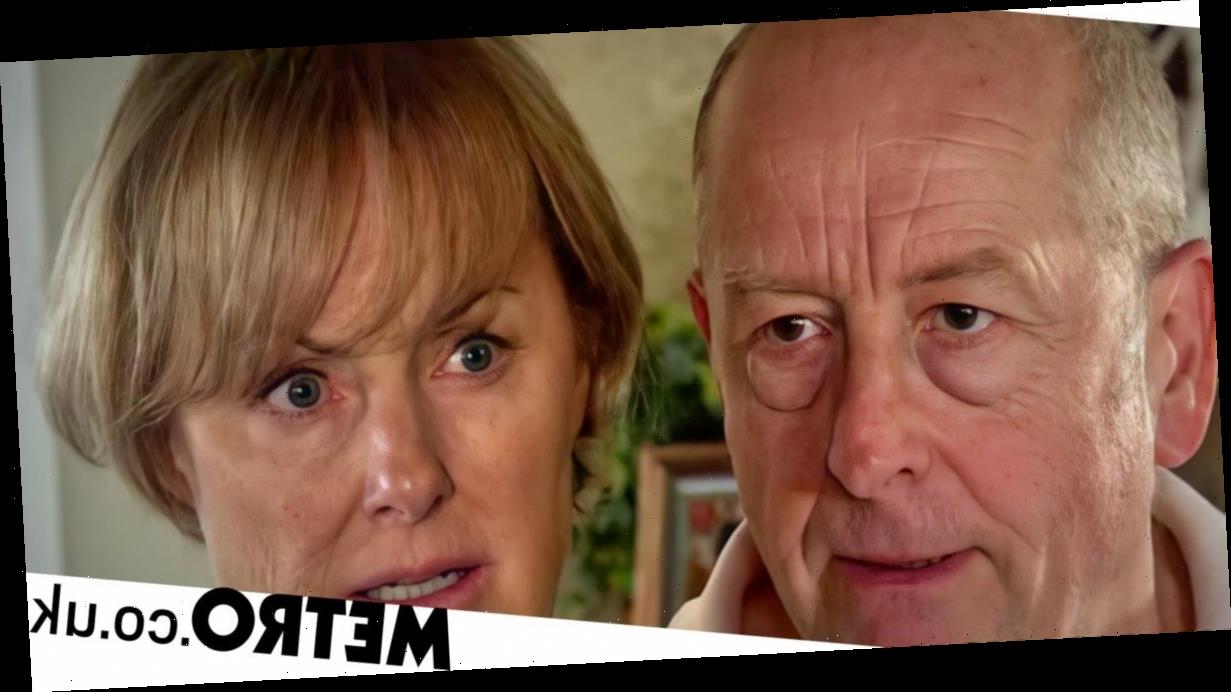 Sally Metcalfe (Sally Dynevor) found herself in extreme danger in Coronation Street, as evil Geoff (Ian Bartholomew) threatened to destroy her — but just how far will he go?

Convinced that the existence of such cameras could prove instrumental in rescuing Yasmeen (Shelley King) from a life behind bars, Sally decided to investigate further.

Therefore, she formulated a clever plan.

Sally asked Faye (Ellie Leach) for her spare key to No.6, claiming that she wanted to retrieve a copy of Jane Eyre for Yasmeen.

The young girl bought Sally’s story, and handed her the keys, and thus Sally entered No.6 while Geoff was out of the property.

She soon set her sights upon Geoff’s laptop, and put it in her handbag, but the abuser returned home — which resulted in Sally hiding in the kitchen.

She thought she’d successfully evaded him, as he went upstairs, but as she headed for the door, Geoff appeared before her.

The sinister man demanded an explanation as to why she was in ‘his’ home, but Sally covered her tracks well, using the same cover story as before.

When Geoff demanded that she show him the item she’d procured, Sally removed a book about magic from her bag, claiming that she simply couldn’t find Jane Eyre.

However, she became scared when Geoff proceeded to threaten her — and fully admitted that he was doing so.

Will Sally escape with the laptop?

Or will Geoff perhaps take her hostage in an effort to prevent her from turning Tim against him?