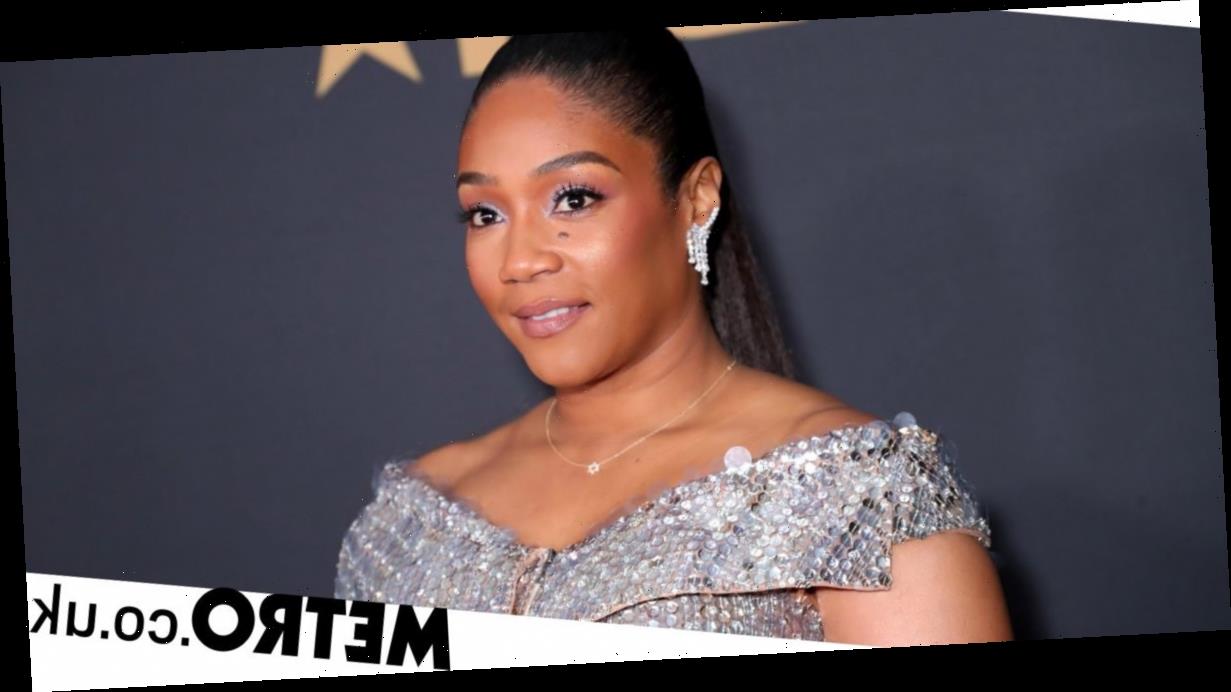 Tiffany Haddish has revealed she tested positive for coronavirus.

The 40-year-old shared that she has undergone 12 tests for the virus, after a movie she was working on got shut down because of Covid-19.

The Girls Trip actress filmed an interview with Dr. Anthony Fauci about the virus and how it affects the black community, and revealed that she tested positive despite not having any symptoms.

Her first test came after an actor who was on set in Mississippi to film a few scenes on Paul Schrader’s drama The Card Counter, which Tiffany stars in alongside Oscar Isaac and Willem Dafoe, was diagnosed with Covid-19.

Haddish said: ‘I was working on a movie, and someone in the movie contracted coronavirus, right? I wasn’t in direct contact with them, but they sent all of us home and stopped the movie. Then they suggested that I go get tested. I went and got tested, got the results two days later, they said I did not have the coronavirus.

‘Then someone else I know who was around the week before, they contracted the coronavirus and so I went and got tested again… Anyway, I get the test, I’m not feeling any symptoms or anything, it comes back two days later and they say I did have the virus.’

The comedian continued: ‘Then I went and tested again, didn’t have the virus, and then I got tested for antibodies, they said I had antibodies. That was three months ago, I’ve been tested 12 times now because I’ve been working and everything.

‘Then I get tested again, no virus, and then I had them test me for antibodies again, and then they said I don’t have any antibodies. So I think I’m superhuman.’

Dr Fauci praised Tiffany for getting tested and quarantining when she tested positive, saying: ‘The most important thing is that you have the societal responsibility not to be propagating the outbreak. To be part of the solution, not the problem.’

The pair went on to speak about how Covid-19 can take a greater toll on black and Latinx people, in the video shared to Tiffany’s YouTube channel.

Dr Fauci explained: ‘Not only do they have a greater chance of getting infected, because they usually – not always, it’s dangerous to generalise – but people know they usually have jobs that don’t allow them to talk to a computer. They’re out on the front lines, doing the manual labor jobs that require interaction with people.

‘Then when you look at the African American and Latinx population… they have a much greater likelihood of having the underlying conditions that means that when you do get infected, you likely would have a serious outcome.’

Tiffany is the latest in a string of high profile stars who have tested positive for the virus.

This week, Dwayne ‘The Rock’ Johnson revealed he and his family had all been diagnosed with coronavirus, while Kevin Hart told an audience he had battled the virus earlier this year.

And Robert Pattinson has reportedly tested positive, leading to a shutdown of the production of The Batman.