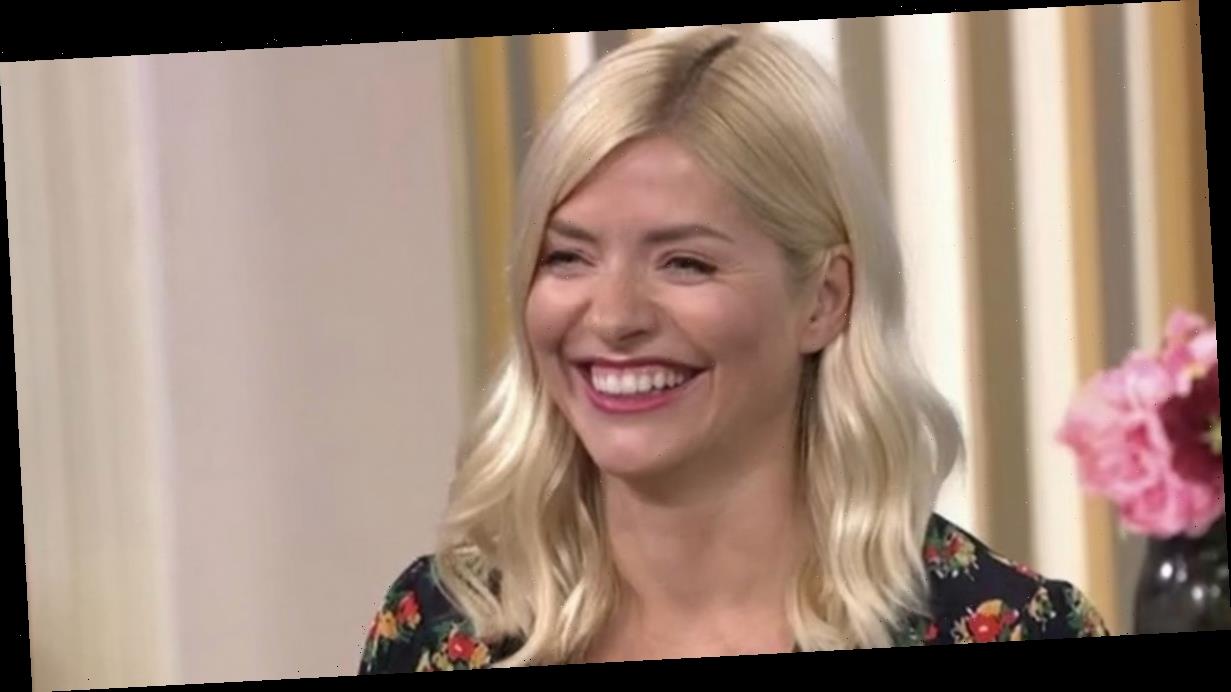 Holly Willoughby couldn't help but blush while filming today's This Morning, as she was caught stuffing an item inside her bra.

The 39-year-old presenter, and her co-host Phillip Schofield, were joined by author Emma Lucy Knowles on the show, discussing crystals and positive energy.

In light of the segment, Phil and Holly were given a crystal each to help cleanse their auras in the ITV studios – but they weren't sure where to keep them.

Phil decided to stuff his down his pants, as Holly watched on in fits of giggles from the other side of the sofa.

Through her laughter, she added: "That's a safe place to put it."

The 60-year-old presenter joked the crystal had "improved his aura" while inside his pants, saying: "It's all right for the moment."

Gesturing around him, he added: "Look at my aura!"

Inspired by her colleague, Holly suddenly scooped up her crystal and stuffed it down the front of her dress, looking a little coy as the camera picked up on it.

As gadget expert Steve Wilson remarked on the crystal in Phil's pocket, he replied: "You've not been watching Steve, it's not in my pocket any more."

He revealed: "It's in my pants and Holly's in her bra!"

Holly couldn't hold back her laughter as she tried to compose herself, her cheeks flushing pink as she giggled over the crystals.

Later, Emma returned to the show to offer help to callers, in light of the lessons taught in her book You Are A Rainbow: Essential Aura.

Holly revealed Emma was a longtime pal, as she added: "I know Emma very well I should say I speak to her all the time."

This Morning airs on weekdays at 10am on ITV