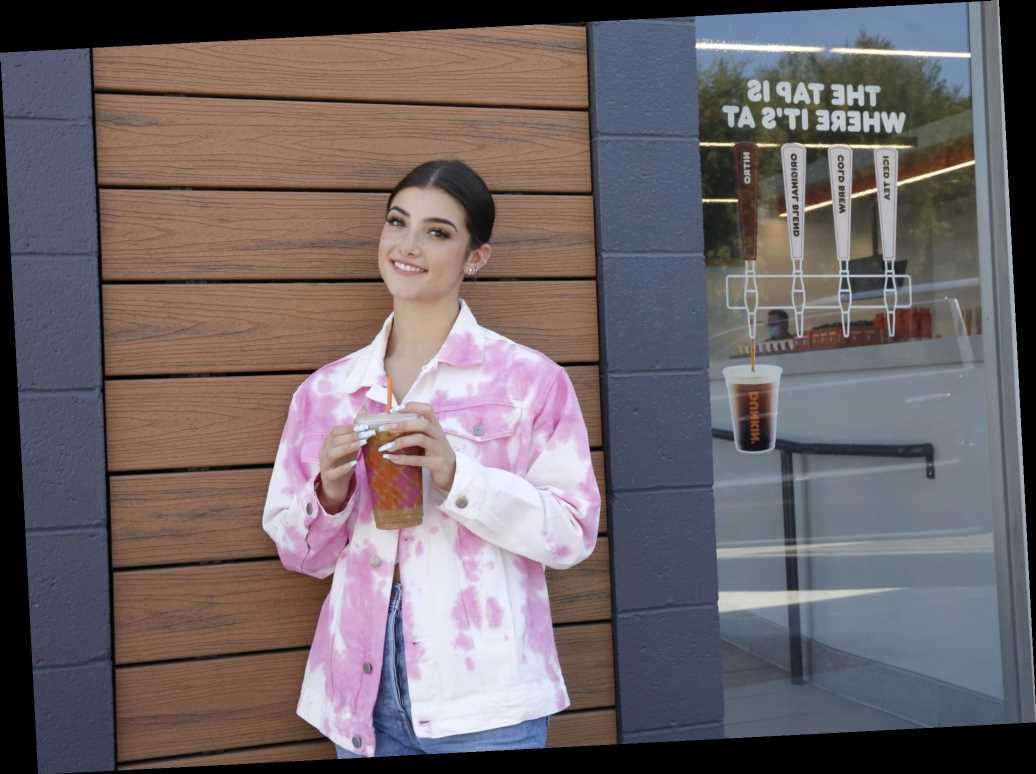 It's official: Charli D'Amelio has her very own Dunkin' drink.

The TikTok star has partnered with the coffee chain to create her own custom coffee drink, named "The Charli." Starting Wednesday and for a limited time, fans of the social media star can order her go-to drink straight off the menu: a Dunkin' Cold Brew with whole milk and three pumps of caramel swirl.

"I never really thought that that was going to happen," D'Amelio, 16, tells PEOPLE. "But I'm a very loyal customer, so I'm glad they noticed that."

Fans first noticed D'Amelio's love for iced coffee in her countless TikTok videos, which often show the teenager taking a sip from her drink before launching into the latest viral dance trend.

"There's always those few seconds of music before a dance starts, and I'm super awkward sometimes, so I would just take a sip of coffee before I started dancing, and people started to associate me with it," she says. "My life is pretty much on the internet, so I might as well tell everyone what I'm drinking, and it was always Dunkin' coffee." D'Amelio says she first started drinking coffee in 8th grade when she would "beg" her mom to stop at Dunkin' on the way to school in the mornings.

"It became our morning routine," she says, adding that she kept the tradition going when her older sister, Dixie D'Amelio began driving her to school. "I would get out and grab the iced coffee and come back to the car. It became a way for [my sister] Dixie and me to bond." Dunkin is offering those who order the drink ahead using their app 100 bonus points. And beginning September 9, Dunkin’ will also be launching a contest, which will reward five winners the chance to video chat with D’Amelio on National Dance Day (September 19).

D'Amelio, who has over 80 million followers on TikTok, also created a dance in honor of the partnership.

"Dunkin' actually made a song that's about my drink, which is super, super cool," she says. "I made a little fun dance to it. So that will be something that I hope I will get to see a lot of people do on TikTok."