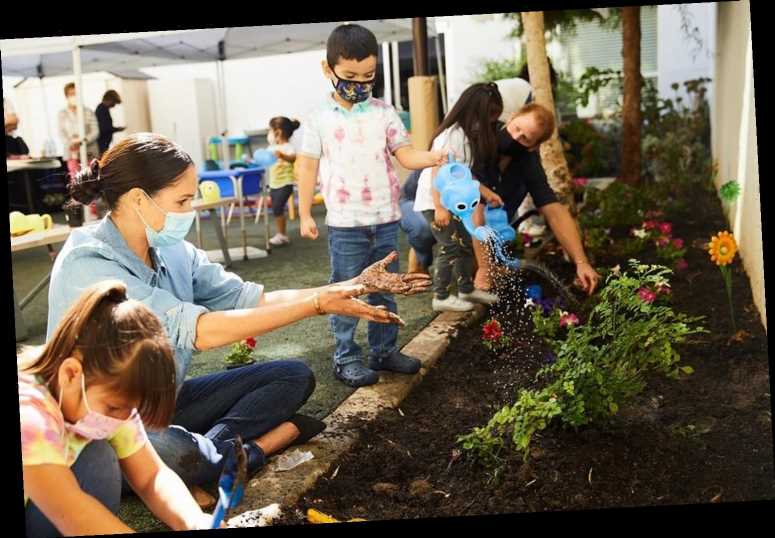 Meghan Markle and Prince Harry’s special outing to a preschool in Los Angeles on Monday didn’t mark the first time they visited the school.

The Duke and Duchess of Sussex previously volunteered at the Preschool Learning Center, which is close to where Meghan attended middle and high school, says a source.

Meghan and Harry, who are parents to 1-year-old son Archie, joined children and teachers at the L.A. school on Monday as they planted flowers and vegetables in their garden. Their visit coincided with the 23rd anniversary of the death of Harry’s mother, Princess Diana. The group planted forget-me-nots (Diana’s favorite flower) in her honor.

“Everyone got their hands dirty digging holes for the new plants and seeds and making sure they were secure with enough soil,” the source says.

RELATED: Watch Meghan Markle and Prince Harry’s Most Unguarded Moment Yet in Their New California Community The couple has taken part in several volunteering efforts since they moved to California in mid-March. They are now living in the Montecito area of Santa Barbara.

Earlier this month, they took part in a drive-through event with Baby2Baby, an L.A.-based national nonprofit organization. On several occasions, including Easter, they also distributed meals to people living with critical illness through Project Angel Food, a non-profit charity that cooks, prepares and delivers meals to people living with critical illnesses who are at greater risk during the COVID-19 pandemic. "What Meghan said is she wanted to show Harry Los Angeles through the eyes of philanthropy. It’s just beautiful,” Project Angel Food’s executive director Richard Ayoub told PEOPLE at the time. “There’s obviously a great deal of love and selflessness between them."