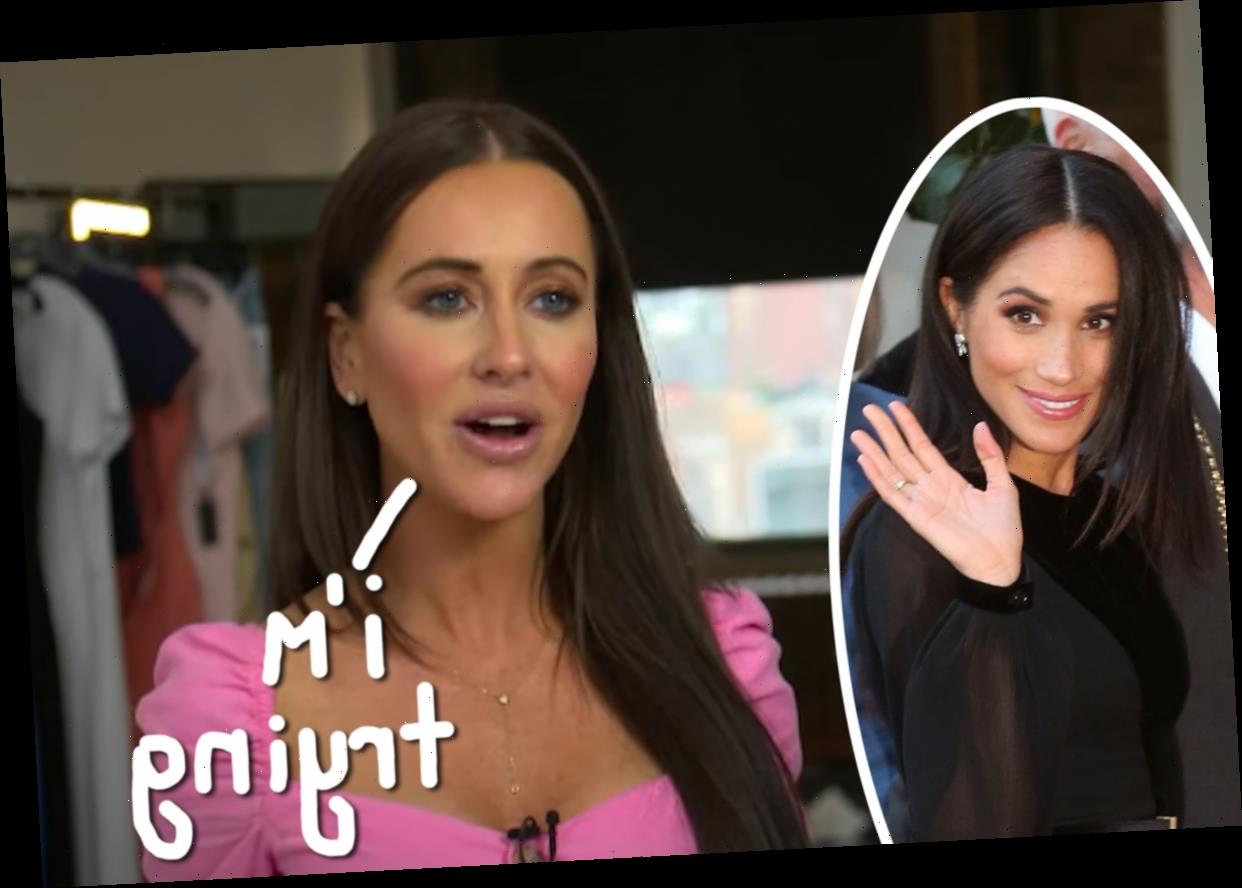 Last week she posted, and later deleted, a throwback to ex-BFF Meghan Markle‘s May 2018 wedding amid rumors of their friendship imploding. Now instead she’s reflecting on the “difficult decisions” that everybody goes through, seemingly including herself!

On Tuesday, the fashion stylist uploaded a photo of a short poem by Tyler Knott Gregson which read:

“At the close of this day find the courage to hold hope, to breathe deeply and believe that better days will come.”

She captioned her semi-cryptic post with her own interpretation of the words:

“Everybody is going through their own difficult decisions at the moment. Let’s not guilt anybody for whatever choice they make whether about schooling their children or in business and know that better days are coming.”

Yes, let’s not guilt anyone about school or business or using-your-Black-friend-as-a shield-against-racism-accusations for instance.

As we’ve previously shared, the mother of three recently returned to the ‘gram with her account set to private after a hiatus following the fallout from her “white privilege” scandal, which has since left her without much work and without a royal bestie.

As you’ll recall, this all started when influencer Sasha Exeter accused Mulroney of exhibiting “textbook white privilege” and threatening a lawsuit against her after encouraging others in their online community to speak up about the Black Lives Matter movement. The former Good Morning America fashion contributor apologized, even including a nod to the Suits alum:

“As I told you privately, I have lived a very public and personal experience with my closest friend where race was front and centre. It was deeply educational. I learned a lot from that. I promise to continue to learn and listen on how I can use my privilege to elevate and support black voices.”

Though Meg has yet to speak out about their collapsed friendship, a source previously shared with Us Weekly that the Duchess of Sussex was NOT thrilled with being dragged into the mess:

“Meghan could not get over that Jessica brought up her relationship with Meghan when she commented about her ‘closest friend’ in the discourse with Sasha. That was hugely offensive to Meghan and the deciding factor for her. Meghan considers the relationship to be done.”

A second insider added at the time:

“Of course Meghan is supportive of Jessica, as she is with all of her friends, but it’s a bit off-putting when Jessica seemingly uses their friendship for headlines. Meghan is very aware when people in her life do this… Especially now that Meghan is in L.A. and it’s a sensitive time, Meghan is being very cautious with her affiliations.”

It seems like they have yet to make amends, and it doesn’t sound like that will be happening any time soon… if ever!