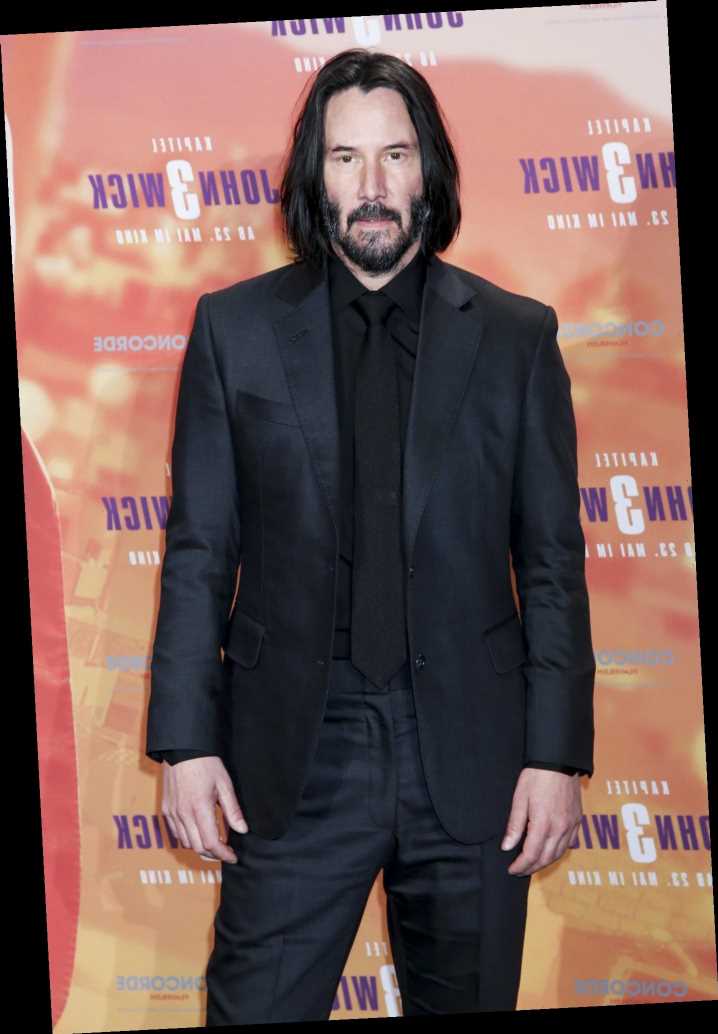 The Matrix star may be famous for his action-packed roles, but there’s something about the way he approaches quotidian tasks that is fascinating to watch — dare we say even more so. One fan has even dedicated a Twitter account (@keanuthings) to the art of “Keanu Doing Things,” which consists entirely of photos of the brooding actor, well, doing things: Keanu wearing hats, Keanu stretching, Keanu failing at taking a selfie. And while those things may seem mundane, Reeves, by some mysterious and mystical grace, makes them remarkable. In honor of the actor’s 56th birthday on Sept. 2, we’re exploring all the reasons we love to watch him do…well, just about anything. A picture is worth a thousand words … and in this case, thousands of memes. “Sad Keanu” went viral after Reeves was photographed eating a sandwich alone on a bench in June 2010, prompting legions of fans to photoshop him into various situations that gave his apparent despair some context — like Keanu sitting amidst stray cats, or moping beside an equally glum giant panda.

In a display of the affable attitude he’s known for, Reeves later admitted to Vulture that while he’d only seen the original photo, the idea of the memes sounded “so funny.” He can laugh at himself, he can eat by himself … is there anything the man can’t do?? What’s better than one Keanu? Keanu (on horseback!) and his lookalike stunt double — not to mention the resemblance between the (literally) well-suited duo and their trusty steed, whose long, silky mane gives them a run for their money.

He Does His Own Grocery Shopping Does Keanu Reeves cook? What does he like to cook? Does he have a bench in his apartment that he eats on? These are the questions that keep us up at night.

He Rides a Motorcycle The actor has played a number of action heroes on-screen, but perhaps his greatest, most badass role is that of himself.

But what if he wasn’t Keanu Reeves? What if he had changed his name at the start of his career, as he revealed his agent had urged him to do during an interview on The Tonight Show Starring Jimmy Fallon?

What if Keanu Reeves was … Chuck Spadina? This is not a joke. That is truly the name that he came up with for himself after he “went to the ocean” (of course he did) to reflect on what could have been a life-altering decision. When his agents seemed unimpressed, he threw out another option: Templeton Page Taylor. Needless to stay, they stuck with Keanu, and the world is a better place for it.

He Fully Dedicates Himself to Every Task Reeves’ mixture of concentration, bemusement and fear as he tugged on a ribbon to ring a bell at the Japan premiere of John Wick: Chapter 2 is how we should all strive to approach whatever challenges come our way, no matter how big or small (or loud).

He (Maybe?) Knows How to Throw a Baseball Why is it that watching Keanu throw a baseball is so much more entertaining than watching just about anyone else do anything? Honestly, we’re not sure. We’re not so sure about his form, either, but we do have complete confidence in his biceps. Keanu’s reaction to this fan running onto the set of John Wick: Chapter 2 to give him flowers is the purest thing we’ve ever seen. Yes, we wish we’d thought of it first. But anything that sparks joy for Keanu, sparks joy for us. First there was “Sad Keanu,” and then there was “Happy Keanu.” The photo of a delighted Keanu skipping down the street with a camera in hand nearly broke the Internet when fans believed it to be a photo of him running from a paparazzo whose camera he’d stolen.

The photo was actually taken while he was filming a scene for his 2012 film Generation Um …, but that doesn’t mean it brings us any less joy. Look how happy he is! It melts our hearts.

He Has a Sweet Tooth Another day, another viral photo of Keanu making a face while eating alone on a bench. In fact, there’s more than one photo — there’s an entire montage, and it’s truly mesmerizing. This is prime fodder for a post-breakup meme if we’ve ever seen one.

He’s Even Cuter When Surrounded by Puppies Reeves recently sat down with BuzzFeed and a gaggle of adorable puppies to answer some fan questions, and nothing has ever been so pure. We swear, he doesn’t look so sad in the rest of the video.

“Look at how cute you are! You’re like a cutie pie, a cutie pie!” he cooed as the pups scampered around him. And as if Keanu surrounded by puppies wasn’t already the most heart-warming thing on earth, his trademark dry humor and humility made for some perfect Q&As.

“What is your secret for always staying down to earth?” one question read. He laughed: “I mean, gravity.”