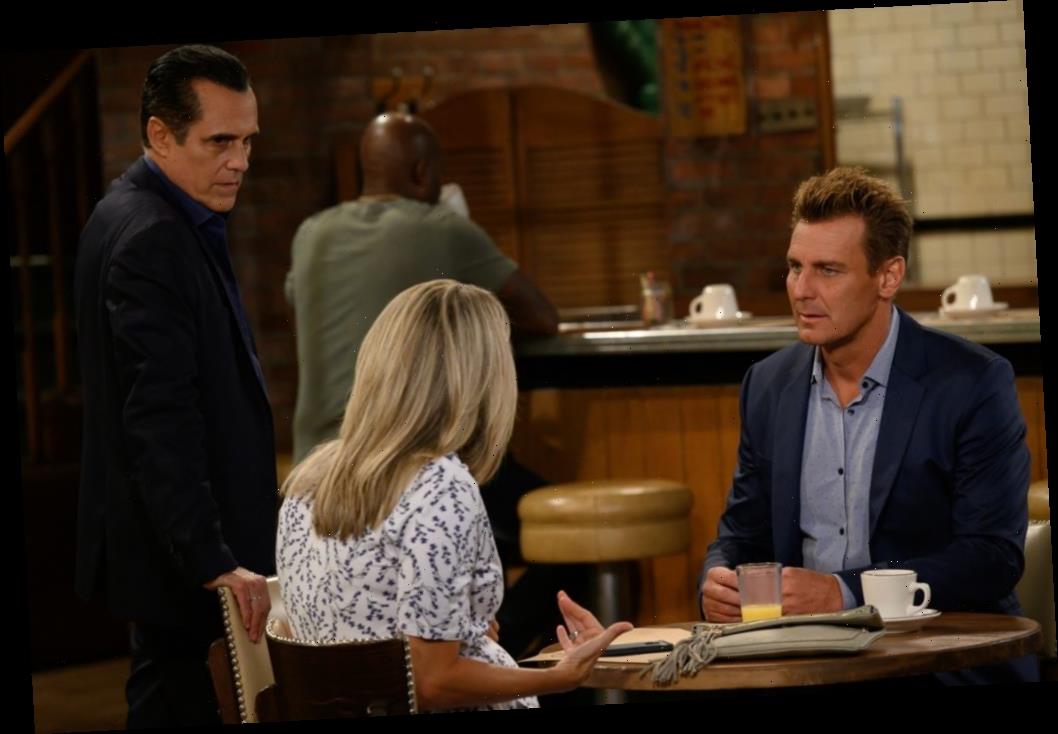 As with many soap operas, General Hospital is filled with complicated relationships between different characters. In a world where friends can easily become enemies and exes can become lovers again, viewers are always kept on their toes about what could happen on General Hospital.

One story that has been slowly developing on the show is the friendship between Carly Corinthos (Laura Wright) and Jasper “Jax” Jacks (Ingo Rademacher). The two are exes with the added bonus of Jax being an enemy of Carly’s current husband, Sonny Corinthos (Maurice Benard). However, Carly and Jax seem to be getting closer, and Benard himself has a few words to say.

Carly is married to Sonny on ‘General Hospital’

Carly and Sonny have an iconic story on General Hospital. They first got together in 1999 and have been through countless break-ups and make-ups. In fact, Carly and Sonny have married three times. They are currently on their fourth marriage together, which began in 2015.

Carly and Sonny have two children together: Morgan and Donna. However, they each brought to their marriage a few children with other people, so their parenting journey includes seven kids in total.

Carly has history with Jax

In the early 2000s, during one of Carly’s “off” periods with Sonny, she started developing a relationship with Jax, one of Sonny’s enemies. Carly and Jax even got married in 2007 and have a daughter named Josslyn.

However, Carly and Jax divorced in 2013, but they have reunited a few times throughout the years, mostly in the form of kisses and one-night-stands. Nevertheless, they seem to just have a good friendship and co-parenting relationship together.

How does Maurice Benard feel about Carly getting closer to Jax?

Although Carly and Sonny are still married, Carly seems to be getting closer to Jax in recent months.

This past week, their friendship became strengthened with a secret. After Carly witnessed her half-sister Nelle Benson falling off a cliff, Jax convinced her to hide that fact from investigators. In Jax’s views, Carly, who is the wife of a mobster and who does not have a good history with Nelle, could easily be accused of pushing Nelle off the cliff. Carly decided to follow Jax’s advice and not tell anyone about what really happened.

On Sept. 1, General Hospital’s account on Twitter posted a preview for a new episode with the caption, “Jax is concerned for Carly’s mental health, West Coast. Has Nelle returned from the grave to haunt her?”

In response to the tweet, Benard decided to share his thoughts on the recent development between Carly and Jax. He wrote, “Oh please give me a break not again.”

Wright joined in on the fun and replied to Benard. “Jelly,” she said, referring to the shortened form of the word “jealous.”

Of course, it’s not clear if anything serious will occur between Carly and Jax. After all, Jax is not single either—he is currently in a relationship with Nina Reeves. To find out what will happen on General Hospital, tune in to the show every weekday.