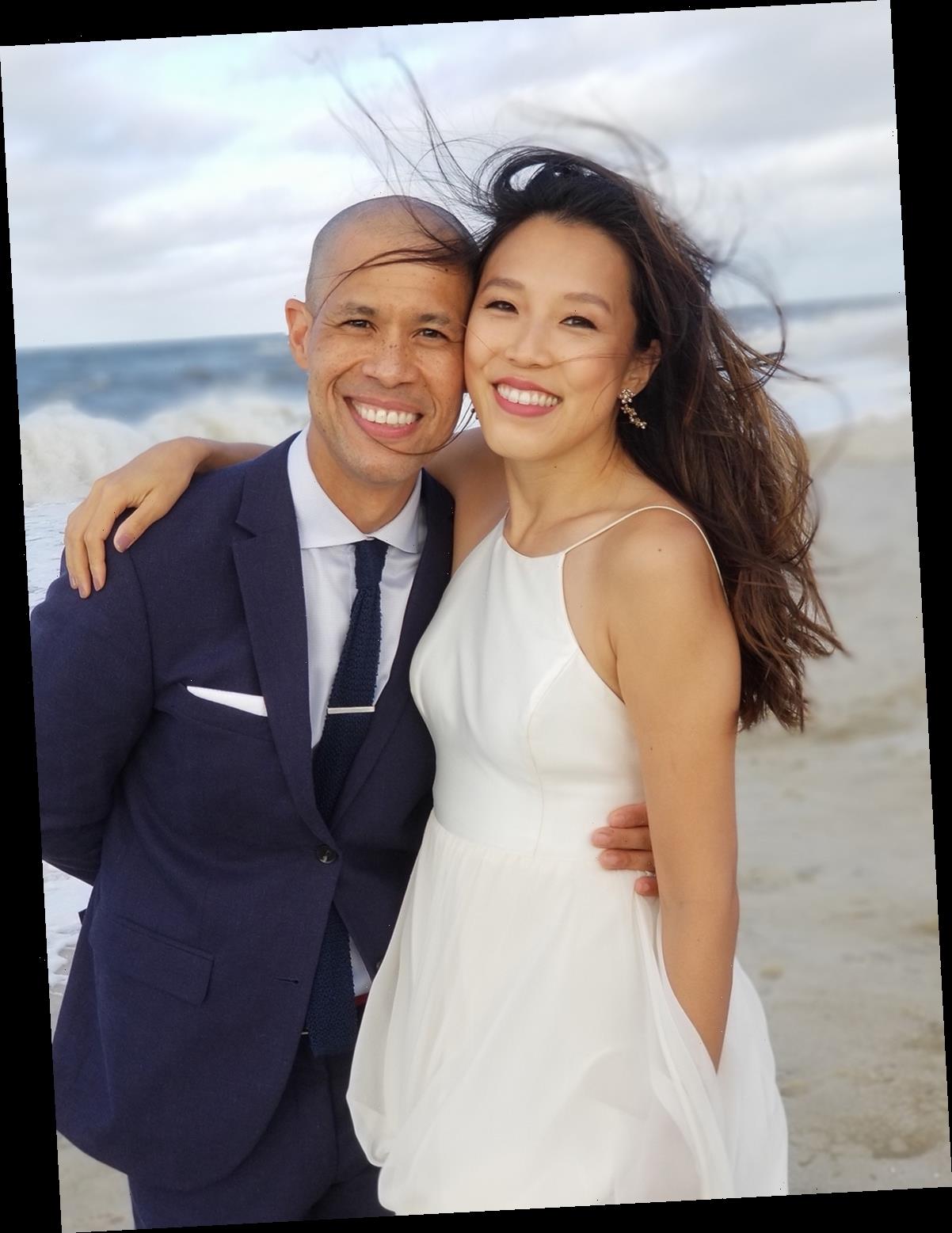 Vladimir Duthiers is a married man!

The CBS News correspondent, 50, announced Wednesday on Instagram that he and his longtime love, Marian Wang, tied the knot in Fire Island, New York.

As seen in the slideshow of romantic photos of the newlyweds, Wang, a senior news producer at Last Week Tonight with John Oliver, donned a beautiful white dress, while Duthiers opted for a navy blue suit and tie for the big day.

In one photo, the happy couple were joined by their dog, who also wore a tie for the celebration. Duthiers and Wang's families also joined in for a sweet group shot.

"There but for the grace of you go I… #ImMarianHer," he captioned the post.

The lovebirds met nine years ago when Duthiers was a producer on CNN's Anderson Cooper 360° while Wang was an investigative reporter at ProPublica. Duthiers' nuptials came as a huge surprise to CBS This Morning co-hosts Gayle King, Anthony Mason, and Tony Dokoupil, who were informed of the news on Wednesday upon returning to the studio for the first time since March. "They got married?!" King, 65, said in a video shared to Twitter as images of Duthiers and Wang from their wedding day appeared on the screen.

"I didn't know this was happening!" said Dokoupil, 39. As the trio continued to admire photos from Duthiers' wedding, Mason, 64, said, "I'm so glad they made this happen. This is so great."

"That is a very good secret," King added, as both her co-hosts confirmed they were unaware of the news as well.

According to his bio, Duthiers joined CBS News as a correspondent in 2014. Since then, he has been featured on CBS This Morning, CBS Evening News with Norah O'Donnell, and 48 Hours.

Duthiers has covered many monumental news stories with CBS, including the Royal Wedding between Prince Harry and Meghan Markle in 2018, and the 2016 election debates between President Donald Trump and Hilary Clinton.

He has also interviewed politicians like former President Bill Clinton and Senator Bernie Sanders, as well as stars like Cher, Oprah Winfrey, Alicia Keys, and Lin-Manuel Miranda, his bio states.