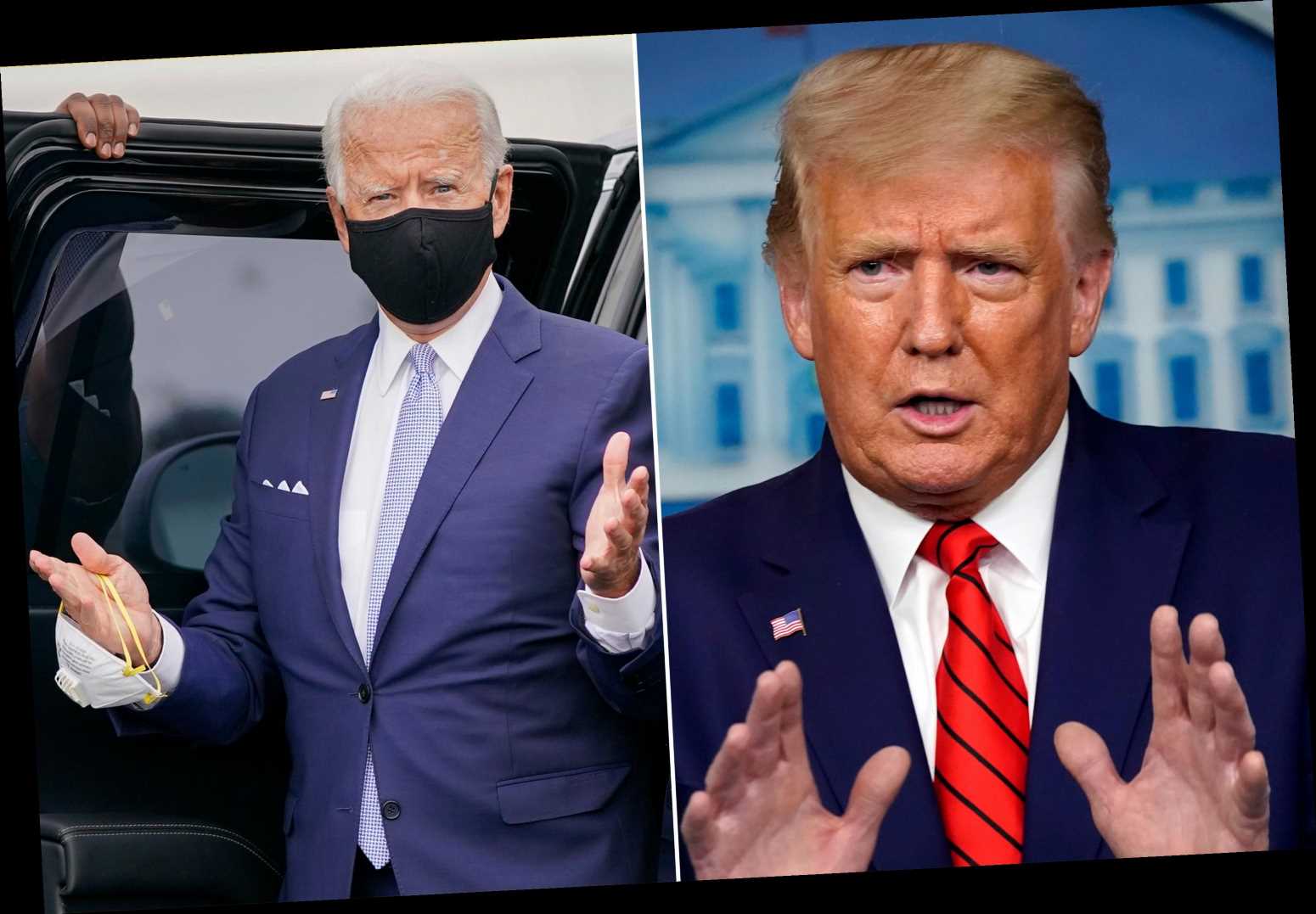 President Trump on Monday said Joe Biden is a “weak person” who is controlled by people in the “dark shadows.”

Trump made the claim during a wide-ranging hour-long interview on Fox News where the president also revealed an investigation into “thugs” on a plane and shed light on the Portland protests.

The president had said that if Biden were to win the November general election, the former vice president wouldn’t “calm things down,” referring to the civil unrest going on across the country.

“He’s a weak person, he’s controlled like a puppet,” Trump told host Laura Ingraham. “They will have won, they will have taken over the cities,” he said.

From there, Ingraham asked Trump who he thinks “is pulling Biden’s strings?”

“People that you’ve never heard of. People that are in the dark shadows,” the president responded.

The host questioned his answer, noting it sounded like a “conspiracy theory.”

The president then told Ingraham about a current investigation into a group of dark-uniformed wearing people spotted aboard a plane with the intent of heading somewhere to do big damage.

“We had somebody get on a plane from a certain city this weekend, and in the plane it was almost completely loaded with thugs, wearing these dark uniforms, black uniforms with gear and this and that,” Trump said.

“But they came from a certain city and this person was coming to the Republican National Convention, and there were like seven people on the plane like this person. And then a lot of people were on the plane to do big damage.”

Earlier Monday, speaking in Pittsburgh, Biden blamed the violence plaguing many Democratic-run cities on Trump, which Ingraham brought up during the interview.

Trump answered by claiming Portland has been under siege since long before he took office.

Trump also touched on housing policy, bringing up his decision to roll back a low-income housing initiative set in place during the Obama-Biden administration.

The president said Democrats, through the fair housing regulation that aimed to combat segregation in suburbs, were trying to destroy “the American Dream.”

“Westchester was ground zero for what they were trying to do,” the president said. “They want low-income housing. And with that comes a lot of different problems, including crime.”

Ingraham interjected, commenting, “You’re not saying all poor people are criminals, though?”

“No, I’m not saying that at all. But there is a level of violence you don’t see,” Trump said.