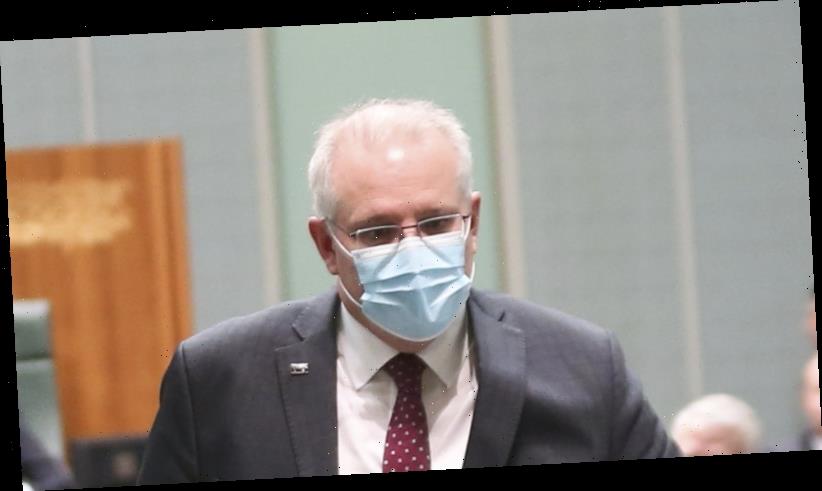 Wage subsidies and increases to welfare during the coronavirus pandemic have largely held any increase in inequality at bay, research reveals, but the gap is expected to blow out once JobKeeper and boosted JobSeeker payments are wound back.

Without the income support measures, the number of Australians living in poverty would have almost doubled during the recession to nearly 5.8 million people, the Australian Council of Social Service and University of NSW poverty and inequality partnership report found. 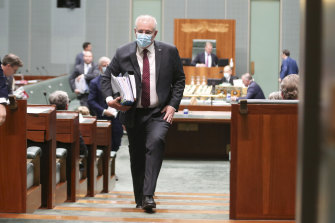 Prime Minister Scott Morrison says Australia will be successful in its economic battle when businesses no longer need coronavirus payments to survive.Credit:Alex Ellinghausen

But the government's massive outlays led to a 13 per cent drop in the number of people living in poverty to 2.6 million in June.

Lead researcher Bruce Bradbury said unemployed people and single parents who were poor before the crisis had received substantial increases in their payments.

"As the payments are wound down at the end of this month and then the end of the year, we're going to see many more people trying to subsist on very low incomes and inequality and poverty will increase," he said.

Prime Minister Scott Morrison told his Coalition party room on Tuesday the government had been there for people when there was great need.

But success in the economic battle meant ensuring the country recovered to the point where it didn't need those interventions and "when Australians can run their businesses and hold their jobs and that's sustained by a viable, growing economy instead".

Legislation to extend the JobKeeper payments from the end of September until March passed Federal Parliament on Tuesday. The $1500 fortnightly rate will fall to $1200 for full-time workers and $750 for part-timers at the end of September, and then to $1000 for full-timers and $650 for part-timers on January 4. The coronavirus supplement, which has doubled the dole, will be cut from $550 a fortnight to $250, although people will be allowed to earn $300 before losing any of their payment.

The inequality report, released on Wednesday, found these changes would increase the number of Australians living in poverty to nearly 3.5 million.

ACOSS chief executive Cassandra Goldie says this huge gap in wealth was particularly concerning when the government planned to reinstate a liquid asset test on people applying for welfare from the end of September. This meant they would have to run down their savings, including redundancy payments and any early superannuation withdrawals, before accessing welfare.

"You will again be required to spend down on very precious, inadequate resources, which will create large-scale financial vulnerability across the community and then of course all the flow-on social and health consequences, the corrosive anxiety about never having enough," Dr Goldie said.

"Everybody says that they are worried about people's mental health in the pandemic situation. There are some things that we don't have a lot of control over, but we do have control over whether we can provide people with basic economic security."

Get our Coronavirus Update newsletter for the day’s crucial developments at a glance, the numbers you need to know and what our readers are saying. Sign up to The Sydney Morning Herald’s newsletter here and The Age’s here.