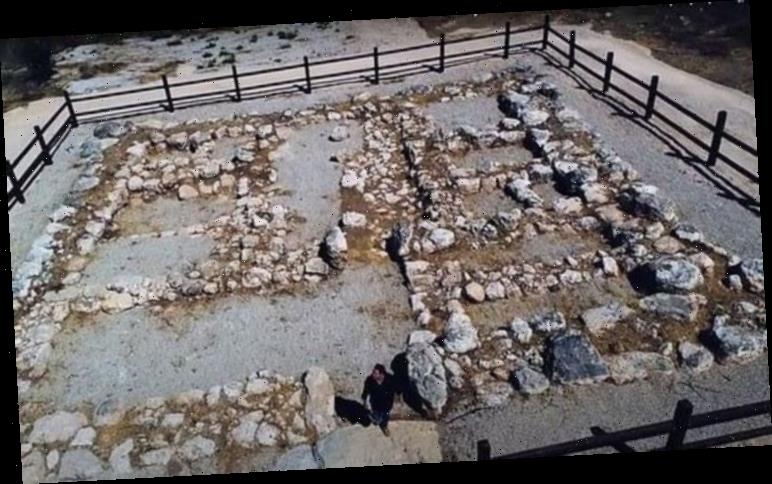 Measuring 60ft (19m) square, the two-story citadel had watchtowers in each corner and a courtyard paved with stone slabs and columns at its heart. Researchers date the structure to the 12th-century BC – an era described in Book of Judges as was plagued by warfare. The team believes the structure was built by the Canaanites and they were potentially assisted by their Egyptian overlords to fend off invading Philistines.

A hoard of pottery vessels, including ones probably used for religious rites, were discovered inside rooms arranged on both sides of the courtyard.

Archaeology experts from the Israel Antiquities Authority (IAA) uncovered the remains of the Canaanite fortification, situated 35 miles from Tel Aviv.

Canaan was ruled by Egypt at that time and design elements and pottery fragments found at the site suggest Egyptian influence.

A massive threshold was found intact at the entrance, carved from a single stone and weighing some three tons. 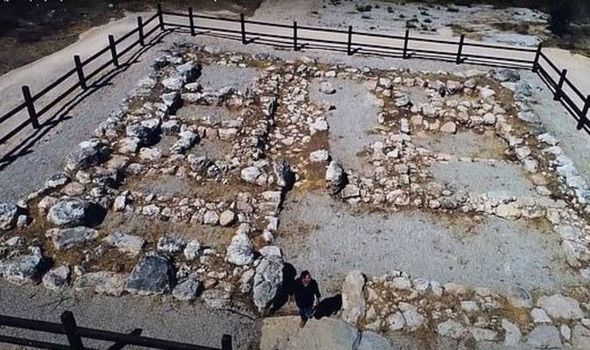 IAA archaeologists Saar Ganor and Itamar Weissbein said: “The fortress we found provides a glimpse into the geopolitical reality described in the Book of Judges, in which the Canaanites, Israelites and Philistines are fighting each other.

“In this period, the land of Canaan was ruled by the Egyptians and its inhabitants were under their custody.”

The citadel follows the design of Egyptian ‘governor’s houses’ and some of the pottery found at the site imitates the style of Egyptian bowls.

The Egyptians left Canaan in the middle of the 12th century BC. 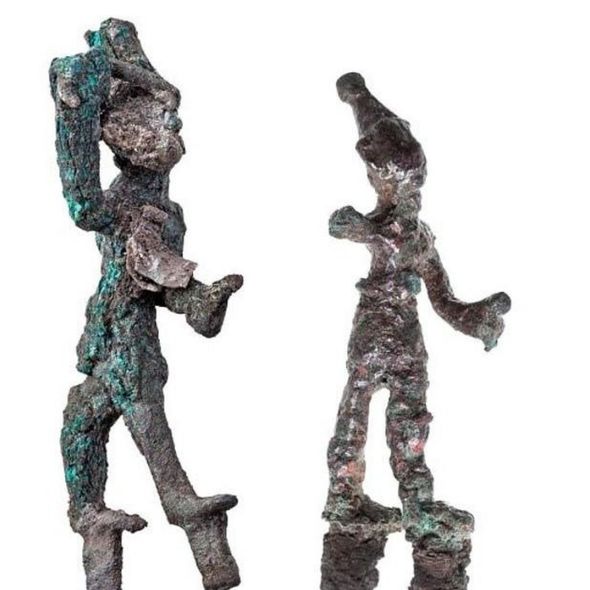 Without their protection, the Canaanites descended into territorial battles with the Israelites and Philistines and many of their strongholds and cities collapsed.

The researchers added: “The Israelites settled in unfortified communities on the central mountain ridge, while the Philistines gained great power in the southern coastal plain where they established large cities in Ashdod, Ashkelon, Ekron and Gat.”

The fortress’ strategic location would have given it a good view of the main road that passed along Nahal Guvrin, a ravine connecting the coastal plain to the Judaean plain.

The ruins were excavated with student volunteers from the Eretz Israel Dept. at the multidisciplinary school in Beer Sheva and from the Nachshon pre-military preparatory school.

The site is being opened for the first time for free public tours.

The Canaanites were a Semitic people living in the Ancient Near East from the middle to late Bronze Age.

Most of what is known about the Canaanites comes from other groups they encountered, including the Egyptians and the Israelites. 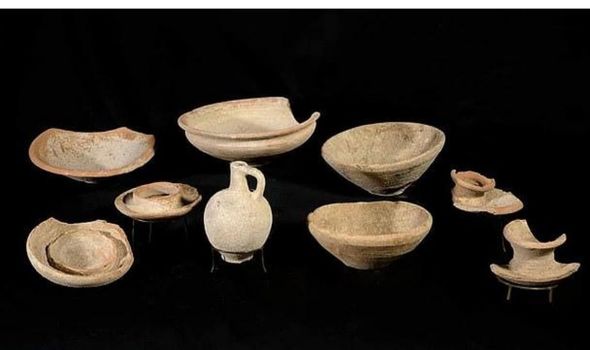 But rather than a single kingdom, some scholars believe the Canaanites were actually a confederacy of ethnic groups with varying customs and religious practices.

They are mentioned often in the Biblical Old Testament, including in God’s promise to Abraham that his descendants would inherit the land of Canaan.

The Canaanites were exterminated by the Israelites, according to the Bible.