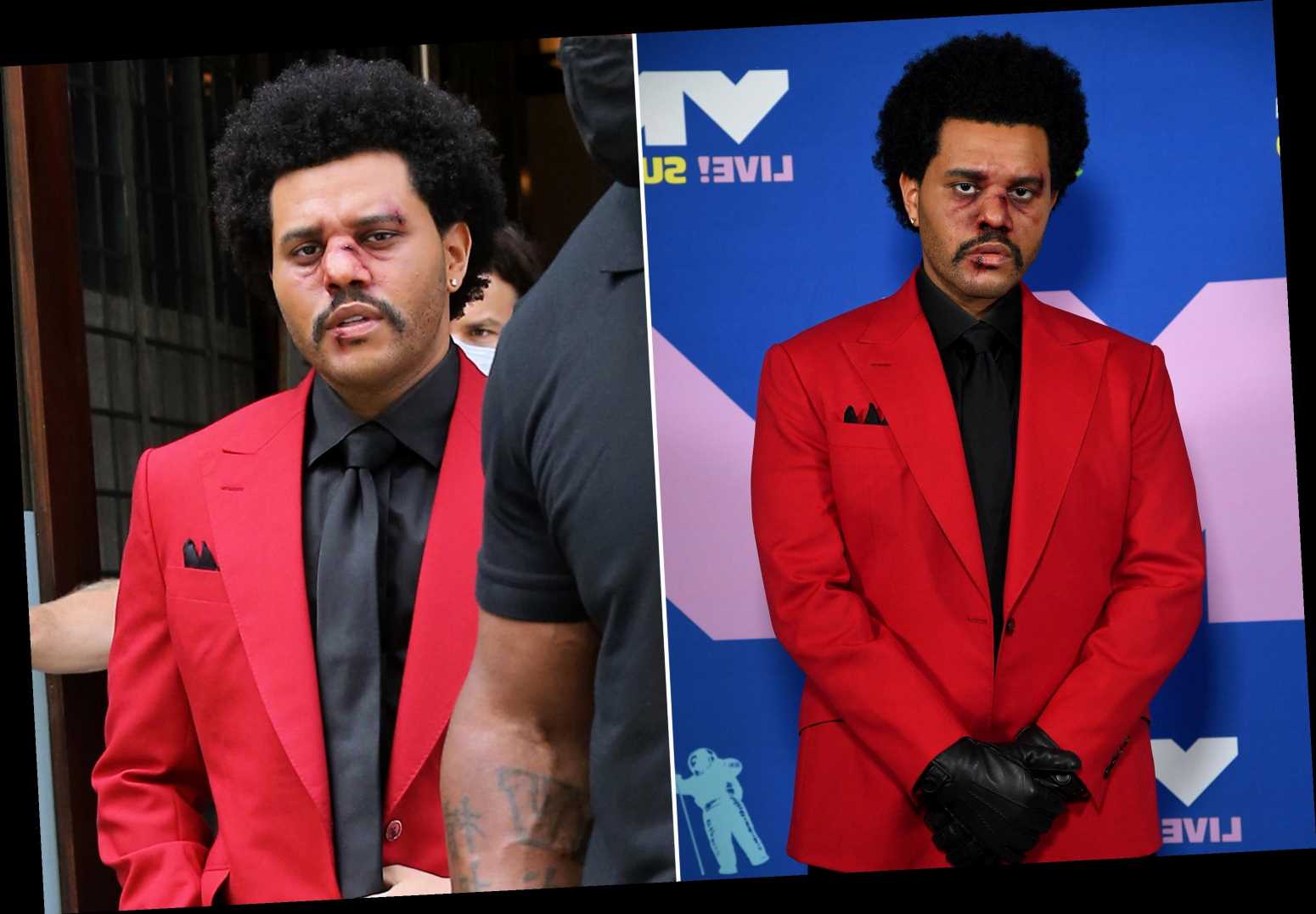 The Weeknd is blinded by the light — and bruised in the face.

At the 2020 VMAs, the singer — who took home the VMA award for best R&B and video of the year for “Blinding Lights” — appeared to have a broken nose and black eyes and was bleeding during his performance atop Hudson Yards in New York City.

The Weeknd, whose real name is Abel Tesfaye, embraced a similar battered aesthetic in the short film “After Hours,” which has the same name as his most recent album, and in the music video for “Blinding Lights.”

The 30-year-old donned that gory look, blood and red jacket included, when he performed on SNL in March. He was also seen on the streets of New York last week like that, most likely when he pre-taped parts of his performance.

The Weeknd’s on-again, off-again girlfriend Bella Hadid, 23, was also a part of the VMAs, when she presented the special “Tri-con” award to Lady Gaga, 34.

His album album “After Hours” was nominated for 16 awards.