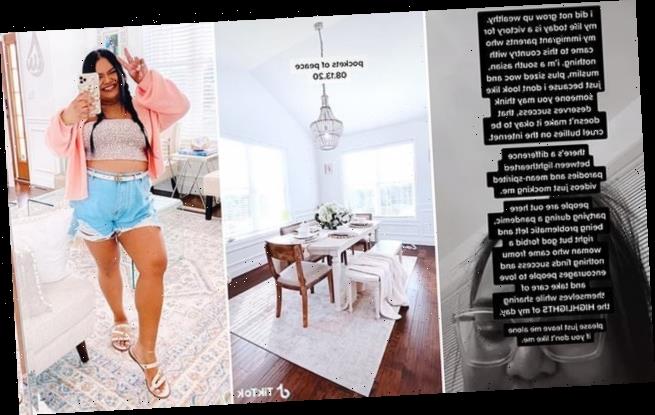 ‘My life is a victory for my immigrant parents’: TikTok star breaks down in tears as she hits back at ‘cruel bullies’ who mock videos of her lavish home and perfectly-curated lifestyle

Nabela Noor broke down in tears as she called out the cruel online bullies who are mocking her ‘Pockets of Peace’ videos that offer a behind-the-scenes look at her beautifully decorated home and curated lifestyle.

In an emotional video posted on TikTok on Wednesday, the 29-year-old beauty vlogger explained that she started the series after battling COVID-19 to combat her anxiety and depression. For months, she had been separated from her parents, who were stuck in Bangladesh at the start of the pandemic.

The clips featuring highlights from her day and are meant to be positive, but critics have accused her of flaunting her wealth, with some even making fun of her in parody videos dubbed ‘Pockets of P**s.’ 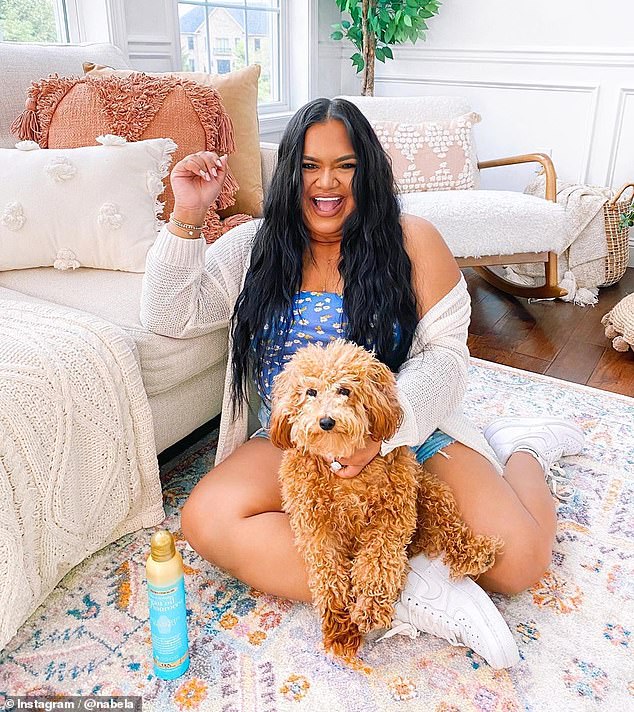 Speaking out: Influencer Nabela Noor, 29, has hit back at cruel online trolls who are mocking her ‘Pockets of Peace’ videos on TikTok with their own hurtful parodies 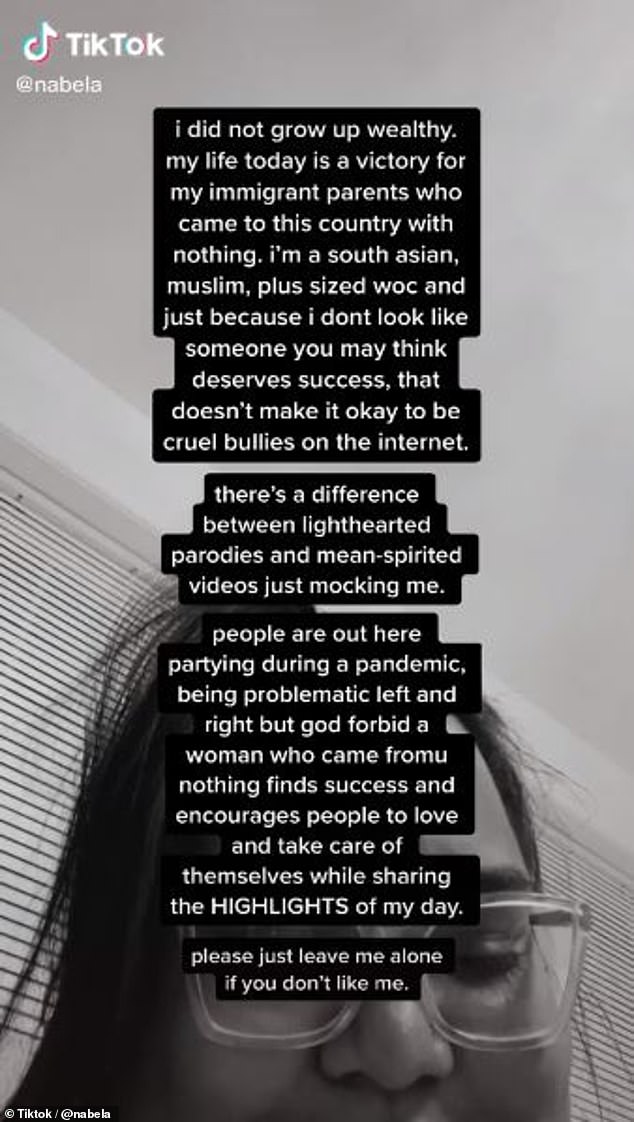 Breaking down: Nabela, who is South Asian and Muslim, defended her success as the daughter of immigrants and noted that it has been a difficult year for her in her latest TikTok

Nabela, who is South Asian and Muslim, defended her success as the daughter of immigrants and noted that it has been a difficult year for her as she broke down and sobbed.

‘Okay, it’s becoming too much for me,’ she admitted in her latest TikTok.

‘I created this series to help me with my anxiety and my depression. I created it and continued to post while I had COVID, while I was fighting for my life, while my parents were stuck in another country, and now while my dad has been suffering from strokes.

‘And you guys are making fun of me? Making me feel like I have to apologize for what I worked hard for? I am the daughter of f***ing hardworking immigrants.’

In the caption that covered most of her face, she further opened up about her success and why she so proud of it.

‘My life today is a victory for my immigrant parents who came to this country with nothing,’ she wrote. ‘I’m South Asian, Muslim, plus-sized WOC and just because I don’t look like someone you may think deserves success, that doesn’t make it okay to be cruel bullies on the internet.

‘There’s a difference between lighthearted parodies and mean-spirited videos just mocking me,’ she added.

‘People are out here partying during a pandemic, being problematic left and right but God forbid a woman who came from nothing finds success and encourages people to love and take care of themselves while sharing the HIGHLIGHTS of my day.

‘Please leave me alone if you don’t like me.’ 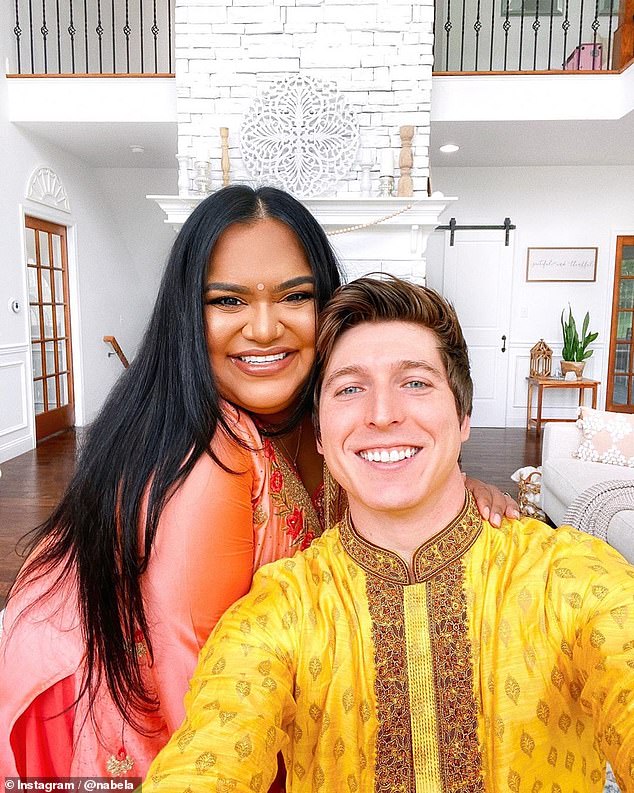 Lifestyle: Nabela and her husband Seth Martin live in a spacious, beautifully decorated home, which is often seen in her Pockets of Peace videos 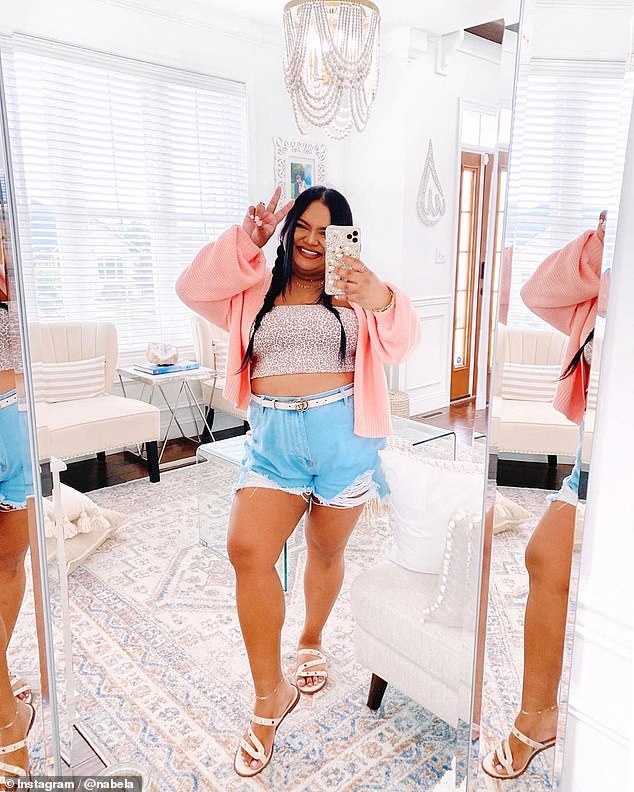 Using her platform: ‘My life today is a victory for my immigrant parents who came to this country with nothing,’ she explained in her recent clip

She started posting her Pockets of Peace videos on TikTok in late June, after she recovered from her battle with COVID-19.

The cheerful clips typically begin with her lathering up her loofah with body wash in the shower and making herself either coffee or tea along with a picture-perfect breakfast.

‘Hi, I’m so happy you’re here,’ she says. ‘I wanted to share some pockets of peace from my day because I believe each day carries a few moments of goodness and we deserve to enjoy them.’

Nabela’s everyday routine often looks glamorous because of her surroundings. Her airy home is undoubtedly large and expertly designed down to her cupboard filled with Ball mason jars for her morning iced coffees.

Some of her videos have featured updates on her home renovations, including the progress on her saltwater swimming pool and home office. 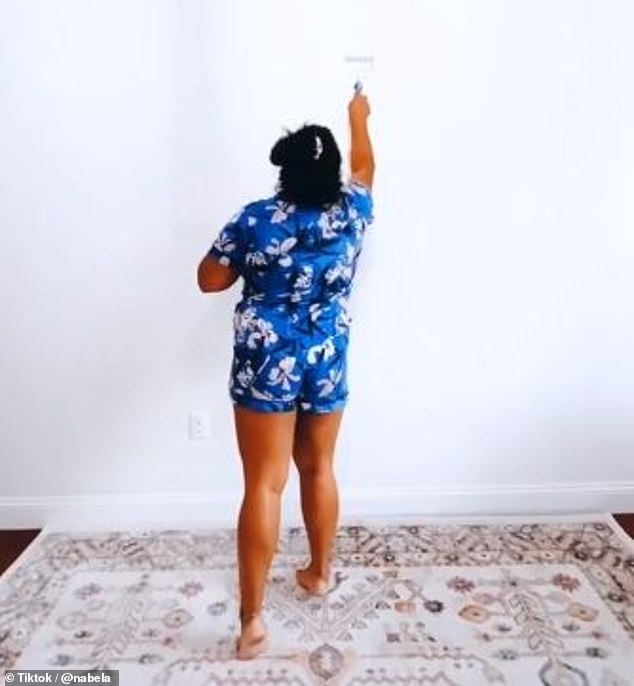 Behind-the-scenes: Nabela’s everyday routine often looks glamorous because of her surroundings, and some of her videos have featured updates on her home renovations 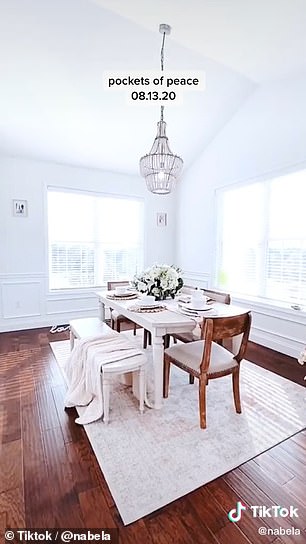 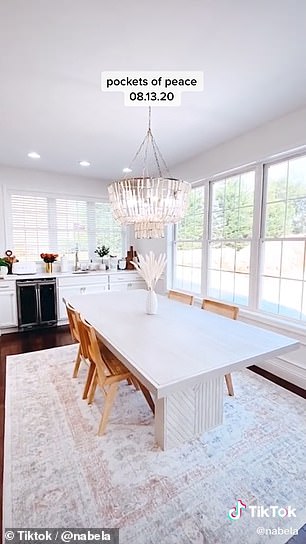 Perfectly designed: In one clip, she revealed she converted her old office into new a formal dining room (left) while updating the lighting in her main dining area (right) 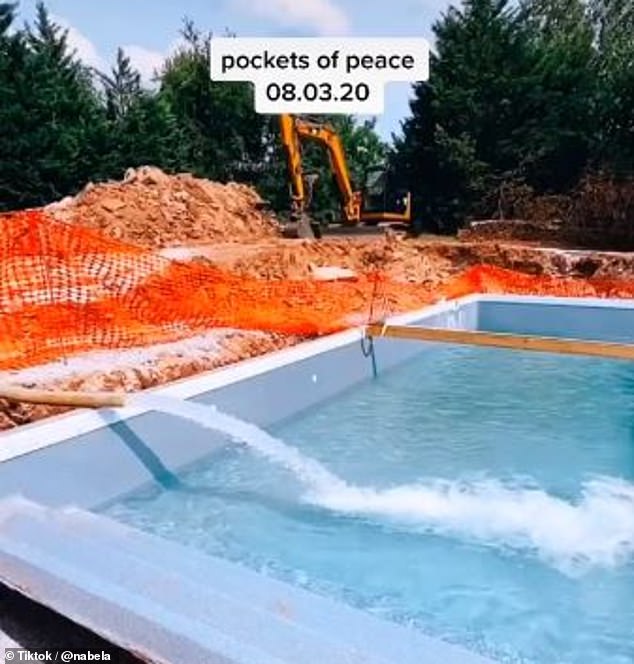 Amenities: The beauty vlogger is also in the process of having a large saltwater swimming pool installed in her backyard

In Nabela’s latest video in the series, she revealed she and her husband Seth Martin were moving her mother into their home while her father was in rehab, so she wouldn’t be alone.

The footage showed her setting up her mother’s guest room and her family decorating her father’s window at the rehab center.

‘My mother is the one who taught us to hold onto the good, even in the bad,’ she said. ‘It’s why I share my pockets of peace. Because the good is there, big and small.’

While many of the comments were positive, she also received a number of negative responses that didn’t sit well with her.

‘Okay but putting shampoo on your arm isn’t bringing anyone peace sorry,’ one person wrote, while another commented: ‘I thought this was pockets of p**s.’ 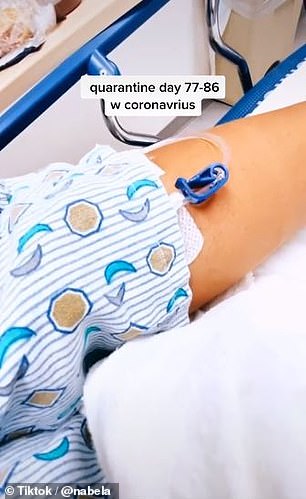 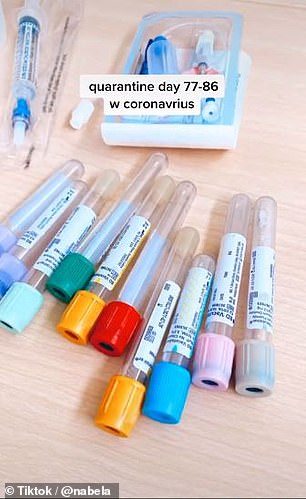 Hard to handle: It’s been a difficult year for Nabela, who battled COVID-19 for weeks 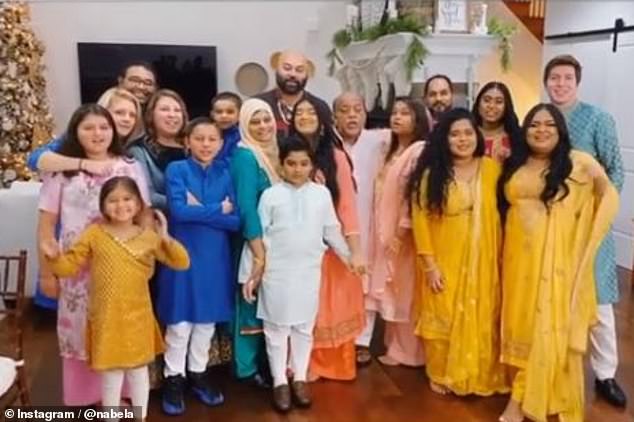 Difficult: Nabela had been separated from her parents for months amid the pandemic 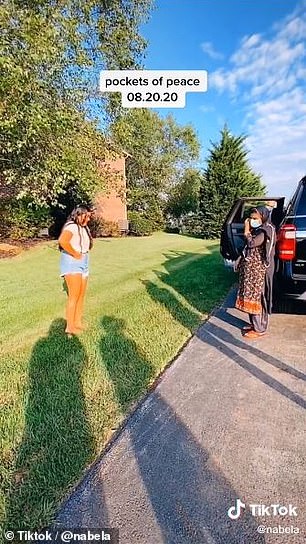 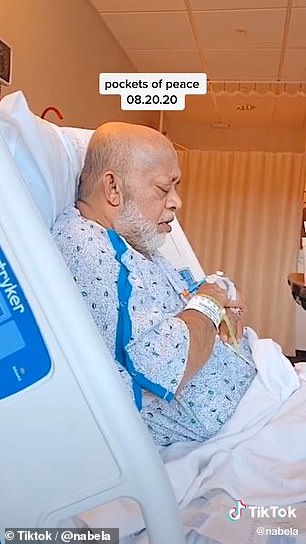 Upset: After finally reuniting with her parents, her father suffered from strokes and was hospitalized. She admitted she can’t believe people are making fun of her while her dad is sick

Nabela responded in the comments, begging online trolls to stop attacking her.

‘The bullying comments + mean spirited paraodies [are] becoming too much,’ she wrote.’ I just want to make vids that celebrated the good. Please stop.’

The influencer later shared her heart-wrenching video asking people to leave her alone, which has been viewed more than 1.6 million times.

Fans rushed to the comments to comfort her, with many sharing how much joy her Pockets of Peace videos have brought them.

‘Daily pockets of peace has helped me, and so many others during this time,’ one person wrote. You have worked so hard, and are so strong, sending love!

‘Jealousy will get them nowhere,’ another added. ‘Your pockets of peace easy my anxiety and I’m so grateful.’