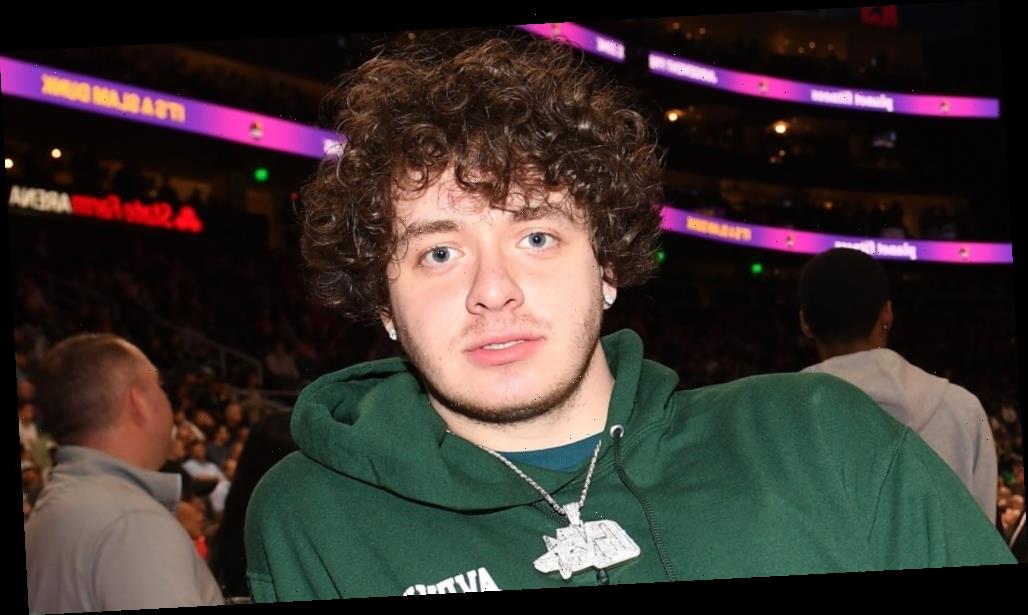 When Jack Harlow released his single “What’s Poppin'” in January 2020, the 22-year-old native of Louisville, Ky. was far from a household name. It was this infectious hit, however, that proved to be his breakthrough, the culmination of years spent establishing himself as a force to be reckoned with in the world of rap while developing and ever-growing legion of grassroots fans.

As Vulture reported, “What’s Poppin'” catapulted Harlow to a whole new level of fame thanks to an unlikely source: TikTok. Harlow’s uptempo track proved to be the ideal musical accompaniment for users of the lip-syncing app, with “What’s Poppin'” appearing in more than 400,000 TikTok videos. The song definitely benefited from all that exposure; by July, “What’s Poppin'” had climbed to the top of the Billboard charts, giving Harlow his first-ever No. 1 hit. Meanwhile, by late August the song’s music video had exceeded 94 million YouTube views.

While Harlow’s rise to fame may seem meteoric, he’s far from an overnight success; in fact, the young rapper’s ascension to the upper echelons of the music business follows a solid decade of effort that began when he was still a child. Read on to discover the untold truth of Jack Harlow.

At just 12 years old, Jack Harlow decided he wanted to be a rapper — and not just any rapper, mind you, but the greatest rapper ever. There was one problem: Harlow had no idea how to go about accomplishing the lofty goal he’d set for himself. According to a 2017 profile in Louisville Magazine, he turned to his mom for guidance, asking, “how do I become the best rapper in the world?”

At the time, Harlow’s mother had been reading Malcolm Gladwell’s Outliers, which theorized that the only way anyone could master a particular skill was through 10,000 hours of intense practice. Taking her advice to put in his 10,000 hours, and her quick calculation on the amount of daily time required to achieve Gladwell’s recommendation by his 18th birthday, Harlow began devoting four or five hours each day to rapping and writing.

“A lot of people have no idea what they want to do,” Harlow said of the single-minded pursuit he’d chased since childhood. “I’ve been lucky enough to feel like I’ve had a purpose since I was 12.”

Jack Harlow’s recording debut may not have been auspicious, but it was certainly distinctive. As Louisville Magazine recalled in a profile on the young emcee, his first attempt at recording one of his raps came when he was just a sixth-grader. Given that the youngster had no professional equipment on hand, he grabbed “a microphone from [his] Guitar Hero video game,” plugged it into his laptop and hit “record.”

He and friend Copelan Garvey — who called themselves “Harlow featuring Cope” — released their amateur effort on a CD titled Rippin’ and Rappin’. According to Harlow, they ended up selling 40 copies of the homemade recording at $2/pop. Not a bad bargain for their fellow Highland Middle School classmates, right?

This led Harlow to build a modest fanbase within his school. After obtaining a professional mic, in seventh grade he developed a new rap persona — Mr. Harlow — and “gave away 100 copies” of his next effort, his debut solo mixtape Extra Credit. “Kids were wanting them as soon as I got in the damn door,” he marveled, although admitted reviews from his classmates weren’t always stellar. “They were like, ‘It’s kind of a** and his voice is high-pitched because his b***s haven’t dropped, but dude actually made a mixtape.'”

Why Jack Harlow is glad his first deal fell through

As Jack Harlow’s rap skills grew, the industry took notice. Harlow was just 14 when his parents began receiving calls from people who wanted to manage their son, according to Louisville Magazine. One of these people put the family in touch with Scooter Braun (manager of Justin Bieber and Ariana Grande), who flew them to meet him at his Los Angeles home. “Biggest house I’ve ever been in,” Harlow told the magazine.

In an interview with Louisville’s Courier-Journal, Harlow’s mother, Maggie, recalled “sitting there and my body was vibrating. I realized he was doing this.” While nothing came of that meeting, perhaps thankfully considering Braun’s arguably dubious track record, they subsequently met with Def Jam president Joie Manda, who invited Harlow to sign. However, as Harlow and his parents were negotiating the deal, Manda quit to join another label, leaving Harlow’s future with Def Jam uncertain.

“At the time, I felt like it was the worst thing that happened,” Harlow told Louisville Magazine, realizing in hindsight he would have been treated like a teen novelty act and not the performer he’d envisioned himself becoming. “At 14, I hadn’t developed as an artist or a person,” he explained. “It would have stunted my growth.”

Jack Harlow had just graduated high school when he moved to Atlanta to get serious about pursuing a rap career. While he was garnering attention, he told Louisville Magazine in 2017, the money he was bringing in from streaming services such as Spotify and live performing wasn’t enough to live on. To make ends meet, he took a job at a cafeteria in Georgia State University.

As Harlow discussed during an appearance on MTV’s Total Request Live, he only worked there for about a month before he met with DJ Drama, who signed Harlow to his Atlantic Records imprint, Generation Now. However, Harlow admitted he still looked back at that period with fondness. “The nostalgia of it is beautiful for me, because I met a lot of cool people there, and it was humbling, it was good,” he said.

Now that he’d been signed to a major label, Harlow outlined two primary goals for his future. “For one I want to make a living out of it… take care of family and friends and all that good stuff,” he told XXL. “Secondly, I just want to push the culture forward. Do things that people haven’t done or seen.”