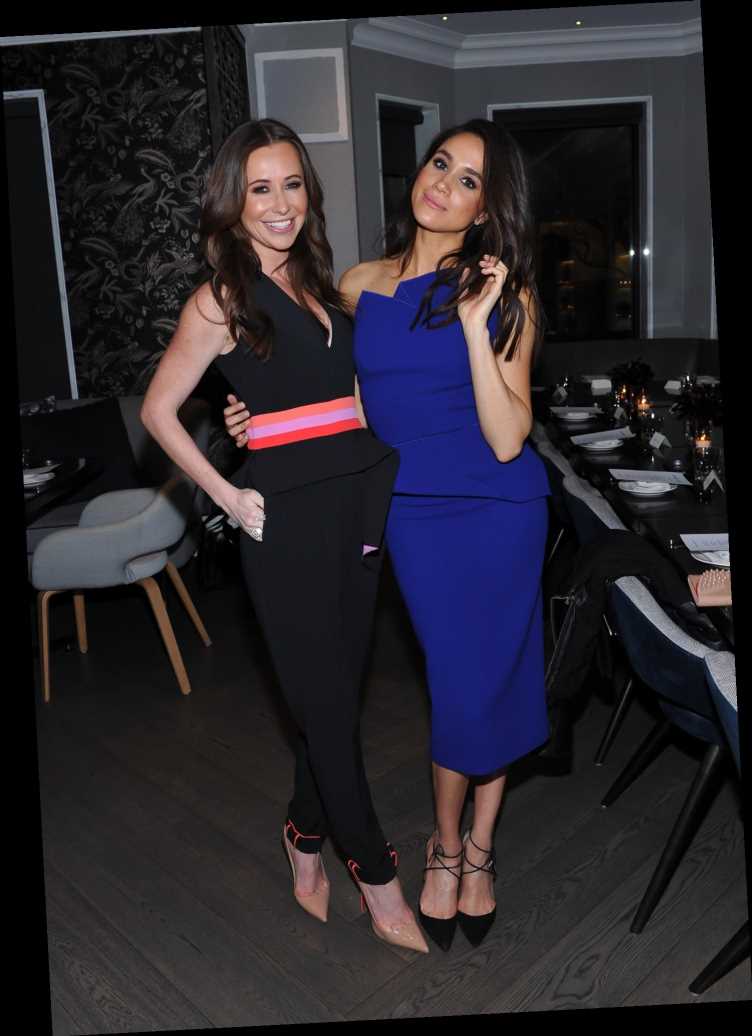 The stylist's three children (grandchildren of former Canadian Prime Minister Brian Mulroney) played major roles in the Duke and Duchess of Sussex's big day back in May 2018. Daughter Ivy was a bridesmaid, while twins John and Brian were page boys — with the responsibility of holding Meghan's veil as she walked down the aisle. One of the twins showed off a wide gap-toothed smile as he walked down the aisle, instantly drawing the attention of viewers from around the world.

Jessica shared a photo of the exciting moment on her Instagram page Thursday, writing: "I see this and pure joy."

The Toronto-based stylist took a two-month break from social media after she was called out for using her white privilege during a disagreement about race with another influencer, recently returning with a post celebrating John and Brian's 10th birthday.

I see this and pure joy

Meghan, 39, and Jessica, 40, were close friends for years before Meghan joined the royal family — and their bond was represented at the wedding.

Jessica "was dressed in blue and wearing blue sapphire earrings, so it was almost that she acted as [Meghan's] 'something blue,' " said Eva Hartling, vice president of Birks at the Birks Group, Meghan’s go-to jeweler.

"The children were officially her bridesmaids, but she [Meghan] made sure that Jessica was sitting in that first seat closest to where Harry and Meghan were standing," Hartling previously told PEOPLE. “It was clear that she kept a special place for her close friends — even though they weren’t standing at the altar with her, they were in close proximity and I thought that was a very nice touch. The seating arrangement at the ceremony spoke volumes." In June, Canadian lifestyle blogger and social media influencer Sasha Exeter recounted a string of negative experiences with Jessica, saying that the mother of three exhibited "very problematic behavior and antics" after Exeter posted a call to action for support for the Black Lives Matter movement.

"Listen, I am by no means calling Jess a racist but what I will say is this, she is very well aware of her wealth, her perceived power and privilege because of the color of her skin. And that, my friends, gave her the momentary confidence to come for my livelihood in writing," Sasha said at the time, adding that Jessica threatened her in an example of "textbook white privilege." Jessica publicly apologized — but the following day, Sasha shared a screenshot of a private message from Mulroney in which she alluded to an intent to sue for libel.

In the wake of the incident, Jessica's show I Do Redo was pulled from the Canadian network CTV. She said in response that she respected the network's decision and would be stepping away from her professional engagements — including her role as a fashion contributor on Good Morning America — for a time to "reflect, learn and focus on my family."

Please read my statement. It is from my heart.

"I'm genuinely curious why you all think perfection exists or is possible?" Green wrote regarding the political records of Democratic running mates Joe Biden and Kamala Harris.

MacKenzie added, "When I think of them, or even my friend @jessicamulroney, I think of people that inspite of the vitriol continue to learn, grow, and expand as people."