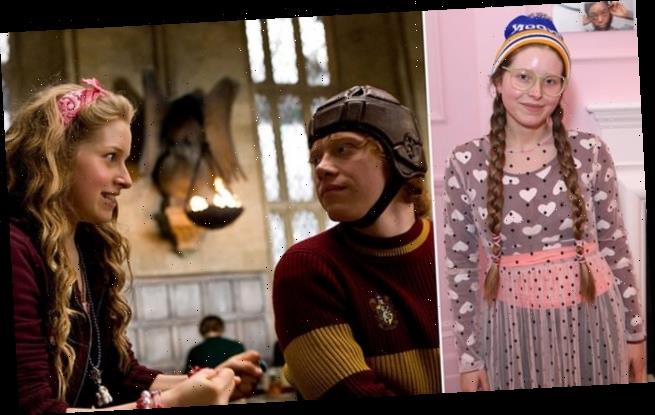 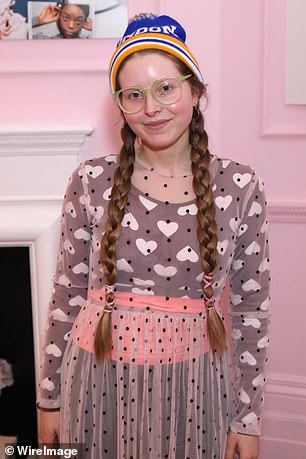 The 33-year-old actress, who played Ron Weasley’s love interest Lavender Brown in the series, spoke bravely of her experience on a podcast with her sister Bebe

Harry Potter star Jessie Cave has revealed she was raped by her tennis coach when she was 14 years old.

The 33-year-old actress, who played Ron Weasley’s love interest Lavender Brown in the series, spoke bravely of her experience on a podcast with her sister Bebe.

The sisters were discussing their journey from teenagers to adults and who ‘had it worse’ throughout their adolescence.

After revealing she was raped, Bebe, 23, said: ‘That’s kind of a trump card’, with her sister agreeing: ‘I do pull it out a lot.’

Cave said: ‘I think rape at 14 is pretty bad. By your tennis coach, who you trusted, a position of power.’

She added that: ‘I was fit and I was very able with a tennis ball. But I was still taken advantage of, and he was sent to jail’.

Cave said that her rape meant she ‘had a completely different adolescence and early twenties’ to her sister.

‘In retrospect I was still recovering and my sexual journey was a completely abnormal road to yours’, she said during the episode of We Can’t Talk About That Right Now.

Cave acknowledged that ‘there are still consequences from that period of time that I’m only realising 18 years later’.

She added: ‘The more time I have away from it, and this is going to sound awful, but I do feel quite lucky in so many ways that I had a rape that was actually… it didn’t destroy me.

‘I think that’s something that people don’t talk about enough with sexual abuse and trauma.

Cave is a former county-level swimmer and played tennis at a national level before she retired early due to injury.

She was cast as Lavender Brown in Harry Potter and the Half-Blood Prince through an open casting call in 2007, beating more than 7,000 girls who turned up to the audition.

Ron engages in a short-lived relationship with Lavender for several months in both the book and film in a bid to make Hermione jealous.

Unlike in the book, Lavender dies in the Deathly Hallows Part 2 after a Greyback kills her.

Cave has since starred in various West End productions and also performs comedy sets across London.

She has a son and daughter with fellow comedian Alfie Brown and the pair are expecting their third child together.