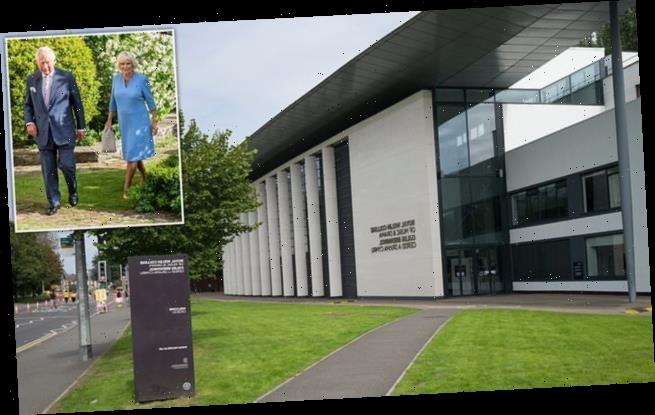 A royal drama college which trained a host of celebrities is facing legal action for allegedly covering up attacks on young women actors from a ‘sex predator’ on campus.

The Royal Welsh College of Music and Drama – whose famous alumni include actors Sir Anthony Hopkins, Rob Brydon and Ruth Jones – has been accused by 16 women over their botched handling of the sex attacks.

Two of the alleged victims have launched legal action against the college – whose president is Prince Charles – saying it ‘systematically’ failed to protect them from sex assaults by a fellow student.

The young actresses say they were attacked in halls of residence and in women’s dressing rooms on the prestigious campus in Cardiff’s civic centre. 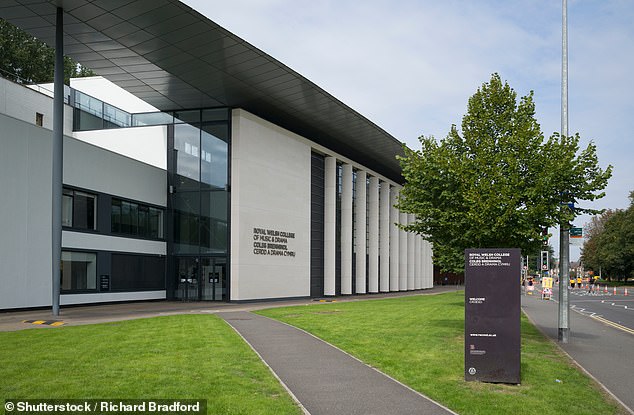 The Royal Welsh College of Music Drama, in Cardiff, has been accused of covering up alleged sex attacks on female students by a fellow male student and is now subject of civil action

One of the women, 19, said she was drugged and sexually assaulted by the man while studying for her acting BA honours degree.

But she claims that, instead of the college taking proper action over her complaints, she was labelled a ‘troublemaker’.

Lawyers say that months later the same man allegedly assaulted a 20-year-old student while she was alone in the women’s dressing room.

The college is accused of only beginning a formal investigation seven months after the first woman complained – when another 14 women also made complaints.

The two young women – both American and known only as ‘A’ and ‘S’ – have launched civil proceedings against the college whose vice presidents include actor Michael Sheen and opera singer Sir Bryn Terfel.

Their solicitor John Watkins said: ‘The college failed in its duty of care to these women and to the 14 others who were assaulted by the accused.

‘Time after time the college fell short of their own safeguarding policy. Their actions not only protected, but enabled, the accused.

‘The college should of course be a safe place for students. The fact that both ‘A’ and ‘S’ were living in a different country, far away from friends and relatives who could support them makes the college’s response even harder to fathom.’

He added: ‘The conclusions outlined in the college’s own investigation documents which we have copies of find the accused guilty of sexual misconduct.

Mr Watkins, of legal firm Bater Law, said the college failed to follow the protocols and policies in their own safeguarding policy – and did not approach the police immediately despite the ‘accusation of criminal activity’ in 2016 and 2017. 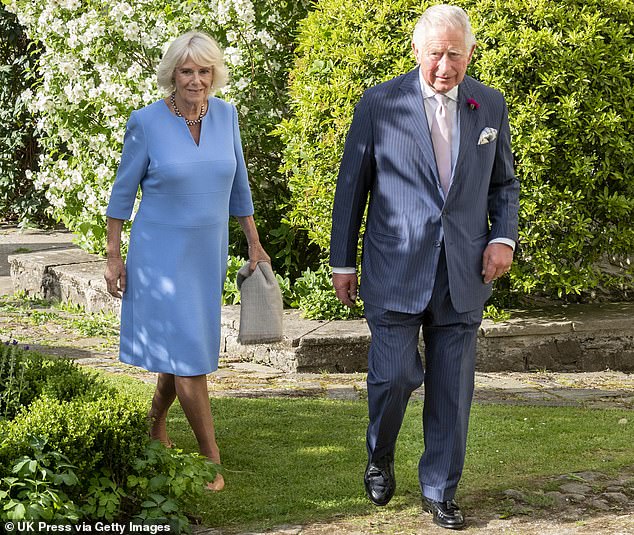 He said it was suggested one actress was in a ‘failed’ relationship with the accused man – when she had only met him one day earlier.

Another actress was asked if she was ‘topless’ in the changing room at the time of the alleged assault.

Mr Watkins said: ‘They were made to feel like nuisances and troublemakers. Little wonder the other 14 who were touched by the accused did not come forward initially. The culture of the college just doesn’t allow it.

‘They are resolved and want to make absolutely certain that no female students at Royal Welsh College of Music and Drama will ever again be at the mercy of a sexual predator.

‘They want policies followed, women taken seriously and a whole culture change at the institution from the top down.

‘If 16 young women can come forward about a sexual predator, and yet nothing is done to protect them, what message does this send?

‘An institution of this kind must face its responsibilities and act on them – no matter how uncomfortable the topic.’

The unnamed student was suspended from the college for two weeks over the allegations – but while he did not attend lectures he was still seen around campus.

A spokesperson for Royal Welsh College of Music and Drama said: ‘The safety and well-being of our students and staff is of the highest importance and we have formal mechanisms in place to both safeguard and support members of the College community who wish to report incidents.

‘The College treats every report of inappropriate behaviour with the upmost seriousness; our policies and procedures are kept under constant review in order to remain aligned with best practice.

‘We remain committed to listening openly to any member of our community, current or previous, who wish to report an incident through our formal processes – whether recent or historic.

‘We would encourage any complainants who have not reported their concerns to us, to do so.

‘It would be inappropriate for us to comment further on the specific allegations which are the subject of an ongoing legal process.’

South Wales Police has confirmed there are no criminal proceedings pending in relation to the allegations.