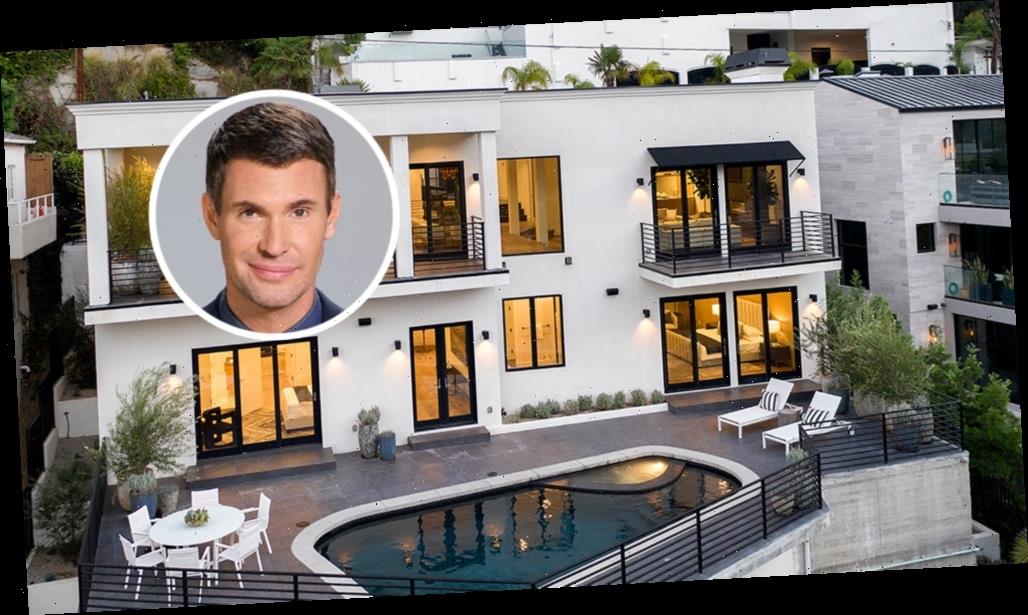 House flipping Bravolebrity Jeff Lewis, sassy, ambitious and sometimes cantankerous star of “Flipping Out,” is at it again, listing an investment property above L.A.’s ever-chic Sunset Strip with an asking price pushing up on $5.8 million.

The two-story hillside cleaving house was acquired by the entrepreneurial real estate investor and designer in late 2016 for $3.125 million, and listings held by Carrie Berkman Lewis of Douglas Elliman show the almost 4,000-square-foot city-view villa has been meticulously (and expensively) renovated with superior quality materials and state-of-the-art technologies. The three-bedroom and three-a-half-bathroom home is quintessential Jeff Lewis with an organically inspired neutral palette of dark-brown hardwood floors, charcoal-colored stone tile work and bright white walls. The house is equipped with an integrated whole-house sound system and a camera-equipped security system along with new plumbing, upgraded electrical, a new roof and all new windows and doors.

Obscured behind a tall hedge, wrought iron security gates open to a simply landscaped courtyard garden lorded over by several stout palm trees. Sophisticated steel-trimmed glass doors lead to an airy foyer that flows into a spacious bi-level open-plan great room that extends the full width of the house with 10-plus-foot ceilings and numerous glass sliders that lead out to a couple of terraces that provide panoramic canyon and city views. A roomy dining area that anchors the middle of the sprawling multipurpose space is flanked to one side by a step-down living room with a wet bar and TV surmounted fireplace, and on the other by a more informal family room area with another flat-screen TV mounted to the wall. Completely open to the family room, the gourmet kitchen is arranged around a doublewide island and features boldly veined Arrabescato marble counters on bespoke rift-cut oak cabinets. Full-height pantry closets add copious storage and an array of top-end designer appliances include a commercial-style six-burner range, two dishwashers and a full-height wine fridge.

In the foyer, a staircase makes a tight, sculptural curl down to the lower level bedrooms. One of the two en suite guest bedrooms has direct access to the pool, as does the main bedroom that additionally offers a huge custom-fitted walk-in closet and a deluxe bathroom with one wall sheathed in polished white statuary marble. Out back, a slate-tiled terrace and small, dark-bottom swimming pool with inset spa are certainly inviting, especially on sunny summer days, but the real belle of the ball is the open view that extends over the city all the way, on a clear day, to the Pacific Ocean.

The popular, never-at-a-loss-for-words reality TV personality, who hosts his own show (“Jeff Lewis Live”) on SiriusXM’s Radio Andy channel, has owned, occupied and flipped homes all across Los Angeles, from Los Feliz to Beverly Hills to the San Fernando Valley. Interestingly enough, he once owned (and renovated) the house next door not just once, but twice! Lewis, who split in early 2019 from his longtime partner and co-parent Gage Edward, with whom he’s still involved in a bitter (and public) custody battle, now resides in Sherman Oaks, in a home owned until 2005 by silver screen legend Richard Dreyfuss. Purchased by Lewis in late 2015 for exactly $2 million, the sprawling 1940s ranch house has, natch, since been extensively overhauled, a process featured on the last few seasons of “Flipping Out.”