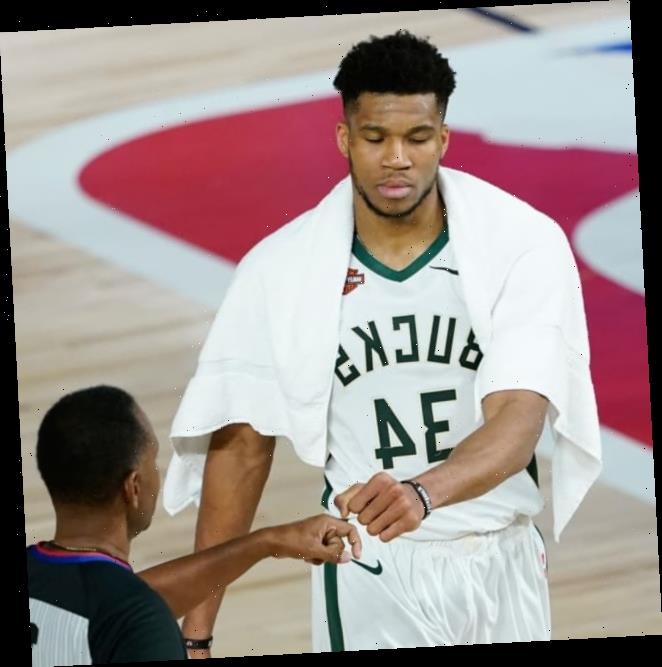 The Milwaukee Bucks may be playing professional basketball inside of a bubble.

But they just took an action that will reverberate far beyond Disney’s Wide World of Sports campus in Orlando.

On Wednesday afternoon, the team — which is led by reigning NBA MVP Giannis Antetokounmpo — chose NOT to play its first round playoff game against the Orlando Magic.

According to a number of reporters and league insiders, the team is boycotting this contest in response to the shooting of Jacob Blake in Wisconsin.

Blake, a father of three, was shot seven times in the back by local policemen on Sunday.

The incident took place in Kenosha, which is located about 45 minutes away from where the Bucks play their home games. (It also took place in front of Blake’s children.)

As of this writing, it’s unclear what sort of ramifications will befall the Bucks as a result of their decision.

The Magic are reportedly refusing to accept a forfeit, which means the game could be rescheduled for later in the week… but who really cares about that right now?

“Some things are bigger than basketball. The stand taken today by the players and org. shows that we’re fed up. Enough is enough. Change needs to happen.

“I’m incredibly proud of our guys and we stand 100% behind our players ready to assist and bring about real change.”

The NBA restarted its season by bringing numerous teams to Orlando shortly after George Floyd was killed in Minnesota and protests for social justice broke out across the country.

The words “Black Lives Matter” are written across all the courts on which games are played, while many players have this same message scrawled on the backs of their jerseys…

… and others have such reminders as “How Many More,” “Enough” and “Vote.”

In recent days, though, ever since the Jacob Blake shooting, players have been saying they need to do more in order to bring attention to systematic racism and police brutality.

There will be no NBA playoff games on Wednesday and it’s unknown how the league proceeds at this point.

Right now, the league has simply said all of these games will be rescheduled.

As you can see below, meanwhile, these boycotts are supported by some of the biggest names in basketball.

The players will reportedly hold a union meeting tonight where they will hold a debate and possibly put to vote a formal general strike.

It perhaps goes without saying, but:

This is the first time in sports history that a game has been boycotted due to the players involved pushing to see real changes in America.

No one knows where things will go from here.