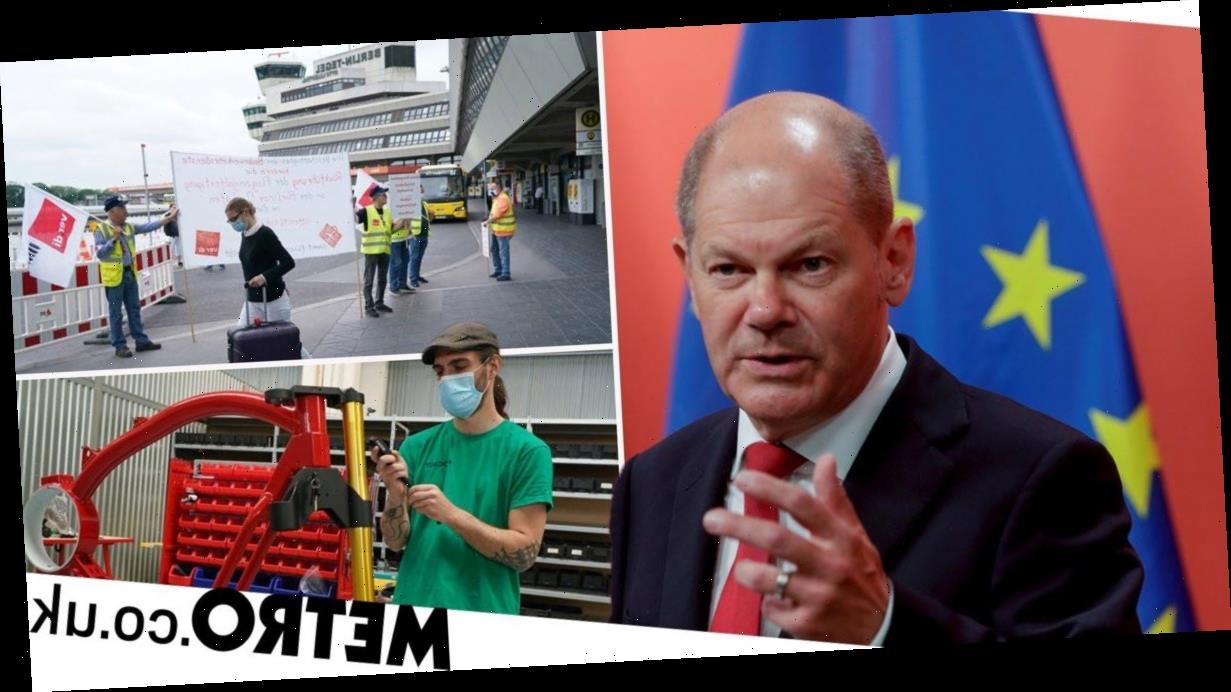 Germany’s ruling coalition has decided to extend their furlough scheme until next year at an expected cost of £8,800,000,000.

The initiative was originally set to end in March, but ministers decided to take measures to protect the economy as the number of coronavirus spikes in Europe increases.

The extension of the scheme will also prolong bridging loans to small and mid-sized companies until the end of this year.

‘The fact that we acted fast and big has resulted in Germany weathering the crisis much better than other [countries].’

The German economy shrank by a record of 9.7% in its second quarter this year, but this was still a smaller decline than other countries including the UK, which contracted by 20.4%.

The UK’s furlough scheme is currently set to end in October, but many have called for an extension to the policy amid fears of a sharp rise in unemployment if it ends in the next two months.

In September, companies will have to pay 10% of their furloughed workers’ salaries, with this then rising to 20% in October when it comes to an end.

Last month the Labour Party warned that a blanket withdrawal from the scheme would create a ‘python-like’ squeeze on jobs in areas of the economy that have been the hardest hit by the pandemic, such as the travel industry.

Shadow chancellor Anneliese Dodds said: ‘The reward for months of hard work and sacrifice by the British people cannot be a P45.

‘It’s not too late for the chancellor to see sense, change course and support the businesses and sectors that need it most. But, even if he does, there is still much to do.’