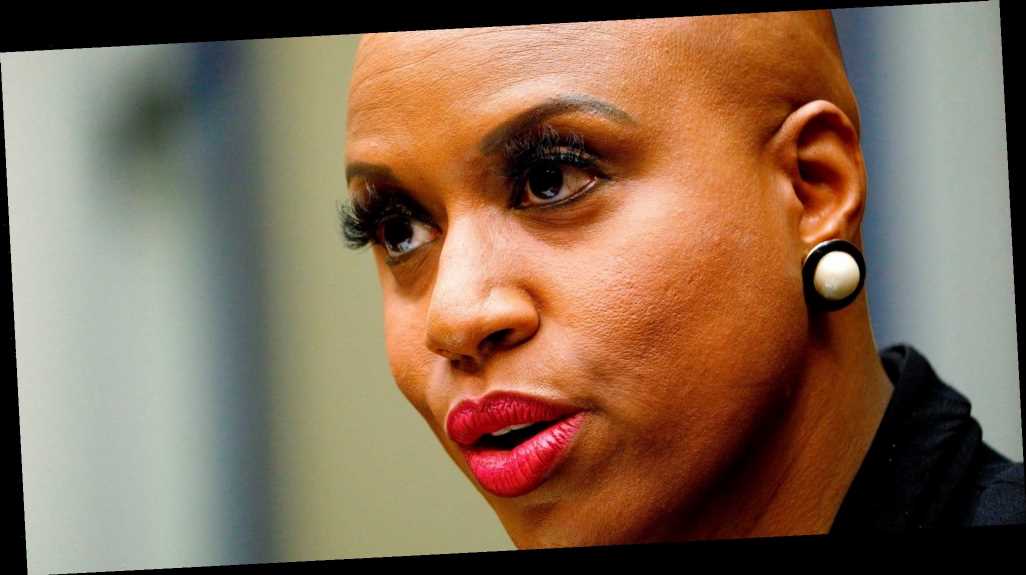 “While some of our colleagues might use this hearing to continue to gaslight and mislead our constituents, I am here to get to the truth. The American people deserve that.”

This was Rep. Ayanna Pressley’s opening salvo in her questioning of Postmaster General Louis DeJoy during Monday’s hearings.

The Congresswoman continued, “To direct the systemic slow down of mail delivery during a pandemic within months of a national election is incomprehensible. At best, these actions represent irresponsible leadership from a novice who has absolutely no business leading a government agency. At worst, they are cruel, unethical, and anti-democratic.”

And no, she did not ease up at any point.

But it was not rhetoric or barbed attacks that made Pressley’s questioning so effective. It was a punishing series of thoroughly researched, strategically framed, and carefully layered yes or no questions whose answers supported her initial condemnation.

Pressley began by posing a specific and presumably easy-to-answer query about recent managerial hiring freezes in the USPS. When DeJoy had no choice but to answer “yes,” there had been a managerial hiring freeze, Pressley continued, “You are also seeking to push early retirement? Yes or no?” And, “Mr. DeJoy, over 40,000 postal workers have had to quarantine, over 6,000 have tested positive, and over 60 have died from COVID-19. Do you know if these numbers are the most accurate and up to date?”

Her interrogation eventually built to the very obvious conclusion:

“A few days ago before the Senate, you said the delays in delivery are attributable to, quote unquote, ‘employee availability in many, many parts of the country.’ So isn’t it true that pursuing a hiring freeze and early retirement when your workforce is already stretched thin by coronavirus would exacerbate delays in the mail? Yes or no?”

I believe it is at this moment DeJoy began silently praying for the rapture.

But the Congresswoman’s most damning line of questioning wasn’t even directed at DeJoy himself. It was to Robert Duncan, chairman of the board of USPS Governors, who was apparently unaware of the many ethical complaints against DeJoy made by employees of his former company — that Pressley evidently found no difficulty in uncovering.

“Were you aware that the equal opportunity commission won a $1.5 million lawsuit against New Breed for sexual harassment and retaliation, yes or no?”

“Were you aware that four women working for New Breed suffered miscarriages because the company refused to accommodate their requests for light duty, yes or no?”

“Did you make any attempt to investigate these labor and employment practices before making him the head of one of the largest and most diverse federal workforces?”

By that point, Pressley’s closing call for DeJoy’s immediate resignation was hardly necessary – he’d practically made the argument himself. Reps. Alexandria Ocasio-Cortez, Rashida Tlaib, and Katie Porter also contributed to the most effective cases against DeJoy of the day, also by directing specific yes or no questions to the Postmaster General. Ocasio-Cortez pressed him on his relationship with his former company, XPO Logistics, getting him to admit he’d received payments from the company since his departure, which suggests he’s met with company executives and may have a conflict of interest. Tlaib confronted DeJoy directly about his donations to the Trump campaign and vested monetary interest in Amazon. Porter simply asked DeJoy if he knew how much it cost to mail a postcard to expose, with glaring clarity, how unprepared and unfit he is for his job.

All of these lawmakers—Pressley, Ocasio-Cortez, Tlaib, Porter—are known for their sharp questioning during Congressional hearings, and their interrogation technique allows them to thread that most delicate of needles in order to command respect — without giving the appearance of having lost any cool.

Their voices are soft and so are their smiles. They ask simple, reasonable, fact-based questions. They remain firm but do not attack directly. They are consistently better prepared than the person they’re tasked with questioning, and so evade counterattack. They do not allow room for spin or equivocation. They are not looking for excuses or context. They demand the unvarnished truth. As Ocasio-Cortez noted in an Instagram story on Monday night about her interrogation style, “I adapt my words and vibe to complement the situation. The goal is not to yell or make a point. It’s to get your desired result.”

To this end, they also make specific requests or demands.

In addition to requesting access to DeJoy’s calendars, which would indicate whether or not he’d taken meetings with executives from his former company, Ocasio-Cortez — through a genuine and friendly smile — requested a wheelchair ramp for a post office in her district.

Pressley asked: “Will you commit to providing this committee with the data you say you are already formally collecting disaggregated by congressional district on COVID-19 related deaths, positive tests, and quarantines of postal workers by Friday since this is quite literally a matter of life and death?”

This technique is how Porter memorably forced the Centers for Disease Control (CDC) to commit to free COVID-19 testing.

The trick of giving their subjects just enough rope to hang themselves by has the dually impressive effect of extracting actual answers and generating memorable soundbytes that immediately go viral. They’ve become progressive icons because, well, they’re good at their jobs.

But they have to be. As women, and especially the women of color and young women, Monday’s standout questioners must be more competent than their male colleagues in order to influence change.

Their conduct must be unimpeachable and their information accurate without asterisk or caveat. The dog whistles used to denigrate and undermine women and people of color are many — and the Republican Party is happy to use all of them, from “angry” to “unhinged” to “unAmerican.”

The white men who do not have to answer to these critiques are free to quibble, paraphrase, even weep. Open-ended questions and emotional appeals are not an option for women. But when men claim to have cornered the market on logic, women can use logic to expose them.

The squad did not invent this tactic of course. Two of the most serious and impressive women who ran for president in 2020, Kamala Harris and Elizabeth Warren, are masters of the yes or no question.

“Mr. Mayor, are you willing to release all of those women from those nondisclosure agreements?” Warren demanded of Mike Bloomberg on the debate stage. He began releasing them from these agreements days later. Harris refused to let DHS Secretary Chad Wolf off the hook when she asked if he’d discussed deployment of federal agents to Portland with the Trump campaign staff, or Judge Kavanaugh if he’d discussed the Mueller investigation with Trump’s personal lawyer.

Women project strength not through aggression, but by erecting an impenetrable reason-bulwark against lies, malevolence, corruption, and ineptitude that lays it all bare with more efficacy than any attack possibly could. It appears this is where the buck actually stops.

Pressley came in swinging, it’s true, but the difference is that she backed up her arguments with facts and data that were impossible to refute. And after that, criticisms of anger or radicalism or insubordination bounce off, impotent, and, frankly, a little pathetic.