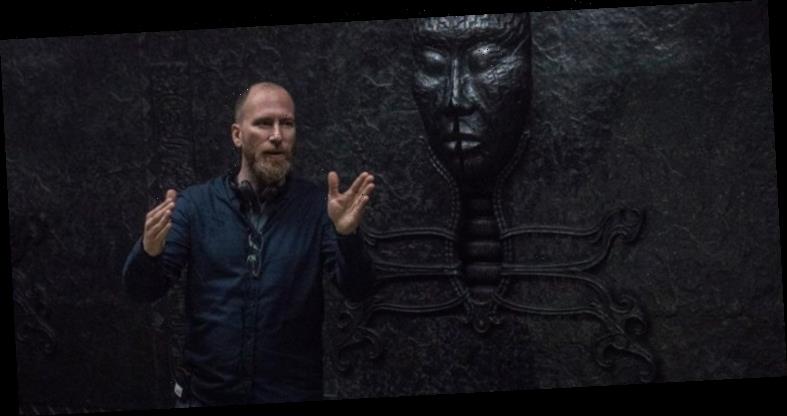 Netflix has picked up the next film from Tomb Raider director Roar Uthaug. The streaming giant is set to release Uthaug’s Norwegian action-adventure fantasy Troll, a monster movie inspired by Scandinavian legend that imagines a giant fantasy creature awakening from slumber to wreak havoc on the Norwegian countryside.

Netflix is set to exclusively release Roar Uthaug’s Norwegian action-adventure movie Troll, an original idea from Uthaug based on the creature from Scandinavian legend. Uthaug is set to direct the film, while Espen Horn and Kristian Strand Sinkerud of Norwegian banner Motion Blur, the company behind Norwegian Netflix film Cadaver, will produce.

Here is the logline for the film, per Variety:

Deep inside the mountain of Dovre, Norway, something gigantic awakens after being trapped for a thousand years. Destroying everything in its path, the creature is fast approaching the capital of Norway, with city-dweller[s] struggling to stop something they thought existed only in Norwegian folklore.

Troll is a passion project from Uthaug, who said in a statement, “Troll is an idea that has been developing in the back of my mind for over 20 years. To finally be able to realize it with the enthusiastic and ambitious people at Netflix and Motion Blur is truly a dream come true. I can’t wait to unleash this Norwegian monster on the world.”

“We are incredibly proud to bring a Norwegian project of this scale to the world together with Roar Uthaug and Motion Blur,” added David Kosse, VP of International Original Film at Netflix. “Roar is an extremely skilled filmmaker and I’m excited for him to go back to his Norwegian roots with this ambitious, fun film.”

Also chiming in were producers Espen Horn and Kristian Strand Sinkerud, who said, “We are thrilled to bring Troll to life, a Norwegian fairy tale figure, played, directed and produced by Norwegians for the global market. We at Motion Blur are ecstatic to finally announce this collaboration with director Roar Uthaug and Netflix.”

Uthaug has built a reputation in his home country of Norway for delivering high-end action on a budget. He broke through with the Scandinavian horror film Cold Prey, which spawned several sequels. But it was the 2015 disaster flick The Wave, Norway’s first major disaster movie, that earned Hollywood’s attention, causing Uthaug to be tapped to direct the perfectly middling 2018 Tomb Raider reboot for Warner Bros. and MGM. Here’s hoping his passion for this project is better translated into the final product.

Netflix plans to release Troll worldwide on its streaming platform in 2022.