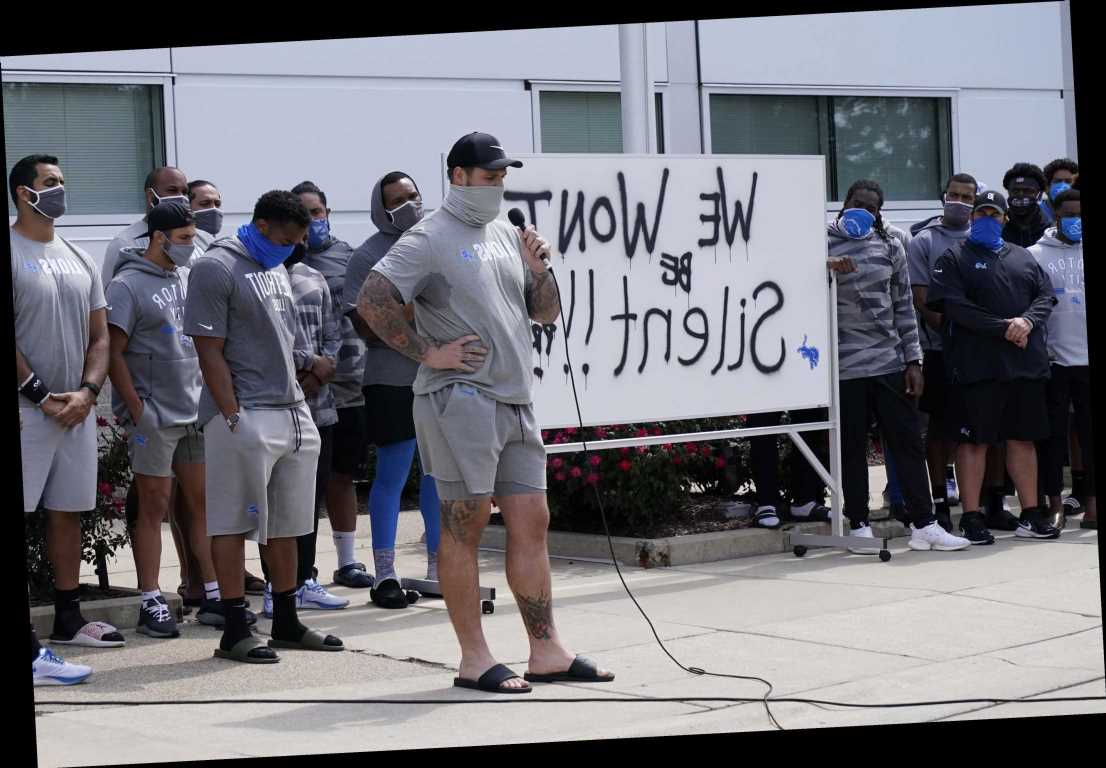 The Detroit Lions canceled afternoon practice Tuesday and decided to use their energy and platform to discuss the weekend shooting of Jacob Blake by police in Kenosha, Wisconsin.

Standing outside of the team’s practice facility in Allen Park, Michigan, head coach Matt Patricia and his players displayed messages written on a whiteboard that read, “The World Can’t Go On! (Stop and Listen)” and “We Won’t Be Silent (One Pride).” 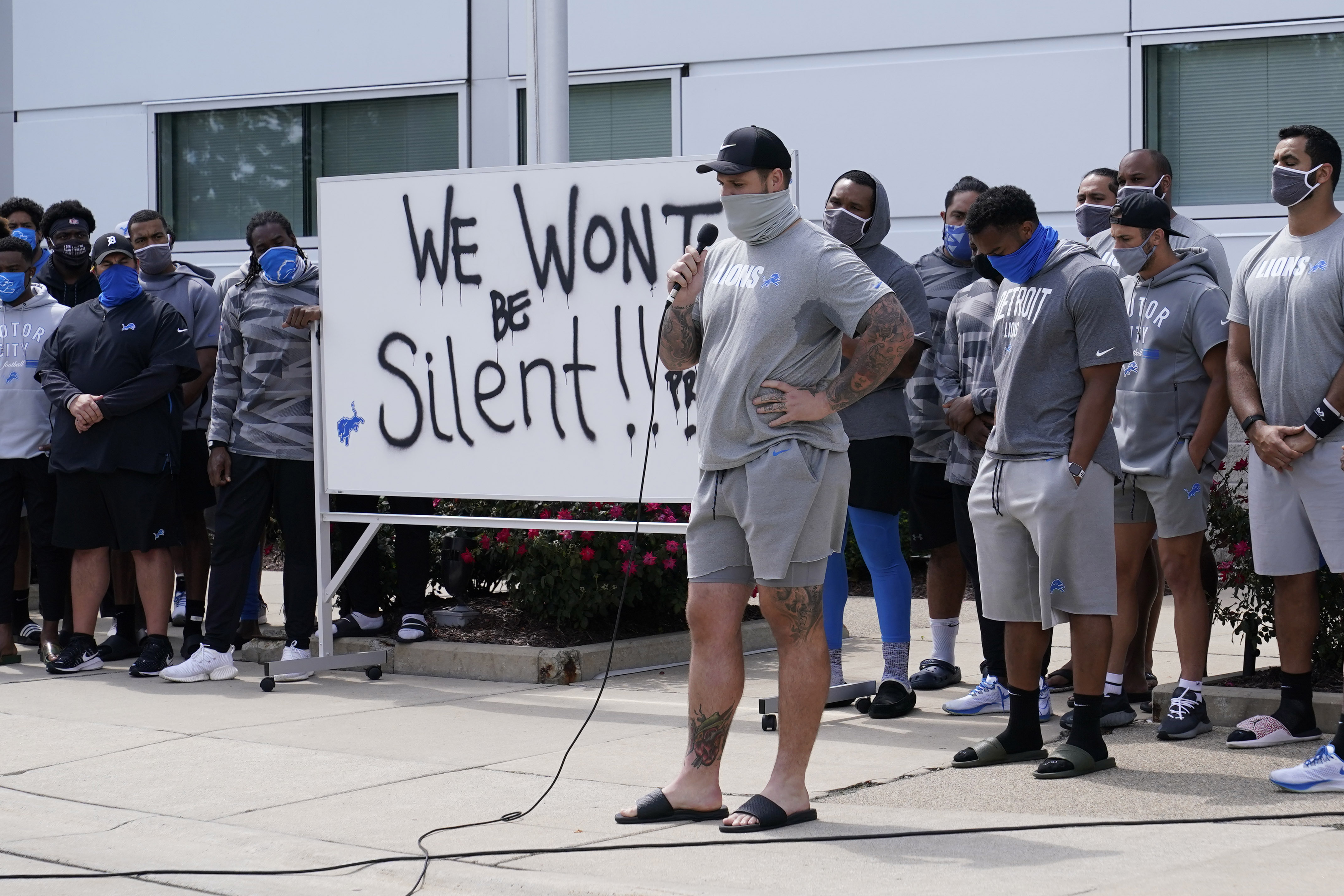 It is the first known time an NFL team has canceled practice to address social justice issues, although nearly all clubs have been more open and outspoken since the May death of George Floyd in Minneapolis.

Rather than stage the scheduled afternoon practice, players said they wanted to make it clear that incidents such as these can’t be treated as normal occurrences. By not practicing, and instead discussing it in front of the media, they believe they can create change in society.

“We can’t be silent,” defensive lineman Trey Flowers said. “We can’t stay silent. It can’t be us going through our regular day. So today we stand unified.”

Lions players and coaches met Tuesday morning and discussed the incident. It was said to be intense and emotional. The idea of canceling practice grew from that.

What appeared to be the entire team, including some coaches, then appeared together outside the facility.

“We had our team meeting this morning and no football was talked about,” quarterback Matthew Stafford said. “Coach just opened the floor. The conversations lasted four hours, and it was incredible to be a part of it. … There’s been a lot of days I’ve been proud to be a Lion and a QB in the NFL, but there’s never been a day I’ve been more proud than today.”

Blake, a 29-year-old African American, was shot eight times in the back by police on Sunday night after witnesses reported he tried to break up a fight. Blake is expected to survive but his father told the Chicago Sun-Times that he is paralyzed from the waist down.

Despite curfews and the presence of the national guard, demonstrations have broken out in Wisconsin the last few nights.

The Lions felt the focus even in Michigan should be on that and not the team’s preparation for the season opener next month.

“While some people think we are just football players, this league, two-thirds of the players are African American,” safety Duron Harmon said. “Jacob Blake could have been anybody’s brother, cousin, uncle, friend. It could have been them. And it wasn’t OK.