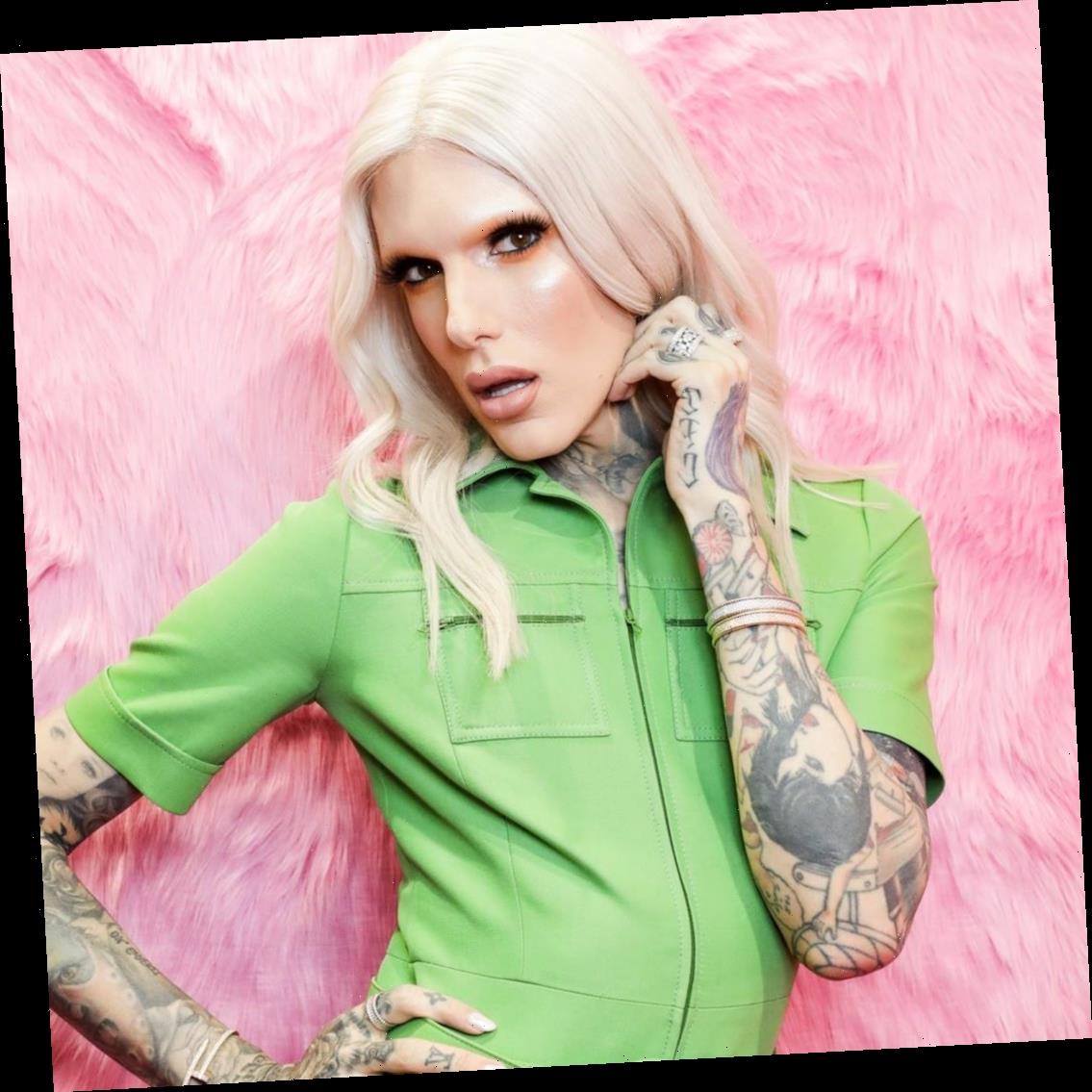 Jeffree Star defended himself from accusations that his relationship comes with a price tag, less than a year after splitting from Nathan Schwandt.

Let the record show that Jeffree Star is not paying his boyfriend to date him.

The YouTuber made things Instagram official with a mystery man on Monday, which landed his name on Twitter's trending page within minutes. Many of the tweets were focused on his past controversies, but some of them questioned whether Jeffree's new boo is benefitting financially from this arrangement.

However, as the Jeffree Star Cosmetics owner claimed on Twitter, that is not the case. "I know it's devastating news for some people, but I don't give money to anyone I'm dating or anyone who is f–king me. Work on your own insecurities sis, I'm not the problem," the star tweeted.

He continued in another tweet, "Worry about how to pay your own bills, not who's in my mouth. Thank you, God bless – Upper management."

Jeffree also shared numerous photos of him and his boo at his mansion on Instagram Stories, but has yet to personally share his boyfriend's name.

The Shade Room was first to identify Jeffree's mystery man as a basketball player who previously played at Duquesne University in Pittsburgh, Penn. After graduating from college, the athlete traveled overseas to join teams in Germany and Austria.

His Instagram, which is now private, shows that he's currently living in Atlanta, GA.

Carole Baskin, Chrishell Stause and More In Talks For DWTS

The YouTuber's new relationship announcement comes less than a year after he and longtime boyfriend Nathan Schwandt went their separate ways.

In a YouTube video confirming their split Jeffree explained that they were breaking up because they wanted to go into 2020 "focusing on our own selves."

"It's 2020," Star said. "We're gonna start things off fresh. I'm starting this year off alone and I can't even believe I'm saying that. I'm so devastated but I'm strong and you guys know that me and Nate had been through so much together. And there's no crazy gossip, there's no tea, this is actually really important and I don't think that enough celebrities, influencers, people with a platform, talk about, and that's mental health."

Earlier this year, Jeffree came under fire for using racial slurs in past social media posts and for his involvement in a feud between Tati Westbrook and James Charles.

He later apologized for both controversies, but the makeup brand Morphe cut ties with the star.