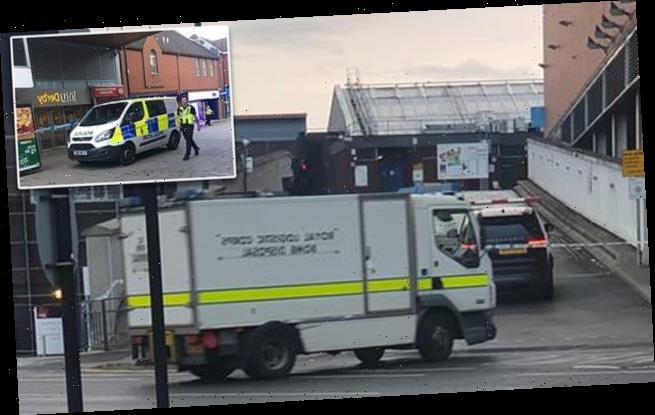 A shopping centre in Derby will remain closed overnight following reports that a ‘suspicious package’ was found, police said.

Derbyshire Police said the Explosive Ordinance Disposal team were at Intu Derby to deal with an ‘ongoing incident’ on Friday night.

Members of the public have been asked to avoid the area as the investigation expected to continue.

The shopping centre was evacuated yesterday evening amid reports of a suspicious package. 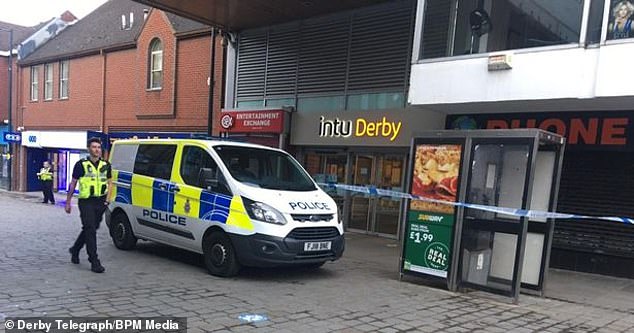 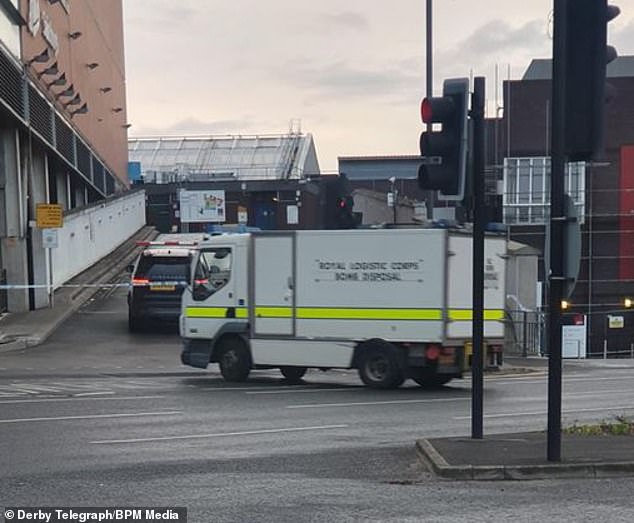 An Army bomb disposal unit was called to the scene as restaurants and leisure venues were evacuated at around 7pm.

Derbyshire Fire and Rescue Service were also in attendance, with dozens of diners being forced out into the surrounding streets.

Although the shops were closed at the time, restaurants, a cinema, mini-golf and a bowling alley operate late into the evening.

One visitor, Zoe Gusta, said: ‘Up to a hundred people were evacuated from the Intu Derby shopping centre at around 7pm. The area is currently surrounded by police vans.’

Traffic Street has been closed between the Royal Telegraph pub and Cockpit Island.

‘As per the previous statement, there’s no further news at this stage.’ 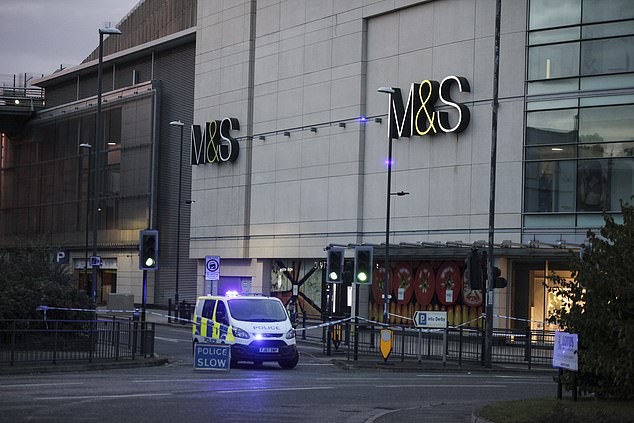 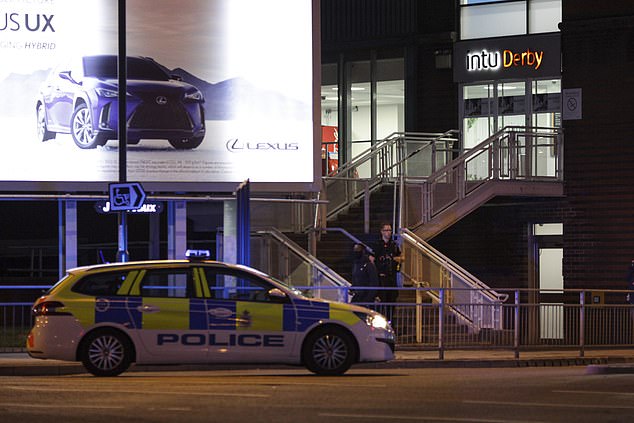 Ben Townsend, of Chellaston, was having a meal with his girlfriend at TGI Fridays when an alarm sounded just after 7pm.

Mr Townsend, 32, said: ‘We were just eating our meal and then the alarm went off and we were told to get out of the Intu.

‘I thought it was a fire alarm but with all the police I don’t know what it could be. I don’t think there’s much chance of us going back to our meal now.’

People on social media have said that many who were evacuated are still unable to return to get their cars, which remain cordoned off.

The earliest time people can get back to their cars is after midnight, according to Derbyshire Live.

Amy Spencer, 24, who was eating at Wagamama with friends, said: ‘It was pretty scary with everyone coming out of Intu together – they didn’t tell us anything and we thought it was a fire alarm.

‘The restaurant closes at 9pm I think so we’re just going to go home. I’m just glad we didn’t park in the car park.’