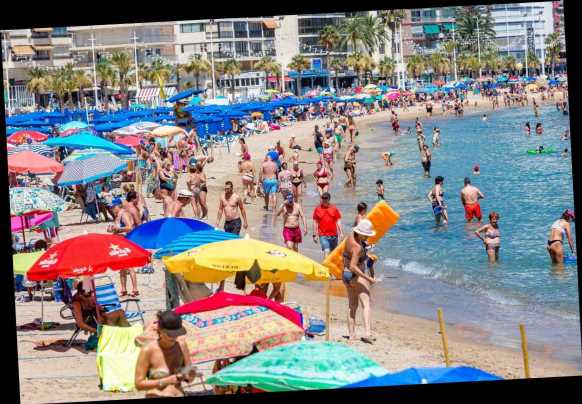 PARTY-goers are being blamed for causing a spike in coronavirus cases as infections have doubled in Benidorm.

The Costa Blanca region reported 715 new cases over the weekend – the largest rise in infections since lockdown ended in June. 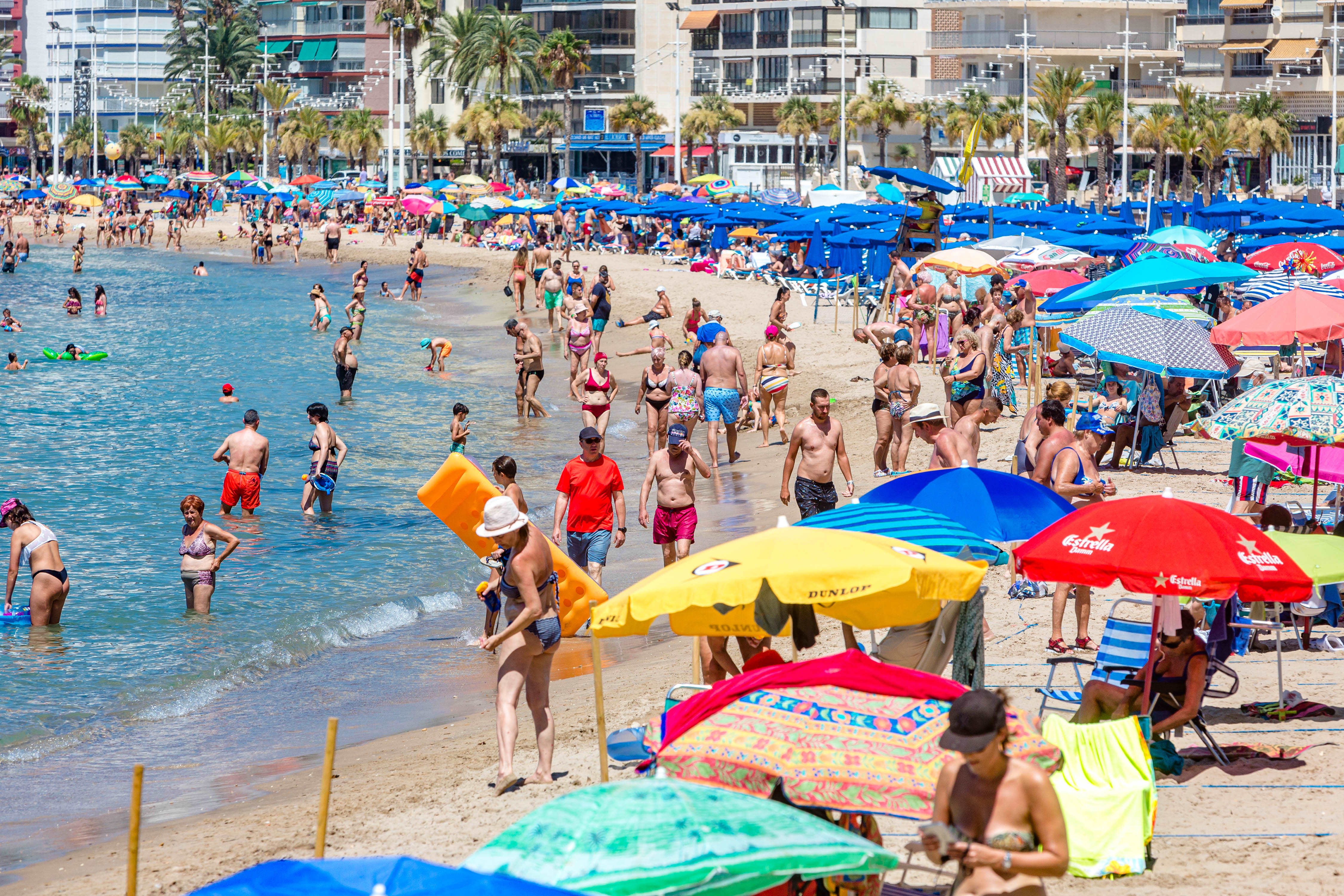 Young people aged between 15-34 now account for nearly half of all cases (46 per cent).

Health minister Ana Barceló said: "This is due to their mobility, because this is the group with the most social contacts.

"The virus has not lost its ability to cause serious health problems, including to young people."

The number of hospital admissions in the region has doubled to 128.

Face masks must be worn in public spaces and there is a smoking ban in place when social distancing cannot be guaranteed.

Spain has now seen over 382,000 coronavirus cases and 28,000 deaths and it has now brought in further measures to try and stop the spread.

Nightclubs, discos, karaoke bars and late-night bars have been ordered to close in the Valencia region.

The region incorporates the provinces of Castellon, Valencia and Alicante. 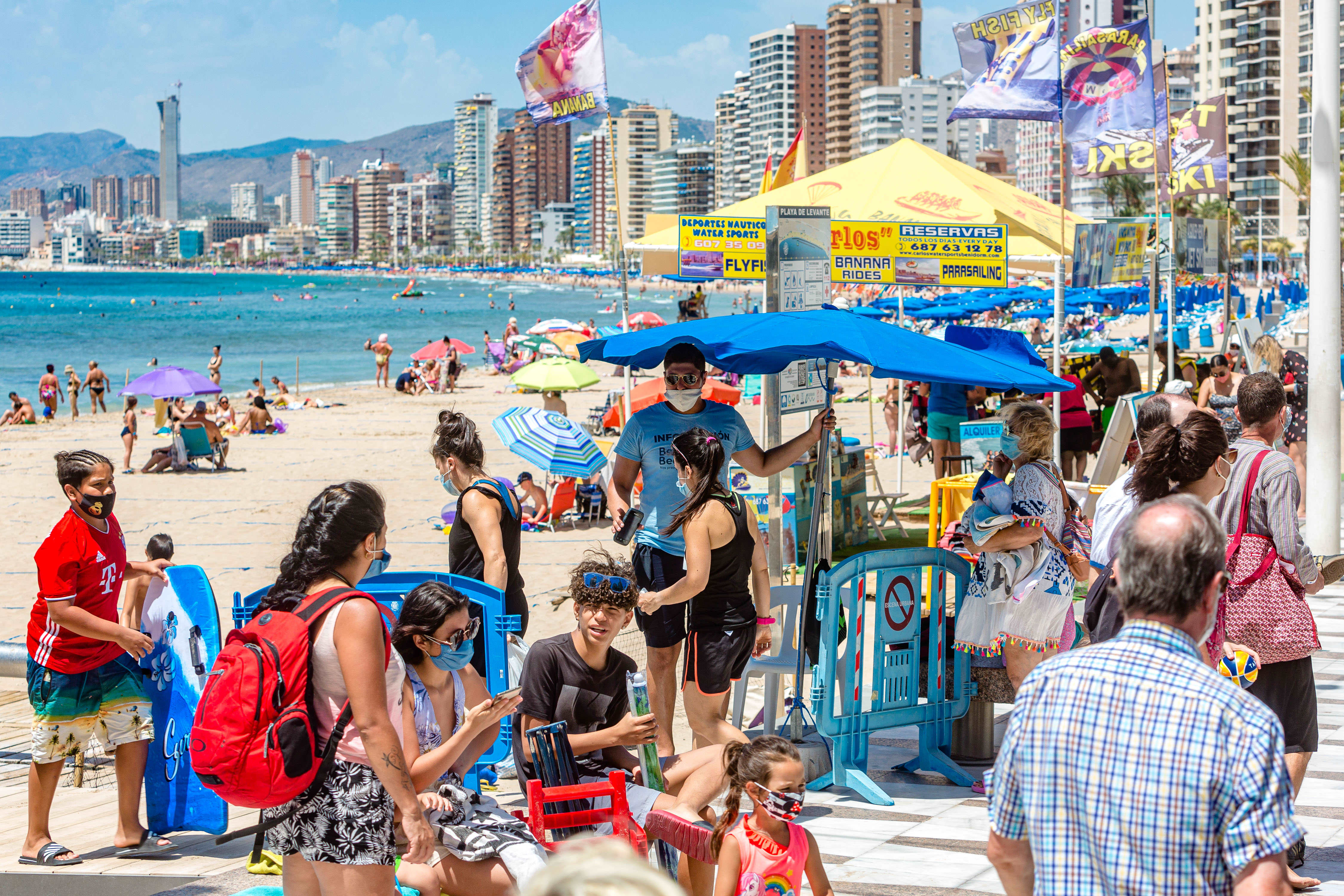 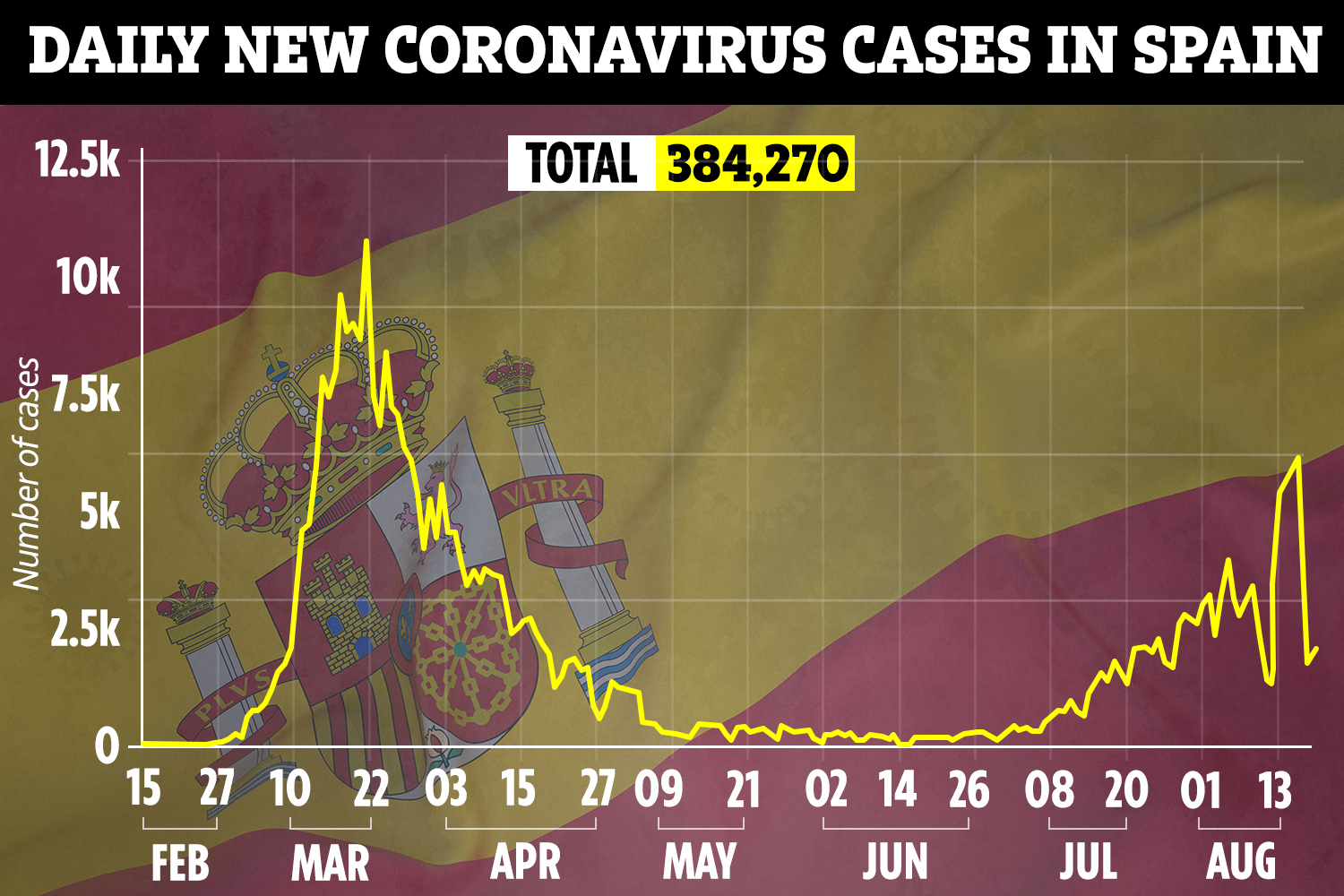 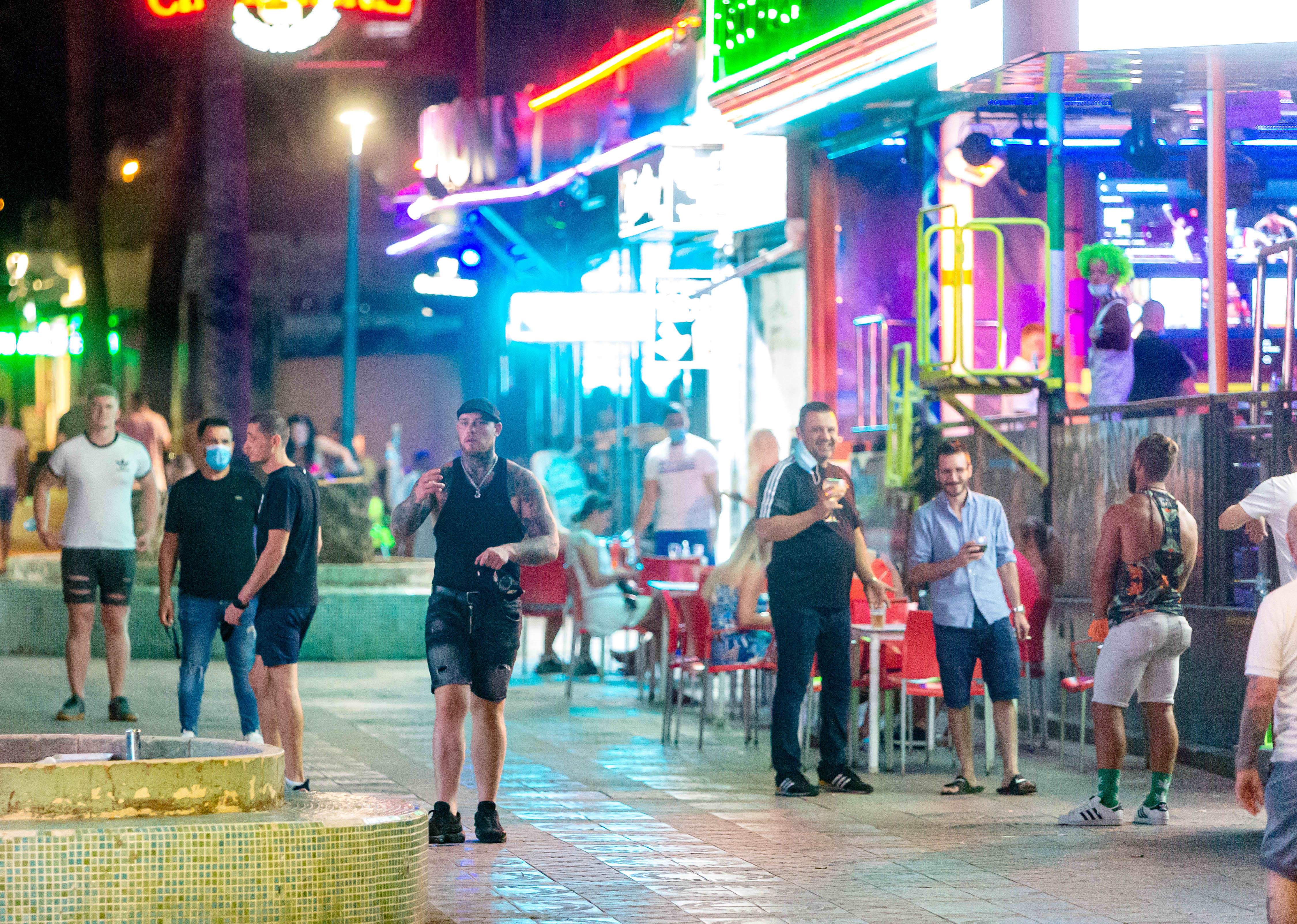 Restaurants and bars must close at 1am and are not permitted to allow new customers in after midnight.

Events of more than 400 people will have to get prior approval from public health authorities in the region if they are to take place.

The rise in cases comes after a brothel in the region, renowned for its stag parties, was shuttered after at least four people tested positive for the virus.

It's feared that dozens more could be infected.

Authorities acted after one of the workers fell ill and tested positive for the virus after a hospital test.

Police closed the sex club in Cox a 40 minute drive north-west of Torrevieja with a court order after discovering the other cases.

The unnamed brothel has a bar and restaurant as well as rooms where customers can pay for sex.

It was not immediately clear if prostitutes are among those to be tested positive for the virus.

The mayor of beach resort Vila Joiosa warned earlier this month that he would not hesitate to take tough action if young people continued to disobey the advice.

Mayor Andreu Verdú accused youngsters of not taking the pandemic seriously enough and urged them to be prudent.

Local police stepped up patrols and tried to warn young people about the need to wear face masks as well as controlling numbers on terraces.

It was feared at the time that holidaymakers would travel from the coastal town of Vila Joiosa to Benidorm given the short distance. 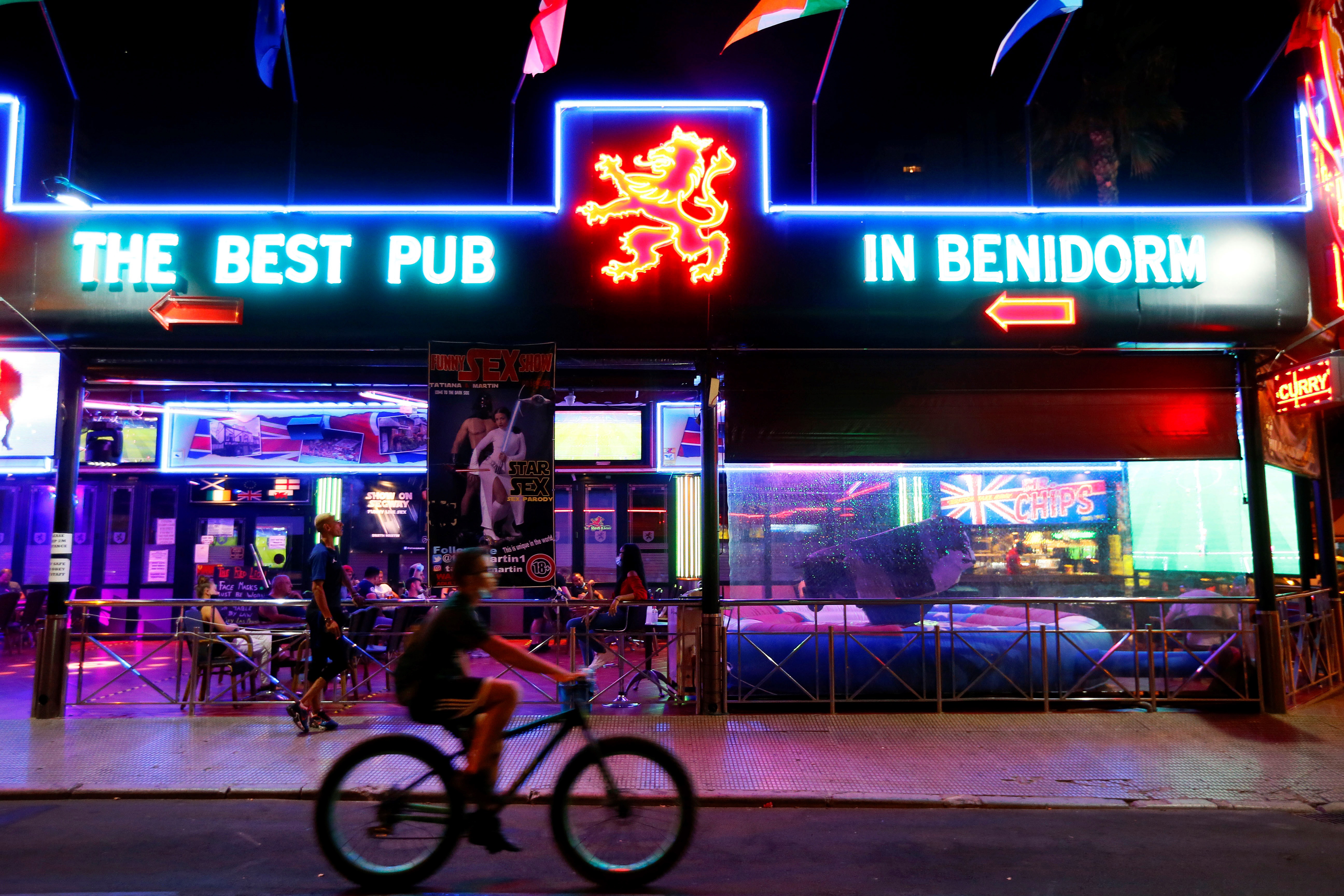 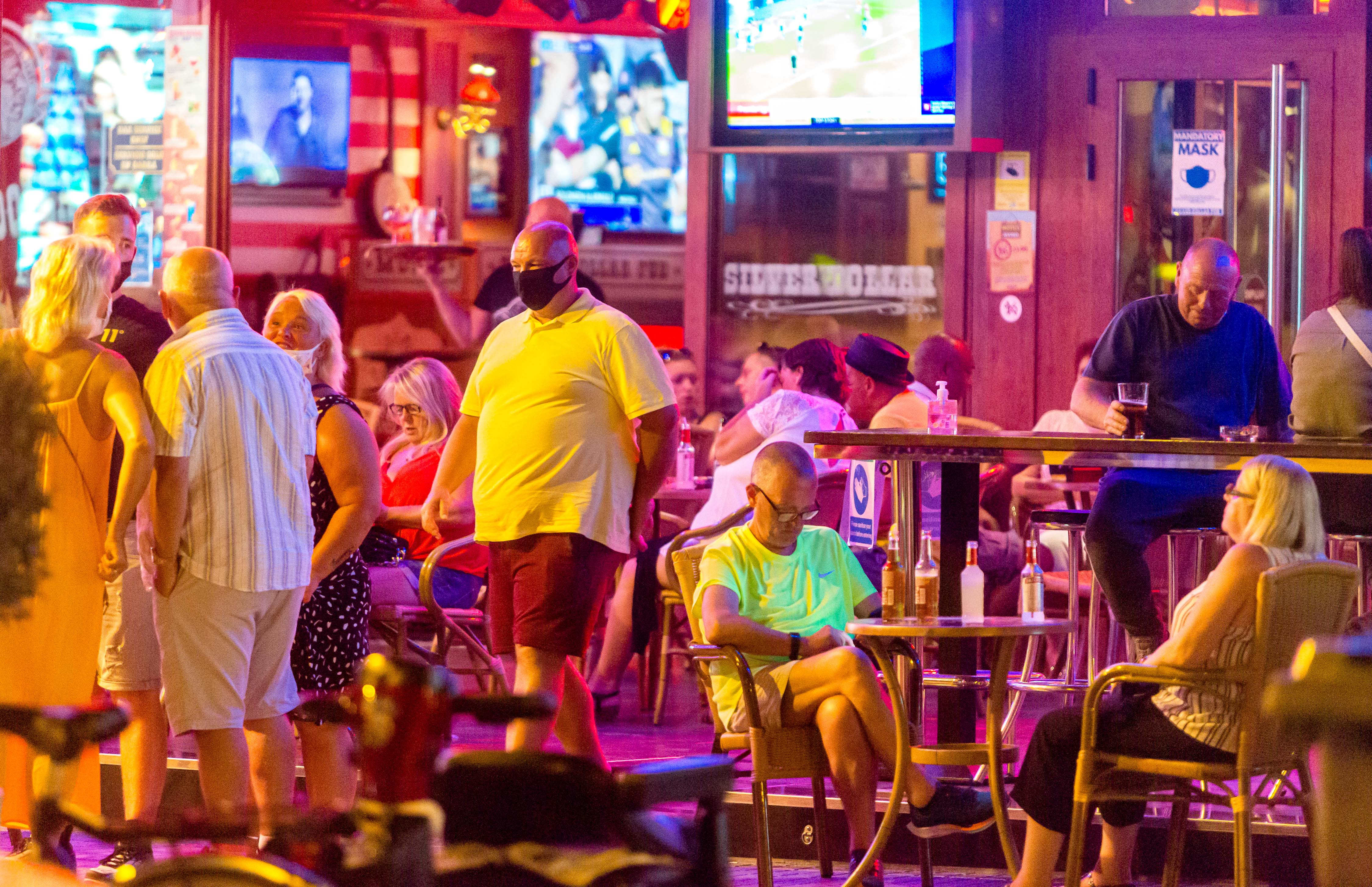