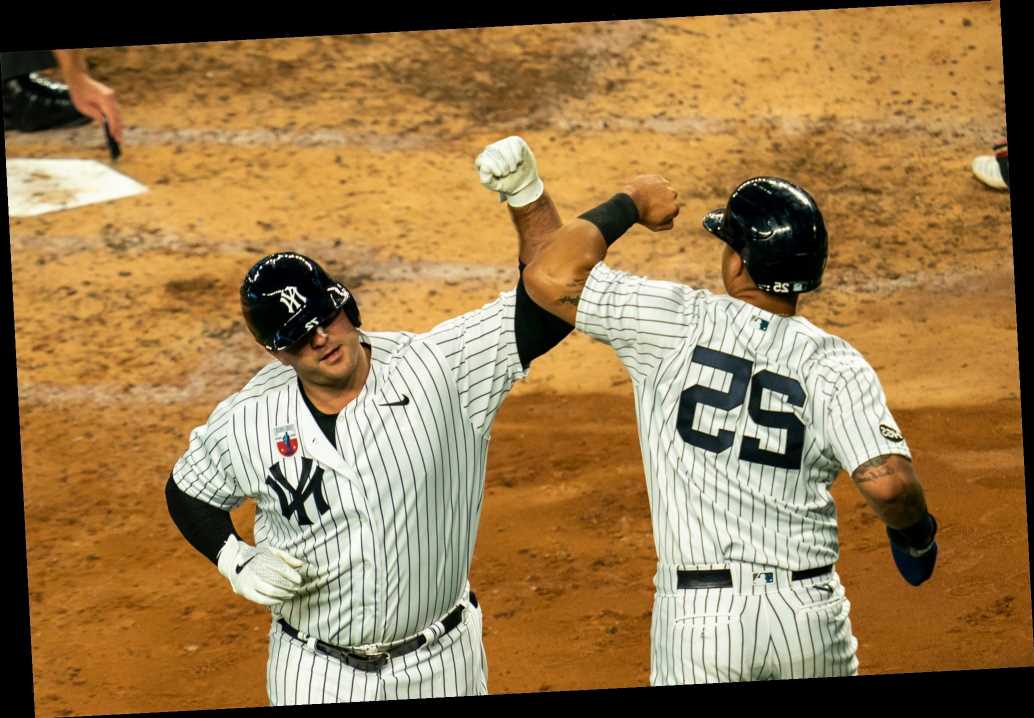 The Yankees continued to roll through the AL East with a 4-2 win over the Red Sox on Sunday night and got the first solid outing of the season from J.A. Happ.

The left-hander allowed one run over 5 ²/₃ innings after having his starts pushed back — or skipped — and his results had been ugly.

But against the hapless Red Sox, Happ gave up just a third-inning homer to Kevin Pillar and the Yankees beat their once and future rivals for a ninth straight time.

It’s the Yankees’ longest winning streak against Boston since a franchise-best 12 in a row that stretched from 1952-53.

These Red Sox have lost seven straight and are hardly what the Yankees are used to seeing, with a makeshift rotation and shoddy bullpen.

On Sunday, the Yankees won their fifth consecutive game overall.

They took a 1-0 lead in the bottom of the first, sparked by consecutive one-out singles by Gio Urshela and Mike Tauchman. After Gleyber Torres struck out, Mike Ford delivered a flare to center to score Urshela.

The Yankees added another run an inning later. Brett Gardner led off the bottom of the second with a walk and moved to second on a Clint Frazier groundout to third. Tyler Wade whiffed before Aaron Hicks’ two-out chopper hit first base and bounced high, out of Michael Chavis’ reach. It went for an RBI double to make it 2-0.

Happ cruised for much of his outing, but Kevin Pillar drilled a line drive solo homer to left with two outs in the top of the third to cut the Yankees’ lead to a run.

But the Yankees got to Boston starter Chris Mazza again in the bottom of the inning, with Ford following a Torres single with a two-run homer into the seats in right.

Meanwhile, Happ continued to roll, even with right-hander David Hale warming in the bullpen in the top of the fourth, before Happ had even reached 50 pitches.

Happ lasted until the sixth, when he was pulled after walking Rafael Devers. It was just Happ’s second walk of the night, a marked improvement for Happ, who entered having issued eight walks in his seven innings prior to Sunday.

Adam Ottavino got the final out of the sixth and the first out of the seventh before the Red Sox threatened against Chad Green later in the seventh, as Green gave up a double to Alex Verdugo and then walked pinch hitter Mitch Moreland. After Verdugo stole third, Green got Plawecki to pop out and Jonathan Arauz to line to left.

Since his pitching schedule had been altered more than once, there had been speculation that the Yankees were trying to keep Happ from reaching the incentives needed for his $17 million vesting option to kick in for 2021.

Those numbers are still to be determined due to the impact of the abbreviated season, but before the game, Aaron Boone said numbers did not play a factor in his decision-making.

“I had a conversation with him when I let him know [he was being skipped last time in favor of Jordan Montgomery],’’ Boone said.

Boone also noted that Happ had pitched under “some difficult circumstances, obviously, with getting pushed back a couple days at the start [of the season] and then getting skipped. So it hasn’t been ideal.”

When asked prior to the game if Happ was pitching to stay in the rotation, Boone at first didn’t answer directly. He eventually said, “He’s one of our starters.”

And after his performance Sunday — albeit against a Boston team in freefall — Happ figures to stay there for now.