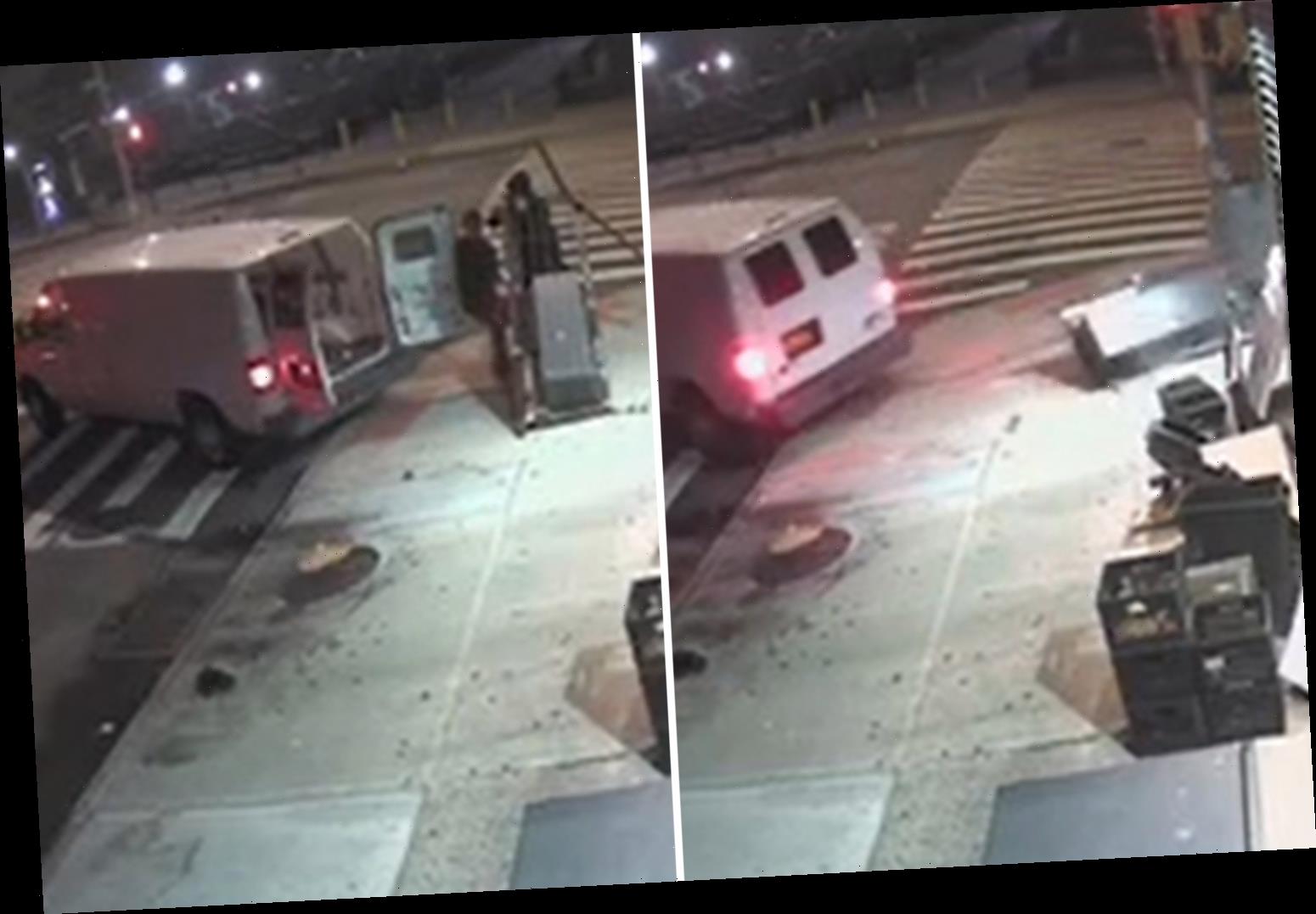 THIS is the moment shameless thieves "ripped an ATM out of the ground" and shoved it into a van.

A surveillance camera captured the shocking footage outside of Yankee Deli & Grocery on Avenue C in the East Village early Friday morning. 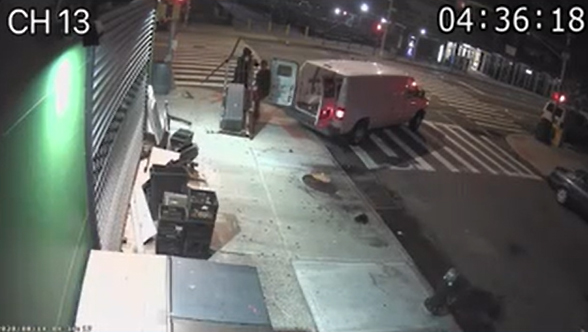 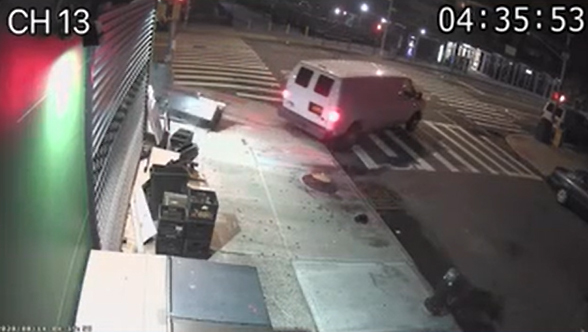 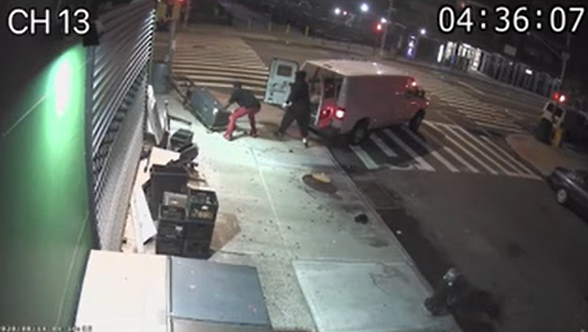 The theft was recorded at 4.35am when a white van – appearing to have a rope or chain attached to something inside the store – jolted forward, the New York Post reported.

After the vehicle made two attempts to tug something from the store, an ATM was seen pulled out onto the sidewalk.

Moments later, two masked men emerged from the store and ran to put the machine inside the van.

However, it took the burglars approximately two minutes to successfully lift the seemingly heavy ATM into the vehicle before making their getaway. 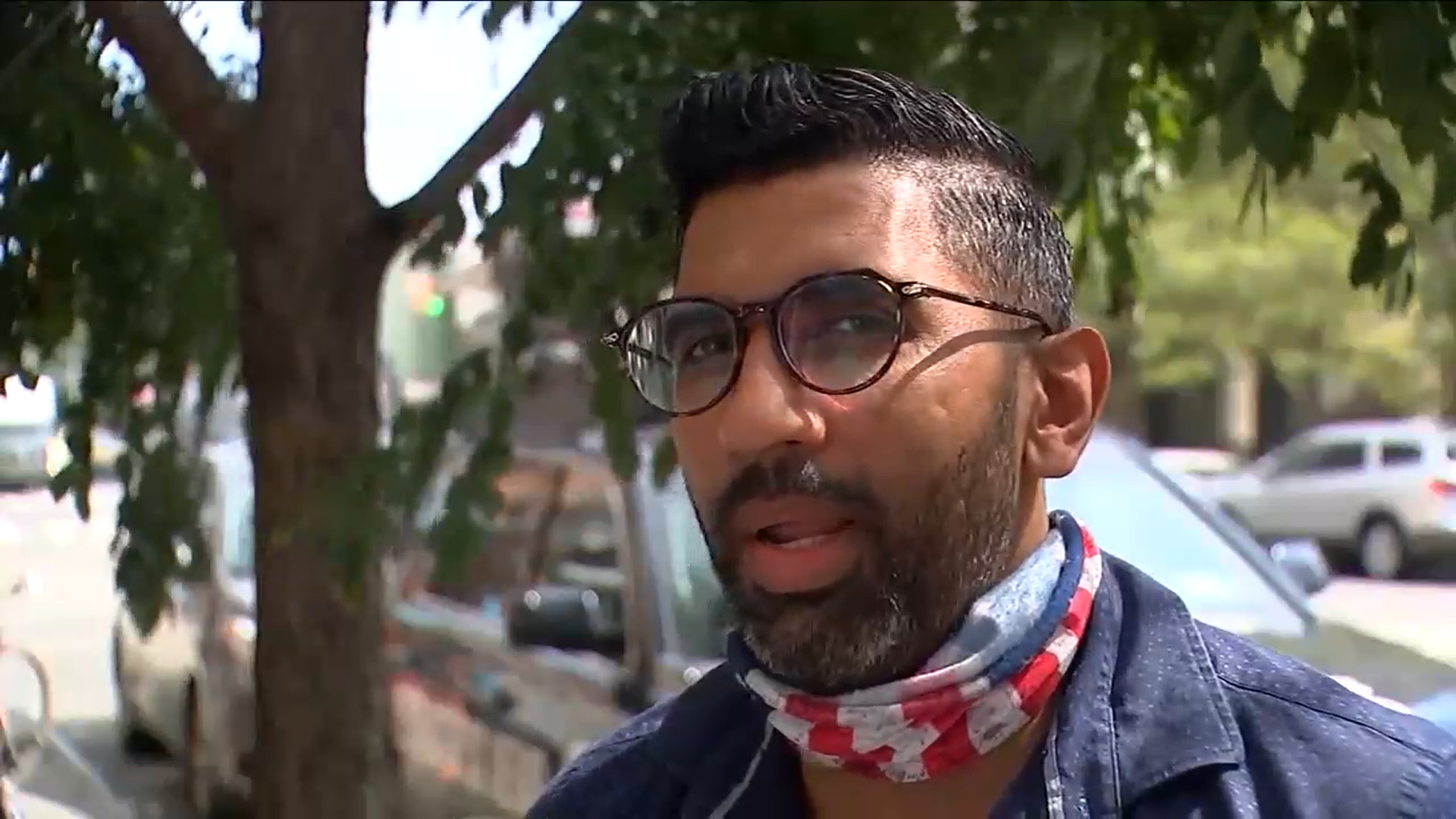 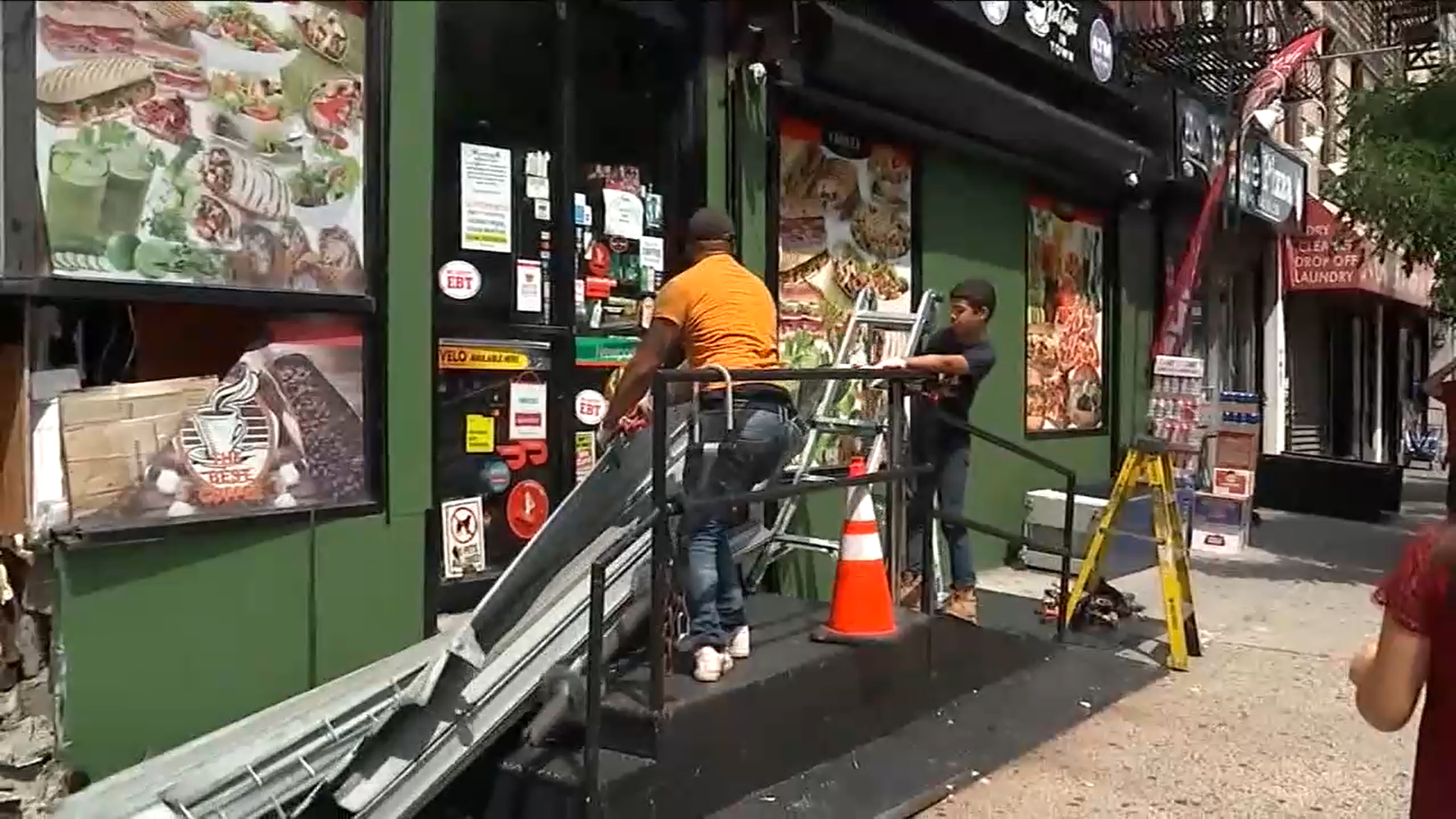 The deli owner, Jose Collado, never thought such a cruel act could happen at his store, according to the New York Post.

Speaking at a news conference on Sunday, Collado recounted when someone called to tell him what happened.

He said: “Somebody called me and say, ‘You know what happened?'

“I say no. I very scared. He told me something like that. I come quickly to the store and see everything down. I feel badly." 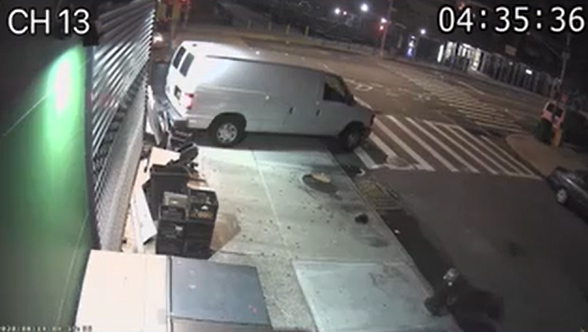 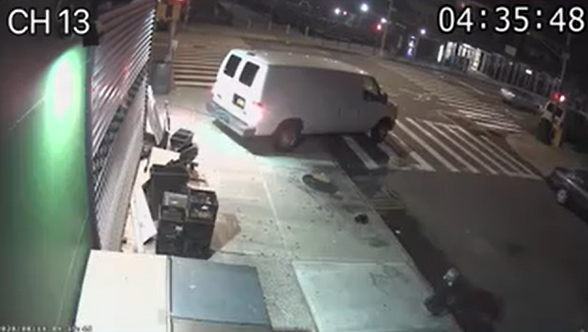 He told CBS2 that the burglary happened 20 minutes before the store opened.

The deli manager, Tom Mazenis, also spoke with CBS2, adding: “Why would you do that to a small mom and pop operation and somebody in your own community?"

The robbery comes as crime across New York City has surged during the coronavirus pandemic.

"You have excellent police and law enforcement, but you have to let them do their job," the president said during a press briefing on last week.

The NYPD Anti-Crime Unit was shut down in June, which left roughly 600 officers reassigned and the department experiencing a rise in shootings and complaints, according to NYC Police Commissioner Dermot Shea.