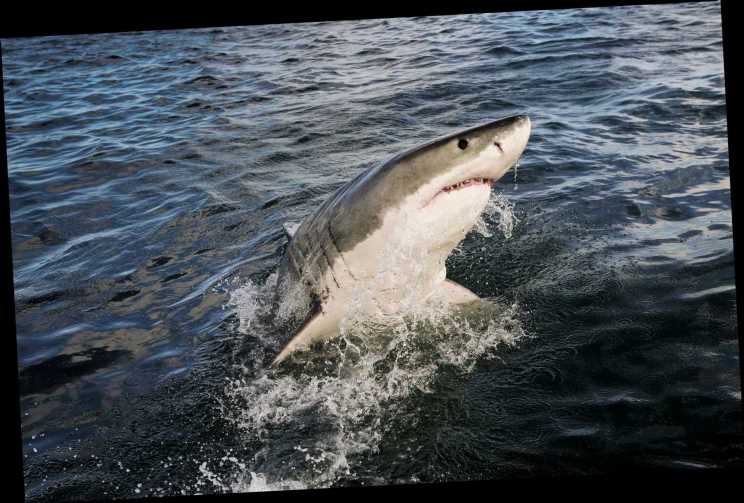 An Australian surfer repeatedly punched a shark in the head until the giant fish let go of his wife in an attack Saturday.

Chantelle Doyle, 35, was surfing north of Sydney with her husband when she was bitten two to three times in the leg in an attack by a juvenile great white shark close to 9 feet long.

After fighting off the shark, Doyle’s husband, Mark Rapley, and other surfers then helped her to Shelly Beach in Port Macquarie. Doyle was treated at the scene and eventually airlifted to a regional hospital, where she was listed in serious by stable condition after hours of surgery.

“This fella paddled over and jumped off his board onto the shark and hit it to get it to release her — and then assisted her back into the beach,” Steven Pearce, CEO of Surf Life Saving New South Wales, told the Sydney Morning Herald. “Pretty full on. Really heroic.”

“I did what anyone would have done,” Rapley later told the Sunday Telegraph. “The shark was latched on to her leg. I just jumped into the water.”

Pearce also praised other surfers and bystanders who came to Doyle’s aid.

As paramedics were working on the woman, the shark could be seen leaping in the water with her surfboard in his mouth, said a witness.

The attack was the third in the area in just two months.

Several beaches in the area were immediately closed, and will remain closed for at least 24 hours.