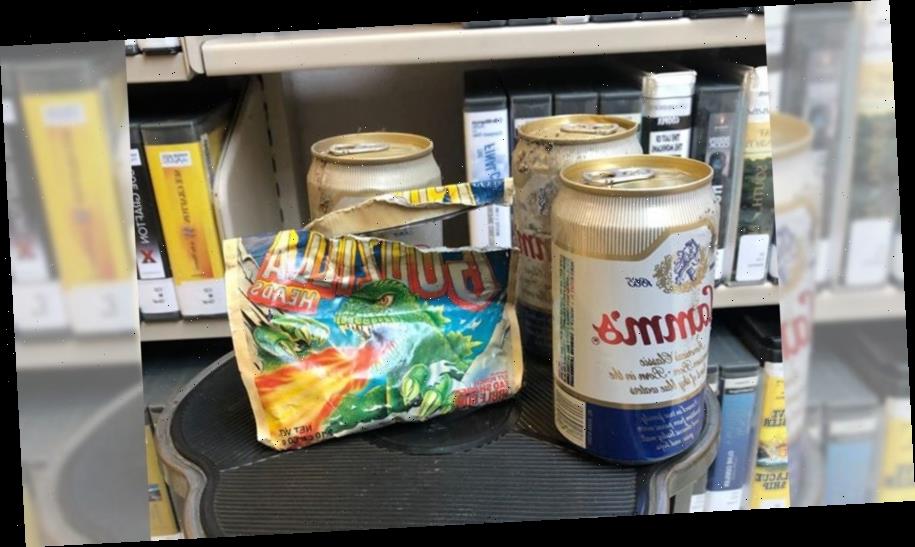 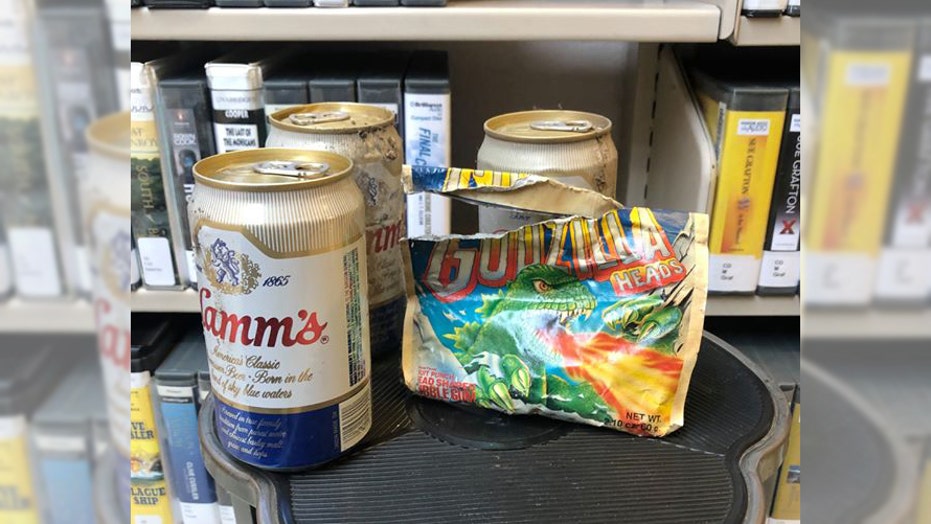 The gum is clearly there to mask any beer breath, right?

An old patron of the Walla Walla Public Library was apparently planning one heck of a study break before abandoning several beers and some Godzilla-themed gum in a secret hiding spot back in the ‘80s, the library’s crew only recently discovered.

A facilities worker at the library in Walla Walla, Wash., reportedly made the find earlier this week, city officials confirmed on Facebook. The library, which is closed to the public amid the pandemic, is updating its layout ahead of the eventual reopening.

“While moving the mystery collection to a more accessible place, a facilities crew member uncovered a real-life whodunit when he removed a corner panel on some 1970s-era shelving with an open top,” city officials explained.

Behind the panel were five beers — specifically Hamm’s beer, a Minnesota brand — and a packet of Godzilla Heads gum. After some sleuthing, Walla Walla’s government estimated the items to be over 30 years old, citing the age of the gum and the lack of a warning label (that would’ve been required as of 1988) on the beer.

“So we think the goods were there for upward of 30 years,” the city wrote. Talk about a long shelf life!” 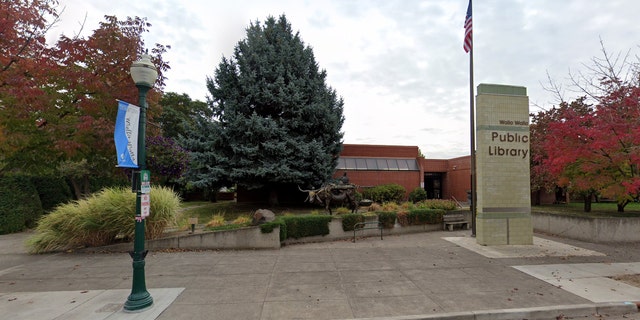 “While moving the [library’s] mystery collection to a more accessible place, a facilities crew member uncovered a real-life whodunit when he removed a corner panel on some 1970s-era shelving,” city officials explained.
(Google)

Instead of pounding the beers and just throwing the cans back behind the shelf, the library’s staff handed over the artifacts to the city for disposal in a nearby landfill.

“It's probably not the outcome the trove owner expected; unfortunately, not every story has a happy ending,” the city said.

The Walla Walla Public Library remains closed to the public amid the ongoing coronavirus pandemic, though patrons can still sign up for resources online or participate in the library’s curbside pickup program.