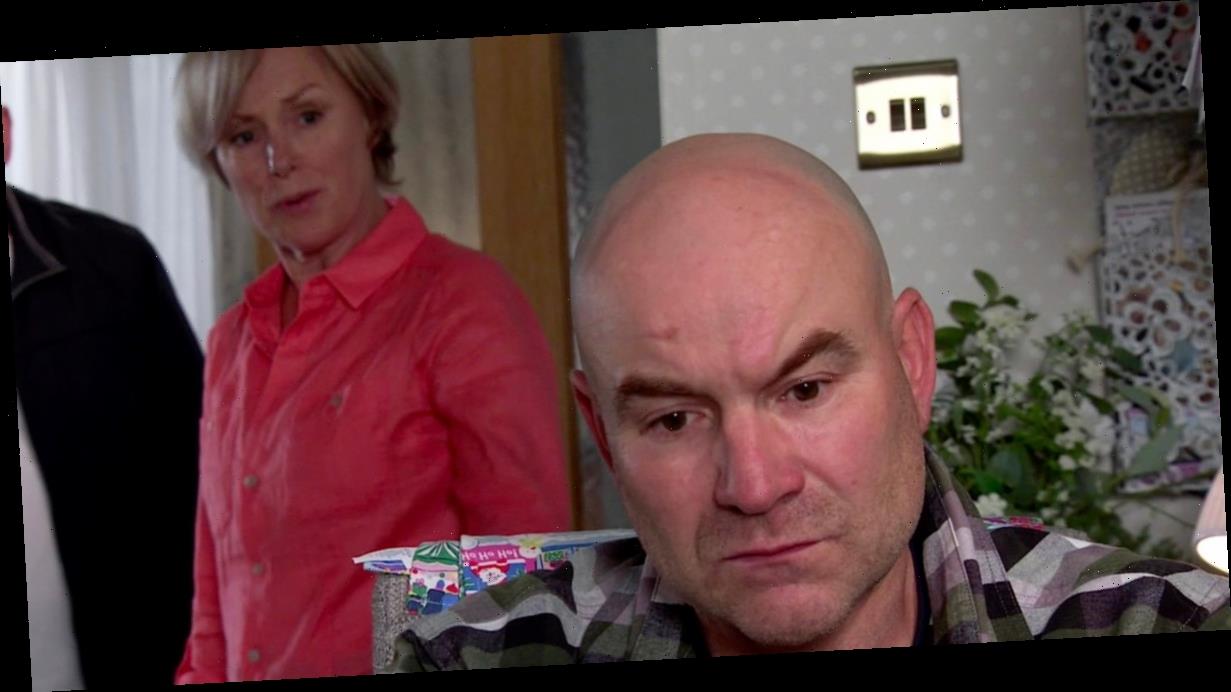 Coronation Street viewers were divided tonight over Sally Webster and Tim Metcalfe's relationship reaching the 'end of the road'.

The engaged couple on the ITV soap have been going through turmoil amid the sick and twisted Geoff Metcalfe plot.

Tonight, Sally told Alya that Tim was raging that she gave her money to buy back the cafe from his evil dad.

She said through tears: 'Not only has he called off the wedding but I think we've reached the end of the road."

Fans had contrasting views over whether Tim and Sally should work things out, with many saying Webster 'deserved better'.

One said: "Sally can be a pain but she deserves so much better than Tim, I used to think they were good together but not now, she’s done everything for him he’s an ungrateful ratbag!"

While another wrote: "#Corrie a message to Sally. If your partner isn’t prepared to have your back then you shouldn’t be marrying him."

"Sally is such a generous person. I'd tell Tim to sling his hook with his slimy dad", added a third.

Others didn't want the pair to let evil Geoff come between them.

A Twitter user penned: "I WILL NOT ALLOW TIM AND SALLY TO BE OVER."

Another remarked: "Sally and Tim cant split up otherwise Geoff has won."

"'I think me & Tim might of reached the end of the road' DON'T say that Sally, it's basically letting Geoff win (Yet again)", tweeted another.

And someone else insisted: "Sally and Tim are made for each other."

This is a live TV story and is constantly being updated.

Please refresh the page regularly to get the latest TV updates.

TV & Showbiz reporters are working to source the latest information, reaction, pictures and video related to this story.

Or like our Daily Star Showbiz Facebook page to get the day's biggest stories, and have your say on them.

Why not also subscribe to receive our regular Daily Star showbiz newsletters?

You can do this on this page by simply entering your email address above and hitting 'subscribe'.

Download the Daily Star app for flash alerts on the biggest stories of the day, so you don't miss out.

Why not also subscribe to receive our regular Daily Star news bulletins? You can do this on this page by simply entering your email address above and hitting 'subscribe'.