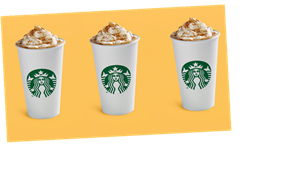 The rumor mill is buzzing.

On Aug. 2, a California Starbucks location posted a picture on Instagram of its recently-received Pumpkin Spice supplies. The caption of the since-deleted post said the Pumpkin Spice Latte would be back in stores on Friday, Aug. 28. Celebratory chaos ensued.

Just as soon as people started dusting off their autumnal wear and preparing their leaf-peeping poses, Starbucks made very clear that Aug. 28 is merely a rumored return date. I repeat: Starbucks is not confirming whether Aug. 28 is the official Pumpkin Spice Latte return date for 2020.

“We’re not ready to (pumpkin) spice things up just yet and are still enjoying our favorite Starbucks summer drinks!” a Starbucks spokesperson said in an email to Bustle. However, it was recently announced that Starbucks’ fall grocery products are already back in stores. So, if you need something to tide you over until the PSL is officially back, you can raid your local grocery aisle for some Pumpkin Spice creamer, Pumpkin Spice coffee, and bottles of ready-to-drink Pumpkin Spice Latte.

While the company has yet to announce an official launch date, Starbucks has confirmed that yes, the Pumpkin Spice Latte is coming back this year. But was that ever really a concern? If there was any doubt in your mind, Starbucks makes an absurd amount of money off of Pumpkin Spice Lattes. Like, a literal billion dollars. As Delish has previously reported, when you account for the 350 million Pumpkin Spice Lattes that have been sold since its 2003 launch — each at around $4 — Starbucks has made an estimated $1.4 billion off the PSL.

If you look at when Starbucks PSL usually returns, per Business Insider, Aug. 28 isn’t too far off. In years past — from 2011 to 2017 to be specific — the official return date for the Pumpkin Spice Latte is usually in the first week of September. However, those years also had an early release date that hovered around Aug. 30, with Starbucks bringing back the PSL as early as Aug. 26.

To speculate some more, Starbucks brought back the Pumpkin Spice Latte on Aug. 28 in 2018 and Aug. 27 in 2019. Additionally, some baristas have already shared pictures of their location’s restocked supply of Pumpkin Spice Latte sauce on the r/Starbucks subreddit. But again, Aug. 28 is JUST A RUMOR. An extremely convincing rumor but a rumor all the same.