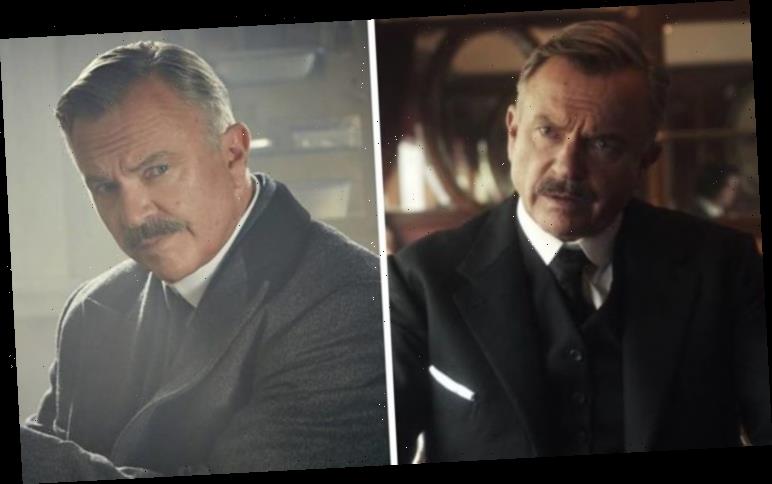 Peaky Blinders season five aired last year with a dramatic cliffhanger which left fans desperate to know what happens next. However, there has been a delay in season six airing because filming hadn’t been able to start with the lockdown in place. At the moment, it’s looking like new episodes of the BBC One drama may not be released until the end of 2021 at the earliest.

What happened to Major Campbell in Peaky Blinders?

Major Chester Campbell (played by Sam Neill) was the main antagonist in the first two series of Peaky Blinders.

He was first a Chief Inspector but was then promoted to Major in the second season.

Campbell was part of the Royal Irish Constabulary hired by Winston Churchill to locate and recover the missing consignment of guns from the Birmingham Small Arms Company factory.

Of course, his mission led him straight to Small Heath, Birmingham, where he would first encounter the Peaky Blinders. 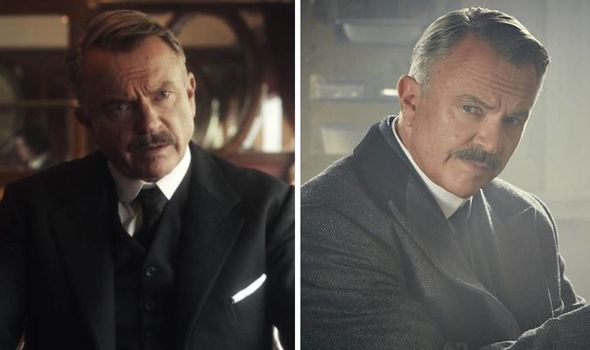 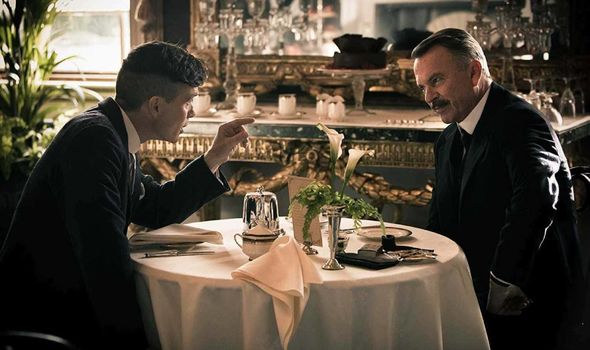 Grace Burgess (Annabelle Wallis) was working as a mole at The Garrison pub at the time under Campbell’s orders.

So after arresting and beating up Arthur Shelby Jr (Paul Anderson) as he believed he was the leader of the gang, Grace corrected him and said it was actually the second eldest Tommy Shelby (Cillian Murphy) who was in charge.

This starts off Campbell getting officers to raid Tommy and his family’s homes on numerous occasions to try and locate the guns or any other illegal activity.

But Campbell didn’t just grow to dislike on a professional level as a law-enforcing citizen. 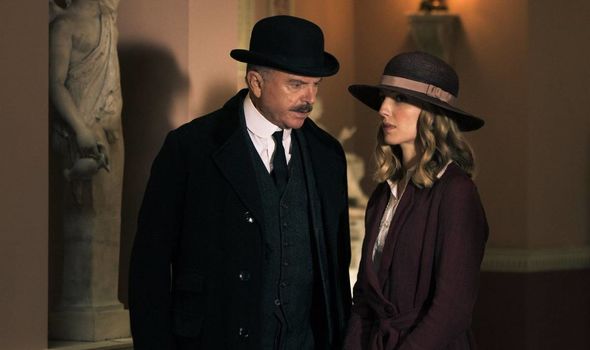 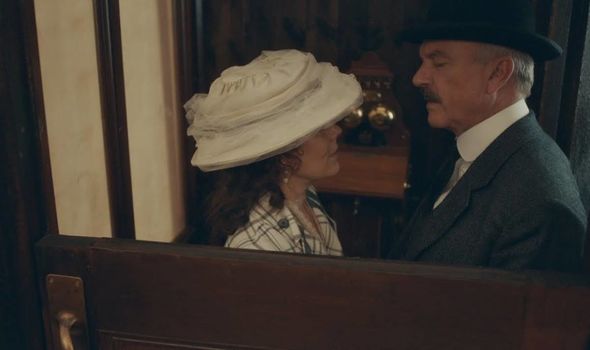 Campbell discovered Grace, who he had feelings for, was in love with Tommy and so grew very jealous.

When he proposed to her, she kindly declined and ran away with Tommy.

At the end of the first season, he followed her to the train station and pointed a gun at Grace.

But there was no need to be worried as fans later found out she shot him in the leg through her handbag before making her escape.

Two years later, Campbell returned and he was seeking revenge from the Peaky Blinders.

Sent on another mission in Birmingham, Campbell once again crossed paths with Tommy and wanted to see him in prison for his illegal activities.

To put him under pressure, Campbell arrested his brother Arthur for a murder he didn’t commit as well as cousin Michael Gray (Finn Cole) for burning down The Marquis of Lorne pub.

Furious that her son was in prison, Polly Shelby (Helen McCrory) went to get him out of jail herself.

But in exchange for signing Michael’s release form, Polly had to have sex with Campbell which she agreed to in disgust to help her son.

After the ongoing fight he had with Tommy, little did he know that it was Polly who he needed to watch out for.

She despised Campbell after degrading her for Michael’s freedom and wanted to see him dead.

So, while he was in a phone booth talking to Churchill, Polly opened the door and pointed a gun at him.

He pleaded for his life but she ignored Campbell and shot him in the heart before calmly walking away.

Peaky Blinders is available to watch on BBC iPlayer.