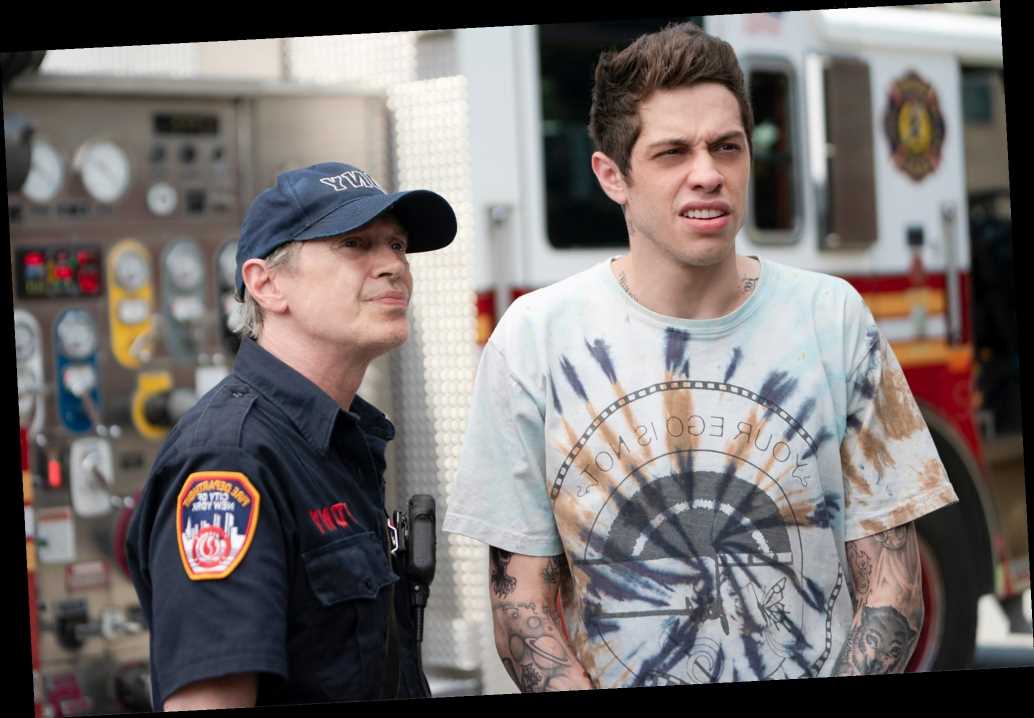 Pete Davidson's time filming The King of Staten Island wouldn't have been the same without Steve Buscemi.

In a PEOPLE exclusive look at a clip from the movie, the Saturday Night Live comedian, 26, shows his admiration for the veteran actor and former fireman, whose experience serving in the New York City Fire Department was indispensable in the film.

Davidson's father, Scott, was a fireman who died responding to the Sept. 11 terrorist attacks when the actor was just 7 years old.

"He’s one of those guys that’s just so special," Davidson says in the clip of Buscemi, 62. Judd Apatow, who directed the semi-autobiographical film based on Davidson's childhood, said, "We hired Steve Buscemi to be the elder at the firehouse and he was a fireman before he was an actor."

Buscemi's background helped him flesh out the character of Papa, who takes Davidson's Scott Carlin under his wing.

Bill Burr, who also stars in the film as a fireman, says Buscemi showed everyone the ropes.

"What was so cool, was on the day we shot the fire [scene], watching him know what to do," Burr says. "I just watched the way he hooked the hose up to the truck, it was like watching a pro."

From 1980 to 1985, Buscemi worked in downtown New York City Manhattan’s Engine Company 55. He returned to the station to help his comrades help rescue 9/11 survivors from the rubble of the World Trade Center.

"He put in 60 hours on top of the pile, pulling out victims," retired NYFD battalion chief Richard Ardisson, who was at the site with the actor, told PEOPLE in Oct. 2001. "Not delivering coffee or giving moral support. He was exhausted and covered in soot."

"He said he wanted no recognition. He said, 'These are my brothers.'"

Buscemi, who took the FDNY civil service test when he was 18, worked 12-hour shifts for days after 9/11, reported Business Insider.

"It was a privilege to be able to do it. It was great to connect with the firehouse I used to work with and with some of the guys I worked alongside," he said. "And it was enormously helpful for me because while I was working, I didn’t really think about it as much, feel it as much."

The King of Staten Island is available on digital Aug. 11 and Blu-ray and DVD on Aug. 25.