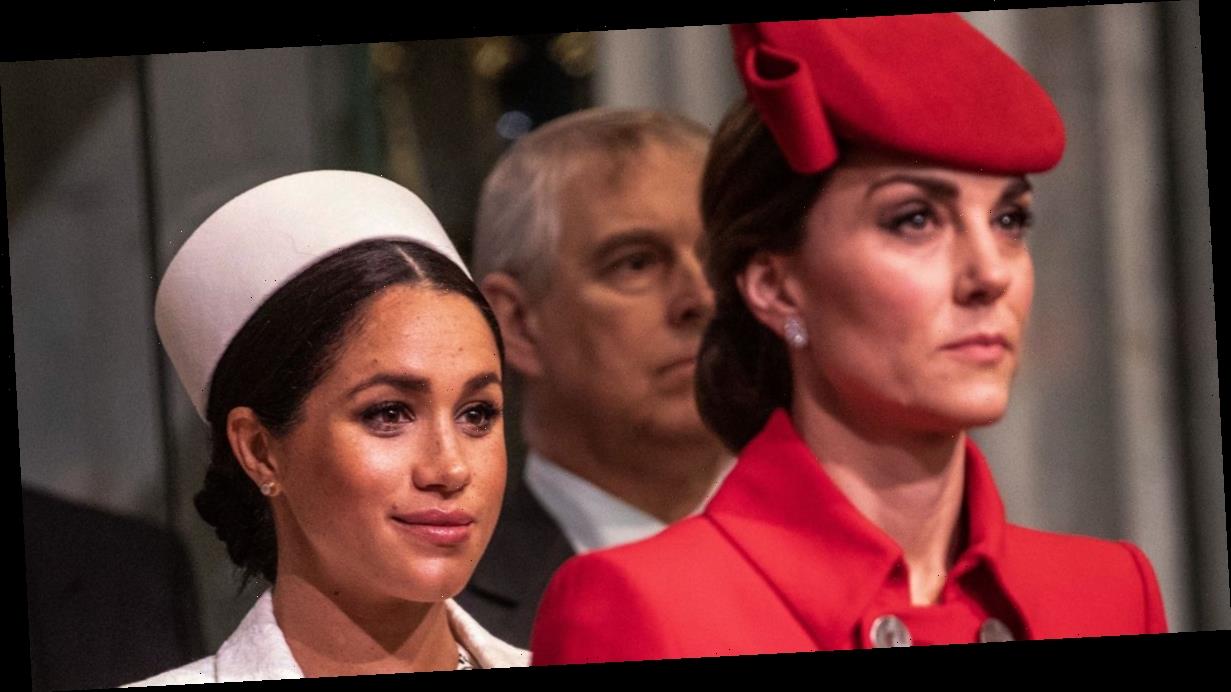 Meghan Markle is said to have gifted Kate Middleton with a Smythson notebook when the pair first met in January 2017.

According to the new bombshell royal biography Finding Freedom, which details Harry and Meghan’s decision to step back from the royal family, the Duchess off Sussex surprised Kate with the special gift.

Authors Carolyn Durand and Omid Scobie revealed in the book that Kate “loved” the gift from Meghan and was later spotted stepping out with a monogrammed Symthson book in September 2019.

They also note that Meghan “cooed” over a then-20-month-old Princess Charlotte during their first meeting.

They wrote: “Meghan bought a present for the duchess, who had celebrated her birthday just a day earlier.

“The soft leather Smythson notebook helped to break the ice, as did Meghan's cooing over then 20-month-old Charlotte.”

The Duchess of Cambridge was later seen carrying her speech notes in a Smythson folder as she attended the Back to Nature Festival at RHS Wisley in Surrey in September last year.

Meghan Markle and Prince Harry are said to have felt “cut adrift” and “frustrated” by their roles within the royal family, their biography has claimed.

Excerpts from the book has claimed Harry, 35, felt “frustrated” that he and his wife Meghan, 38, took a “back seat” to other members of the royal family despite their popularity.

It’s understood Harry and Meghan were upset as they were told to wait to announce projects as senior royals like Prince Charles and Prince William’s appearances and announcements were prioritised.

A friend of the couple is said to have described the old guard as “the vipers” while a Palace insider called the Duke and Duchess of Sussex’s team “the squeaky third wheel” of the royal family.

Harry and Meghan reportedly tried to “air their frustrations” with the establishment, but the conversations “didn’t lead anywhere”.

Kate Middleton and Prince William are said to be “frustrated” over claims made about their relationship with Meghan Markle in the upcoming biography.

Claims made in the book allege that the Duke and Duchess of Cambridge had a hostile relationship with Meghan, which played a part in her departure from the royal family alongside Prince Harry.

However, close friends of the Cambridges insisted that the couple “welcomed Meghan with open arms” and had invited her to their family home, Anmer Hall in Norfolk, where Kate personally cooked her vegan meals.