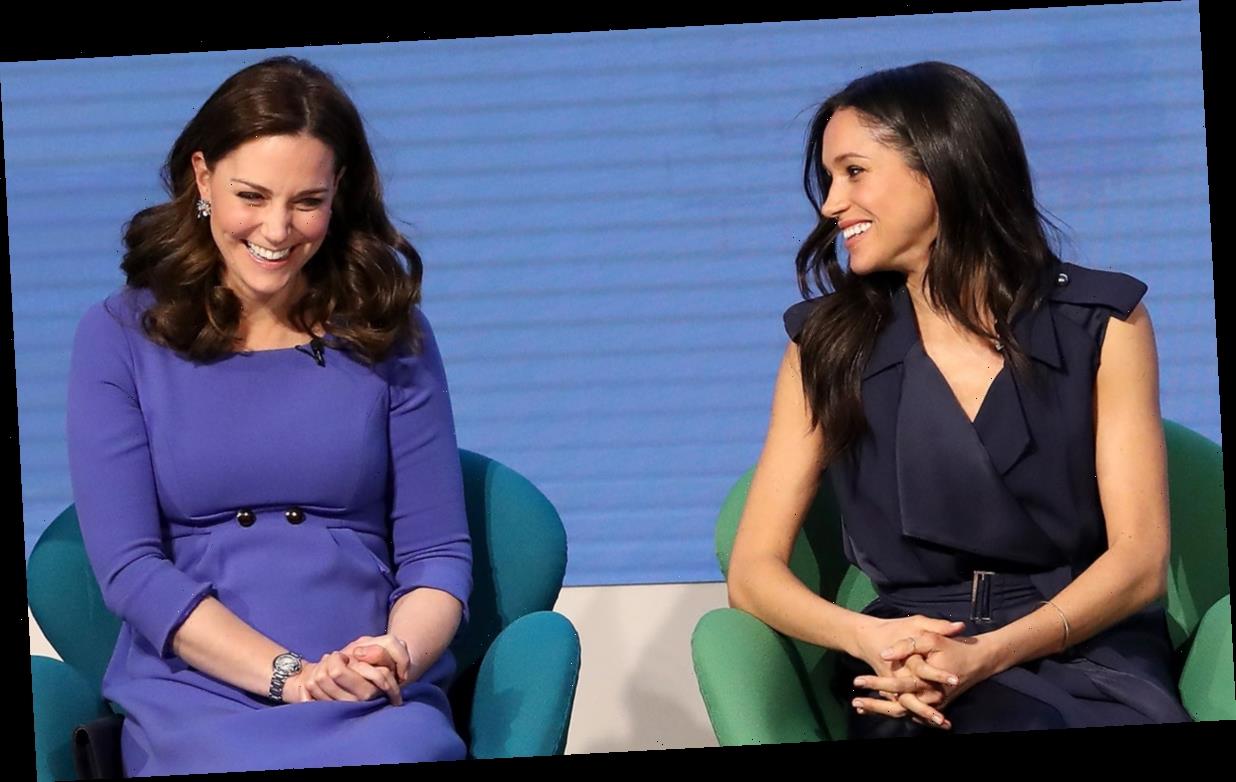 The Duchess of Cambridge once admitted to struggling to find a gift for The Queen ahead of their first Christmas together at Sandringham – and we can imagine Meghan Markle experienced the same difficulties as she searched for the perfect birthday gift for her future sister-in-law back in 2018.

MORE: This is the sweet gift Meghan Markle gave Duchess Kate for the royal wedding

Authors Omid Scobie and Carolyn Durand write in their book, which is going on sale later this month: “Meghan bought a present for the duchess, who had celebrated her birthday just a day earlier. The soft leather Smythson notebook helped to break the ice, as did Meghan’s cooing over then 20-month-old Charlotte.”

The Smythson notebooks range from £39 up to £225 and are available in different sizes and formats.

Finding Freedom: Harry and Meghan and the Making of a Modern Royal Family, £13.60, Amazon

While the new biography details Kate and Meghan’s meeting as having taken place in January 2018, during their post-engagement interview with BBC’s Mishal Husain, Meghan recalled the several meetings she had had with Kate prior to her and Harry’s engagement announcement.

Speaking about meeting each other’s family during the interview, which was filmed and aired on 27 November 2017, Meghan said: “His family has been so welcoming. The family has been great and over the past year and a half we’ve just had a really nice time getting to know them and progressively helping me feel a part of not just the institution but also part of the family, which has been really special.”

In the same interview, Prince Harry was asked about introducing Meghan to his father and brother, to which he said after hesitating for a few seconds: “It was exciting. I’d been seeing her for a period of time where I couldn’t tell anyone at all and William was longing to meet her, and so was Catherine… so you know, being our neighbours, we managed to get that in quite a few times now and Catherine has been absolutely…”

“Amazing, as has William as well,” added Harry.

HELLO!’s selection is editorial and independently chosen – we only feature items our editors love and approve of. HELLO! may collect a share of sales or other compensation from the links on this page. To find out more visit our FAQ page.