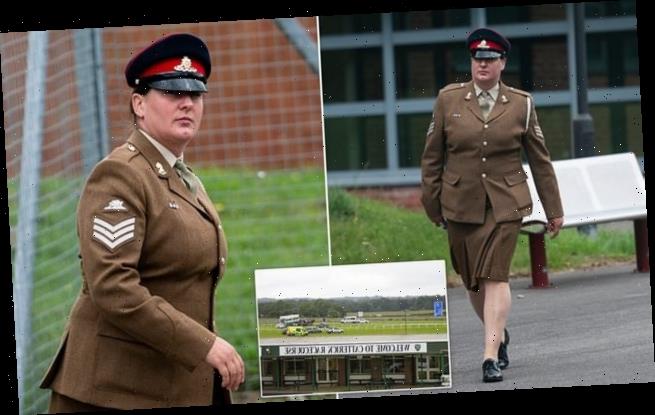 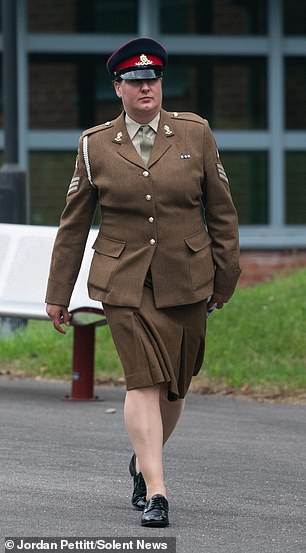 A female Sergeant got drunk on a booze-fuelled Army social event at a racecourse and headbutted a male colleague in the face.

Michelle Cook, 33, became so incensed when the male soldier accused her of pushing a colleague she lashed out at him ‘in the heat of the moment’.

A court martial heard there was a loud thud when ‘aggressive’ Sgt Cook headbutted Gunner Jermaine Gemmoth – while keeping her drink in her hand.

A judge warned ‘Sergeants do not behave like this’ and blasted her ‘disorderly and unpleasant’ outburst which senior soldiers like her are meant to prevent.

Sgt Cook – who was described as ‘compassionate and caring’ – had drunk heavily at the Army social outing at Catterick Racecourse, North Yorkshire, on July 17 last year.

Bulford Military Court, Wiltshire, heard the annual booze-fuelled event is renowned within the Army for its heavy drinking and that Sgt Cook and her colleagues had their own marquee away from the public.

He said: ‘On a unit outing to Catterick Racecourse she had too much alcohol and became drunk.

‘The main event occurred in the stairs of the racecourse where, due to the close proximity of people, there was a bit of a scuffle. 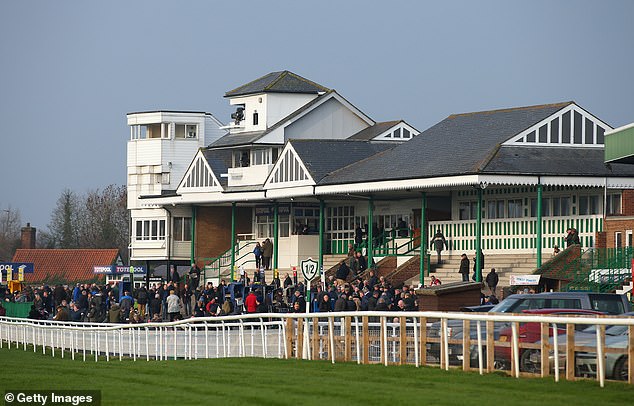 Sgt Cook – who was described as ‘compassionate and caring’ – had drunk heavily at the Army social outing at Catterick Racecourse, North Yorkshire, (pictured) on July 17 last year.

‘Someone fell down the stairs and a Bombardier was bumped into and his nose started bleeding.

‘Immediately after that Gnr Gemmoth tried to intervene and accused Sgt Cook of deliberately pushing that person down the stairs.

‘Her response was quite simply to headbutt him in the face.’

Capt Ralph said the headbutt was done with ‘six out of 10 force’ and said there was an audible ‘thud’ before Sgt Cook was restrained.

On the bus home, drunk Sgt Cook had an ‘exchange’ of words with Gnr Gommeth and ‘continued to be loud’.

In a statement, the single soldier said: ‘I drank a significant amount of alcohol. During the meeting I accidentally collided with someone and [Gnr Gemmoth] accused me of knocking him over. 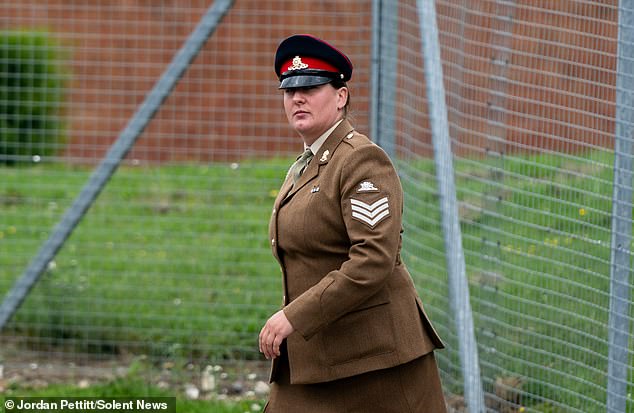 Michelle Cook, 33, (pictured) became so incensed when the male soldier accused her of pushing a colleague she lashed out at him ‘in the heat of the moment’

‘The headbutt was done in the heat of the moment. I accept that it was misconduct.’

David Richards, defending, said: ‘She has been described as very hard-working and compassionate, caring and respected.

‘There’s no indication that this was the sort of thing that happens regularly, this was a one-off occasion where she let herself down.’

Mr Richards said she has attended a course of weekly ‘mindfulness sessions’ to help her deal with the stress of the incident.

Judge Large said: ‘You went out with your regiment on a social event for soldiers to enjoy themselves and have a bit of fun.

‘It’s an annual event and anyone organising it knows there’s going to be lot of alcohol drunk and they need to rely on senior staff not having too much to drink and cause trouble.

‘But this time it was you who got drunk and got disorderly, unpleasant, aggressive and violent and that’s just what people like you are meant to prevent so this is serious.

Judge Large said Sgt Cook narrowly avoided being demoted due to an unblemished record and a glowing testimonial from her commanding officer.

Sgt Cook, of The Armour Centre in Bovington Camp, Dorset, was also reprimanded.