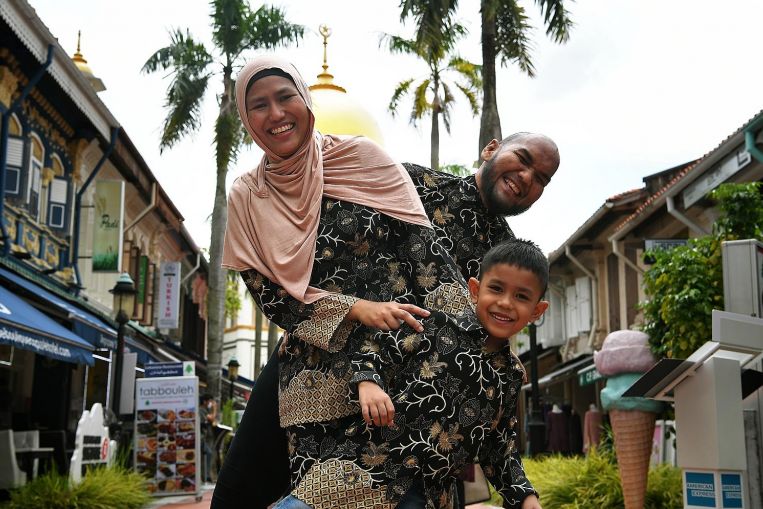 What happens when you cannot hold magic shows during the circuit breaker period? You create magic videos on TikTok instead.

Magician Wee Kien Meng, 42, who goes by the moniker Mr Bottle, had taught his three children aged two to nine simple magic tricks to perform for friends and relatives.

When the country had to stay at home from April to May, the Wee family practised its routines by shooting videos on the app.

“We share our TikTok videos with our friends and family in WhatsApp groups, which will also spark off discussions and catching up among relatives. The kids are deprived of their playdates and magic is a fun way for them to connect with people out there,” says Mr Wee, whose @mrbottlemagician account has almost 5,000 followers.

Once the domain of Generation Z teenagers, who like its format of short-form videos set to trendy tunes, TikTok morphed into a bonding tool during the pandemic as families found themselves stuck indoors during lockdowns across the world.

TikTok Singapore declined to share user figures, but a press report in May last year said there were about 1.5 million installations of the app in Singapore. Globally, the four-year-old app now has about 800 million users, according to a report in Forbes in May.

Locally, the confluence of work-from-home arrangements and home-based learning measures provided the “perfect timing” for the app to grow, says Dr Brian Lee, head of the Communication Programme at the School of Humanities and Behavioural Sciences at the Singapore University of Social Sciences.

He adds that the platform’s format offered “comic relief” for families and a way for them to cope with the unprecedented stress of isolation by allowing them to participate in various challenges with others around the world.

As celebrities and public figures flocked to the app during the pandemic and mainstream media documented its spike in popularity, its perception among parents and seniors changed.

“Some families feel that they can make something together to record and document their lives during this once-in-a-lifetime circuit breaker,” Dr Lee says.

Viewers of my content on TikTok seem to prefer videos with my parents, always requesting in the comments section for us to do a certain trending dance or use a funny filter.

MS KAYLEY TAN, a creator at Titan Digital Media. She is seen here with her parents Edmund Tan and Luwina Chong

Teenagers no longer find it “uncool” to engage their parents in clips as social media personalities and their peers have made it acceptable, he adds.

Parents, on their end, also see it as an “unconventional but effective way” of bridging the generation gap with their teenagers.

Mr Shahrizal Salleh, 40, better known as Chef Bob, downloaded the app in September last year as a way to bond with his son Umar Shahrizal, now six. He soon roped in his wife Kamisah Khamis, 42, a dental therapist. The family act proved to be popular and picked up 73,000 followers at @walkingfridgesg.

While his cooking-related videos attract many more views compared with those featuring his family, he cherishes the memories they create together. The trio even donned onesies and pyjamas to dance along an almost deserted Orchard Road, just before the circuit breaker kicked in.

“I use my social media platform to spread positivity, especially to the younger TikTok users. Like a role model. Someone whom my son will look up to,” says Mr Shahrizal, who is the chef and brand ambassador for The Landmark and Royal Palm restaurants.

Young-adult content creators say getting their parents involved in videos has brought their families closer as well.

A video of his father David Lee, 62, walking into a room, staring blankly and then walking out, struck a chord with other users, chalking up more than a million views to date since mid-April.

The senior Mr Lee is the general manager of a freight-forwarding company.

“My dad was ecstatic and kept asking me how many views and ‘likes’ there were on the video. He was even more impressed when his friends told him that their children saw him on TikTok,” says Leon Lee, who has more than 24,000 followers under his account, @leon_gkr.

Some creators have new-found respect for their parents, who have gone to great lengths to support their creative pursuits.

NoonTalk Media artist Glenn Yong, 23, counts his mother, Madam Shang Ang, 58, as his “No. 1 fan and greatest supporter”. His account, @glennyqh, has more than 209,800 followers.

Madam Ang, a stay-at-home mother, helps him shoot most of his videos and appears in them. In April during the circuit breaker period, they spent two hours trying to perfect a 15-second Still The One challenge video – in which two people coordinate their movements and form a heart shape with their arms.

It is a win-win situation for creators, who have found that family videos – from the silly to the heartwarming – resonate with a global audience.

Ms Kayley Tan, 24, says clips featuring her parents comprise up to 80 per cent of content on her account, @KillItBeforeItLaysEggs, which has more than 127,000 followers.

Her most popular family video is a behind-the-scenes look at a lip-sync video featuring her father Edmund Tan, 62. It has garnered more than five million views since May.

“Viewers of my content on TikTok seem to prefer videos with my parents, always requesting in the comments section for us to do a certain trending dance or use a funny filter,” says Ms Tan, a creator at Titan Digital Media. Her brother, YouTuber JianHao Tan, heads it.

The circuit breaker gave her family, including her mother Luwina Chong, 52, more opportunities to film together during the day and improved their communication, even when they attempted – and failed – popular dance challenges.

The senior Mr Tan says his friends were amused when he shared the clips with them and some found him a “hilarious and cool dad”.

While the app has helped families grow closer, it is important that parents engage their younger children to keep them safe online.

Besides putting limits on excessive screen time, they should watch out for issues of content and contact, says Associate Professor Jiow Hee Jhee, programme director of the Bachelor of Science (Honours) Digital Communications and Integrated Media course at the Singapore Institute of Technology.

“What content (videos, songs, texts) are their kids consuming or generating? Who are their kids in contact with and how are they interacting with these contacts?” says Prof Jiow, who is a member of the Media Literacy Council, which spearheads public education on media literacy and cyber wellness.

Younger children should have more rules about using the app and parents should be vigilant about monitoring them, he adds.

Parents can visit the council’s website (betterinternet.sg) for resources.

TikTok ramped up its safety features with Family Pairing in April, which allows parents to customise settings on their children’s accounts, such as disabling direct messages and restricting content.

Dr Lee says while this is prudent in theory, once children feel they are being monitored or censored, they may block their parents or leave the platform, similar to what happened when teenagers exited Facebook a few years ago.

“Communication is still key,” he stresses.