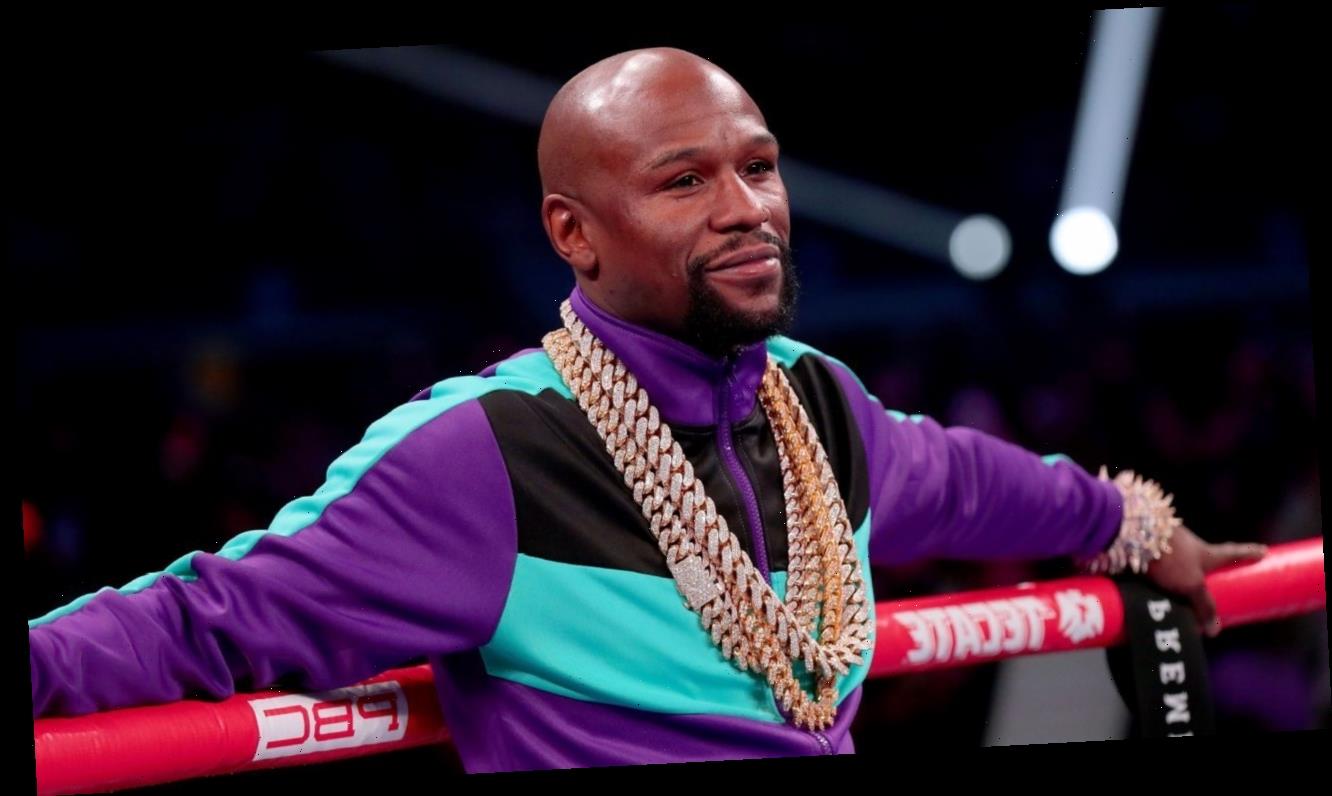 Boxing promotions run by Floyd Mayweather, Bob Arum and Oscar De La Hoya, teams in MLS, NASCAR and Indycar were among a cavalcade of sports organizations that navigated a federal loan program designed to help small firms cope with the economic impact of the coronavirus pandemic.

Data released Monday showed hundreds of thousands of Paycheck Protection Program recipients across a wide range of industries, and sports-related businesses were well represented. None of the four major North American sports leagues — the NFL, NBA, NHL and Major League Baseball — were among the businesses that applied, according to the data.

Because the federal government released loan amounts in ranges, it wasn’t possible to tell exact amounts. The data showed businesses that applied for and received loans, though some may not ultimately have taken the funds.

Three of boxing’s biggest promotion companies applied for between $350,000 and $1 million to ease the pain of the sport’s extended layoff, according to the data. Mayweather Promotions, Bob Arum’s Top Rank, and Oscar De La Hoya’s Golden Boy Promotions,were approved for loans. Mayweather last year was named the highest-paid athlete of the decade by Forbes at $915 million.

At least four Major League Soccer teams tapped the PPP program, according to the data: D.C. United and Inter Miami were approved for loans in the $1 million to $2 million range, while Orlando City and the Seattle Sounders each applied for between $2 million and $5 million.

The data provided Monday showed a bulk of both NASCAR and IndyCar teams were approved for substantial loans. It is not clear which teams accepted the funds, but the list showed numerous teams that were approved for a loan. The data for NASCAR showed championship-winning teams Roush Fenway Racing — co-owned by billionaire John Henry — and Richard Childress Racing were approved, as were Richard Petty Motorsports, Jimmie Johnson Racing, Kyle Busch Motorsports and Jeff Gordon Inc.

In IndyCar, nearly every full-time team was approved for a loan. The list did not include Team Penske, which likely was considered too large of an organization to qualify.

The loans went beyond race teams, too. Pocono Raceway in Pennsylvania was approved for a loan between $350,000 and $1 million.

Big 3 Basketball, a Los Angeles-based 3-on-3 basketball league co-founded by rapper Ice Cube, received $1.6 million and returned $700,000, Jeremy Watkins, a spokesman for the company, told The Associated Press. The remaining $600,000 was used to pay coaches and players for this season and ensure the league could play its 2021 season, Watkins said.

The National Women’s Soccer League applied for and received between $1 million and $2 million and reported that the money was used to support 213 employees.

An AP survey completed in May found 32 U.S. Olympic sports organizations — about 70% of all federations — had applied for PPP loans. Among those listed in the government’s data drop were the U.S. Figure Skating Association and USA Softball, which did not respond to the survey.

The requests for federal money shredded the long-held and distinctly American tradition of not relying on taxpayers to fund the pursuit of Olympic medals. But as one official explained at the time, “The sports organizations we work with closely are feeling revenue pain. And it’s immediate.”

With their seasons shut down, more than a dozen minor league baseball teams turned up on the PPP rolls. One of the most high-profile was DeWine Seeds-Silver Dollar Baseball, partly owned by Ohio’s governor. The company owns the North Carolina-based Asheville Tourists, purchased by Mike DeWine’s family in 2010 and run by his son, Brian DeWine. The team received between $150,000 and $350,000, according to the data.

At least four of college sports’ smaller conferences and the Sugar Bowl, host to one of the college game’s football galas, also applied for loans. The Big South Conference, Conference USA, Southland Conference and Big Sky Conference all listed less than two dozen full-time employees, according to the data.

Under the PPP, Congress created $659 billion in low-interest loans that will be forgiven if employers use the money on payroll, rent and similar expenses. With about $130 billion unclaimed as the application deadline closed June 30, Congress extended the program until Aug. 8.

The public may never know the identity of more than 80% of the nearly 5 million beneficiaries to date because the Trump administration has refused to release details on loans under $150,000. That secrecy spurred a lawsuit by news organizations including The Associated Press.

The NBA’s Los Angeles Lakers returned approximately $4.6 million that they received after reports that several large or highly capitalized entities were securing aid from the program’s initial $349 billion pool — while hundreds of thousands of smaller businesses were shut out.

Information from The Associated Press was used in this report.