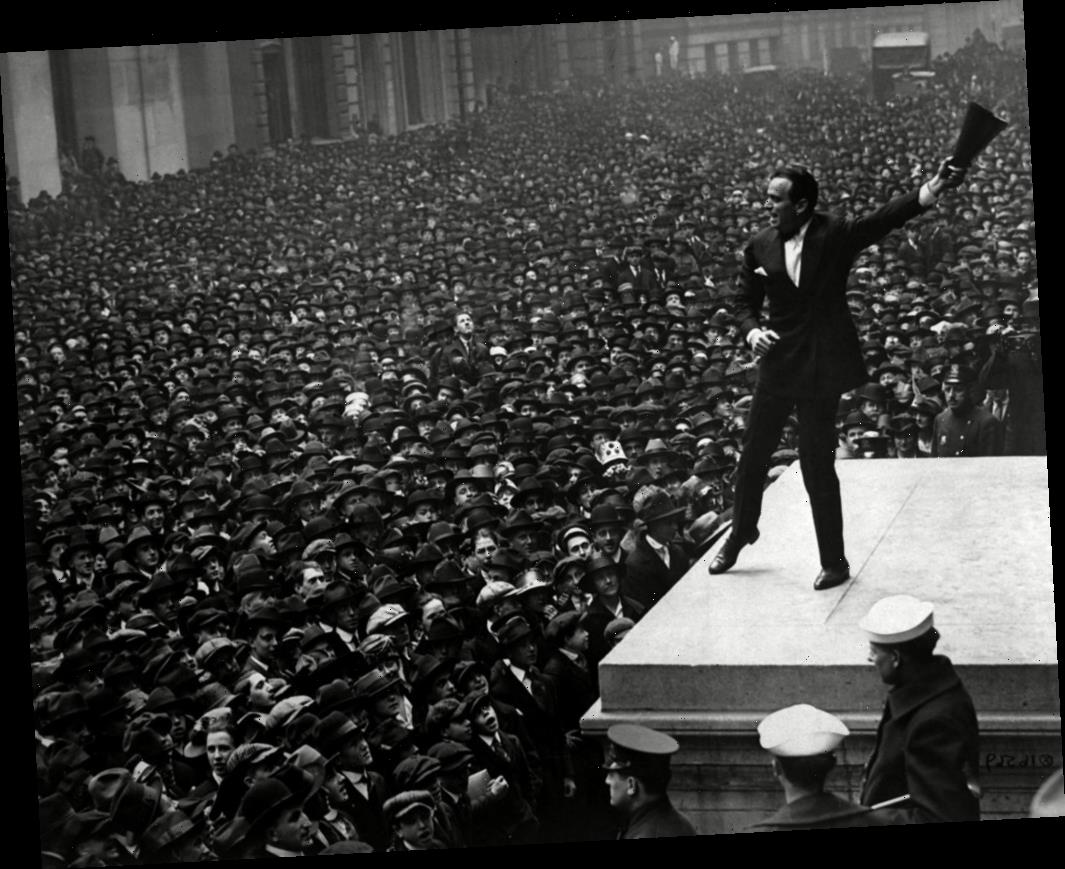 In the early weeks of the coronavirus outbreak in the U.S., I spoke with Hollywood historian William Mann about the profound impact the 1918-19 Spanish flu pandemic had on the film business. In the interview, he pointed some major mistakes made in handling the Spanish flu pandemic that today’s authorities should learn from, including reopening too soon. At a time when masks were still in short supply and not required for non-essential workers, he talked about the issue of wearing masks in 1918 and why top film actors refused to put one on in public back then.

Three months later, face coverings are mandatory in most states though President Donald Trump, some of his close associates and Republican lawmakers still refuse to wear them in public. Several states would not impose a face mask requirement, and there has been resistance in complying with or enforcing such orders in states that have them in place. That is despite soaring new U.S. infections that have shattered records the last few days and despite studies showing that wearing face coverings by the majority of Americans would save as many as 30,000 lives in the fight against COVID-19.

In light of the face covering controversy, I reached out to Mann, author of Tinseltown: Murder, Morphine, and Madness at the Dawn of Hollywood, who elaborated on the parallels to 1918, lamented the partisan divide on the mask issue and issued a stern warning for those who politicize it or make it a matter of masculinity.

“Face masks, or the lack thereof, was an issue in 1918-1919 as well. People didn’t have enough masks, just as we didn’t at the start of this pandemic, and then when more masks were available, again like today, there was no national leadership on the importance of wearing them,” he said.” Some of the big male Hollywood stars saw wearing a mask as cowardly — they felt they’d look like a weakling if they wore a mask. Douglas Fairbanks attended a huge public rally and pointedly did not wear a mask.”

“One hundred and two years later, we are seeing the same thing. It’s become this masculine, macho position among some segments of the population, with a clear partisan divide. But wearing a mask shouldn’t be political — this is a public health issue. Let’s remember that in 1918-1919 between 500,000 and 800,000 Americans died. We have the power to keep that number from getting that high again. Some estimates are that this pandemic will be have about half the mortality rate of the earlier one. But that shouldn’t give us any comfort. The number would still be far too much to bear. We’re already at nearly 130,000 deaths In this country. Have we learned nothing from history?”

As we celebrate Fourth of July, Bill Pullman, star of the blockbuster movie most closely associated with the holiday, Independence Day, in which he played one of the most macho screen presidents, Thomas J. Whitmore, made his own passionate plea with a “Celebrate Freedom. Wear Your Mask” PSA. You can watch it below.

There was another 1918 mistake, which Mann in April warned authorities not to repeat, reopening too soon.

“Oftentimes these closings were lifted in 1918 way too soon People were still dying of this in March and April and May of 1919. Mary Pickford, who was the biggest movie star of the time, she gets it in early 1919, so the movie theaters would reopen and nobody would come and then they’d close as the death rate continued to climb,” he said. There needs to be a greater consistency — there is understanding, hopefully, that we’ve learned from 1918.”

Amid a surge of new coronavirus cases, California Governor Gavin Newsom this week ordered the closing of movie theaters, bars in indoor dining just a couple of weeks after easing restrictions to open them.

You can see below a timeline of the 1918 epidemic in Hollywood, which illustrates how the California and LA authorities tackled the Spanish flu crisis. Click here to read Mann’s original interview, in which he detailed the cataclysmic changes the 1918 pandemic brought to the film business, including the establishment of the studio system, which continues to dominate Hollywood, and vertical integration, with studios wrestling control over movie theaters from mom-and-pop owners. He also addresses what big shakeups the current pandemic could bring (especially in theater ownership), and how long would it take for Hollywood to recover.