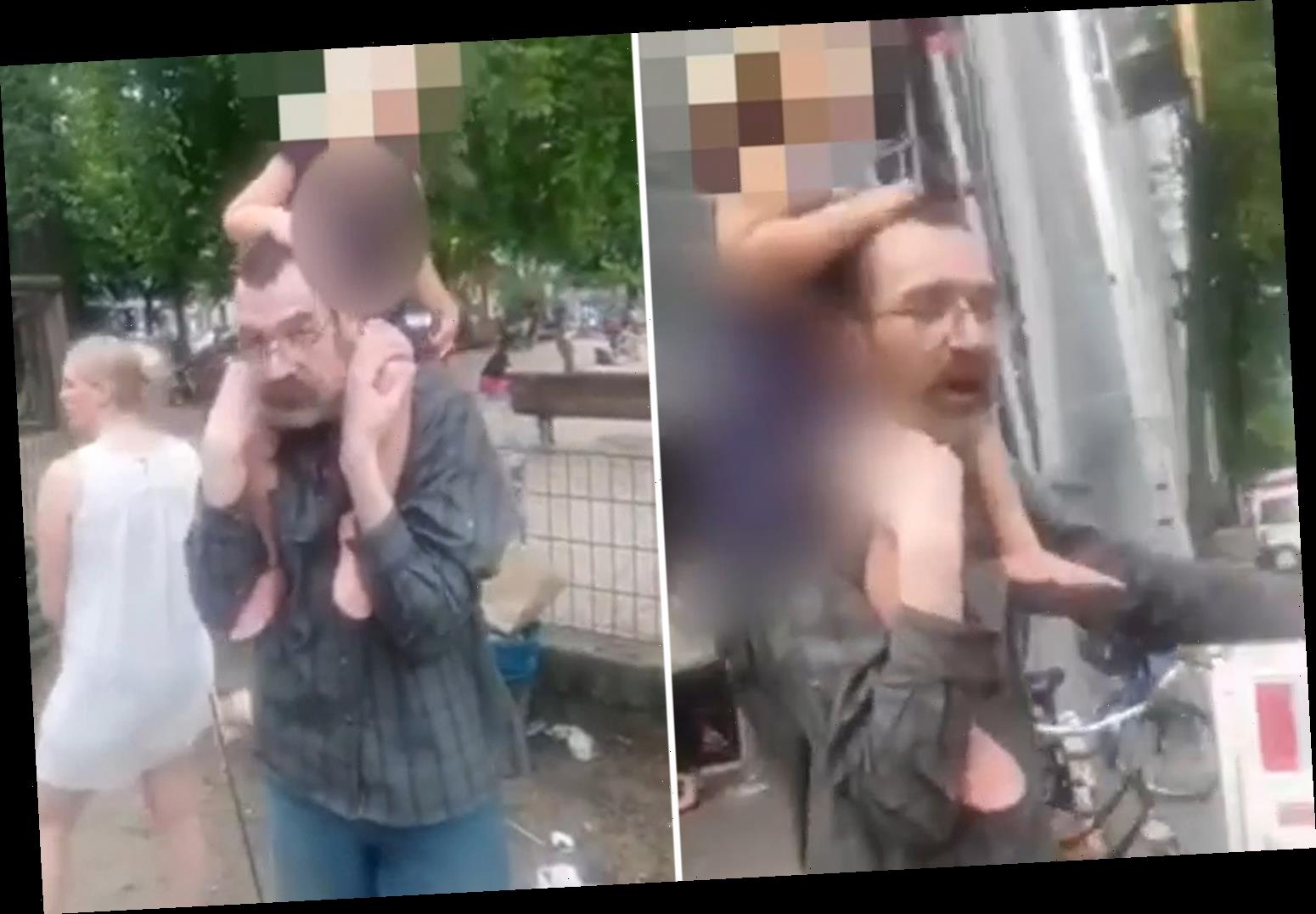 THIS is the chilling moment a suspected child snatcher abducts a two-year-old girl while her mum is talking to another parent.

The disturbing incident – which was filmed by a witness – took place in Boxhagener Platz in Berlin, Germany. 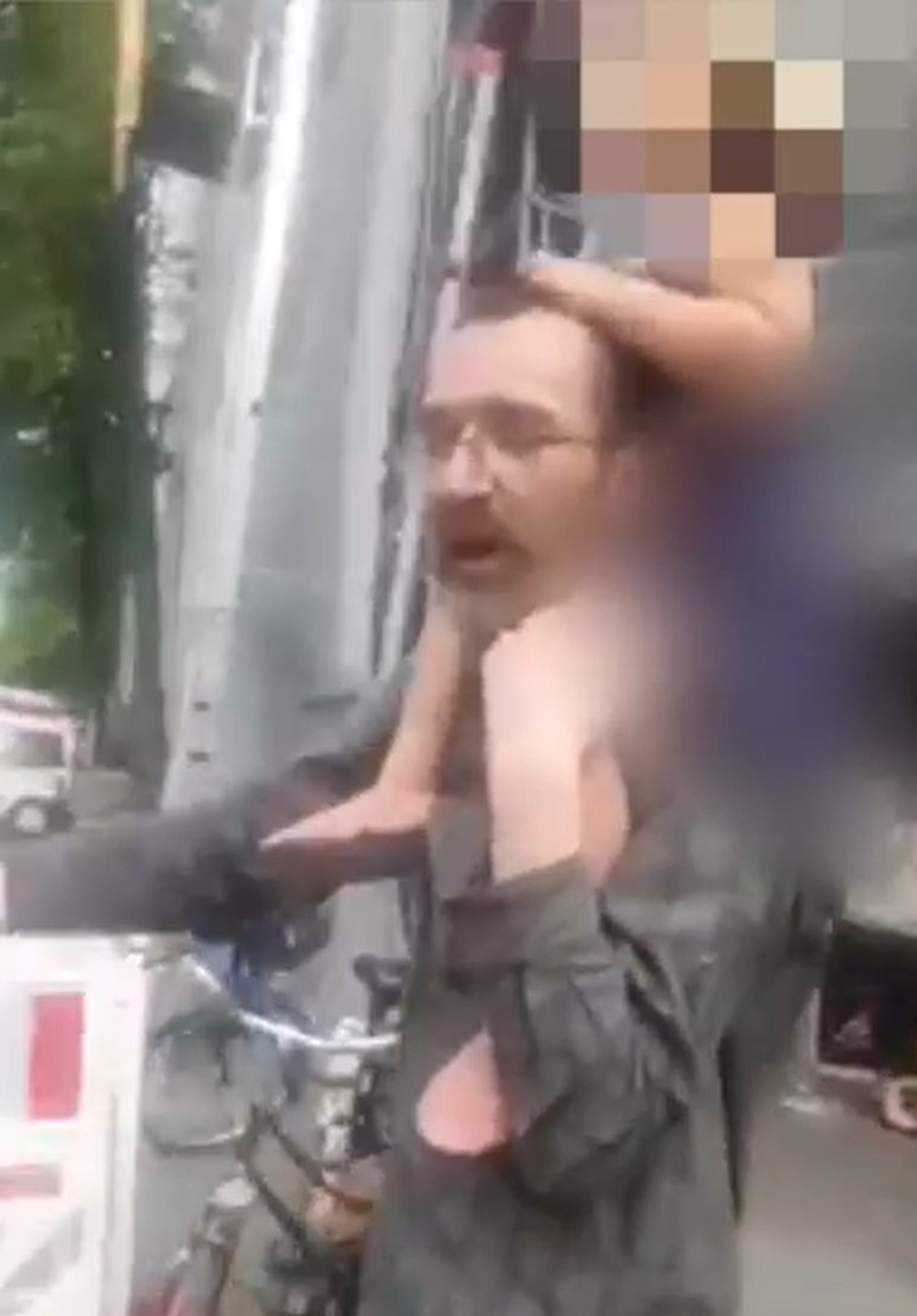 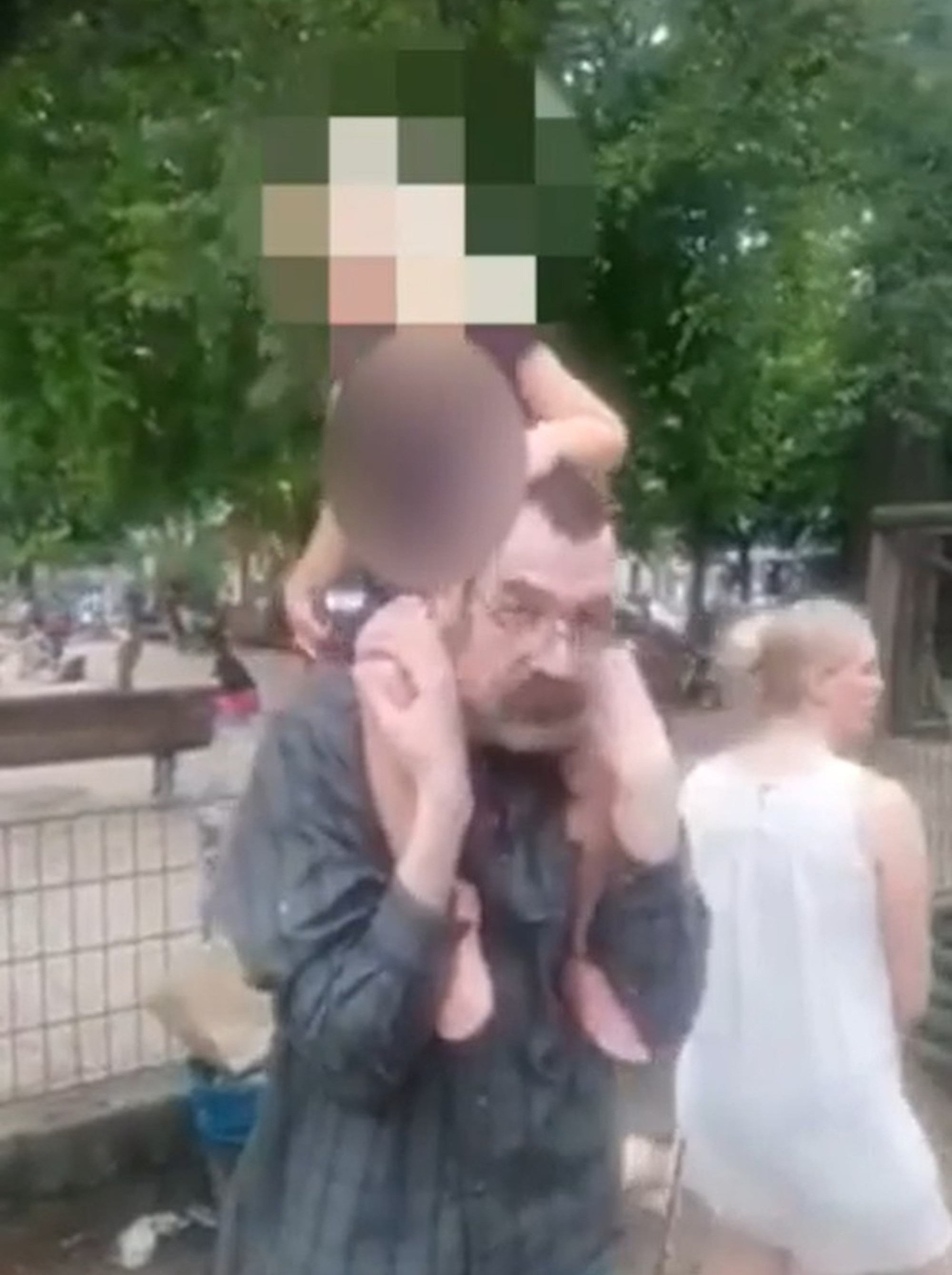 Luckily, a woman spotted the man running off with the child and chased him – despite having her two-year-old child with her.

The 27-year-old woman, whose name was changed to Heike S in local media, found it hard to keep up with the tall man.

She said: "He had noticed by now that I was following him."

Heike said she called for help and a kiosk operator named in reports as Zoran Z, 44, came to her aid.

She added: "I was lucky he was there."

Zoran sprinted after the man and caught up with him, before asking him: "Is this your child?"

The suspect reportedly answered: "No. I love children. I can't understand how mothers and fathers leave their children at home with some caregivers."

Pictures show the man holding the girl firmly on his shoulders, before Zoran convinces him to take the child back to the playground.

As they were walking back towards the playground, Zoran asked the suspect: "Why did you take the child with you?"

The suspected kidnapper said: “I think children are simply the most important thing. Children are our future, aren't they?”

When they arrived at the playground in the park, he asked the girl on his shoulders: "Is your mum here in the park?" 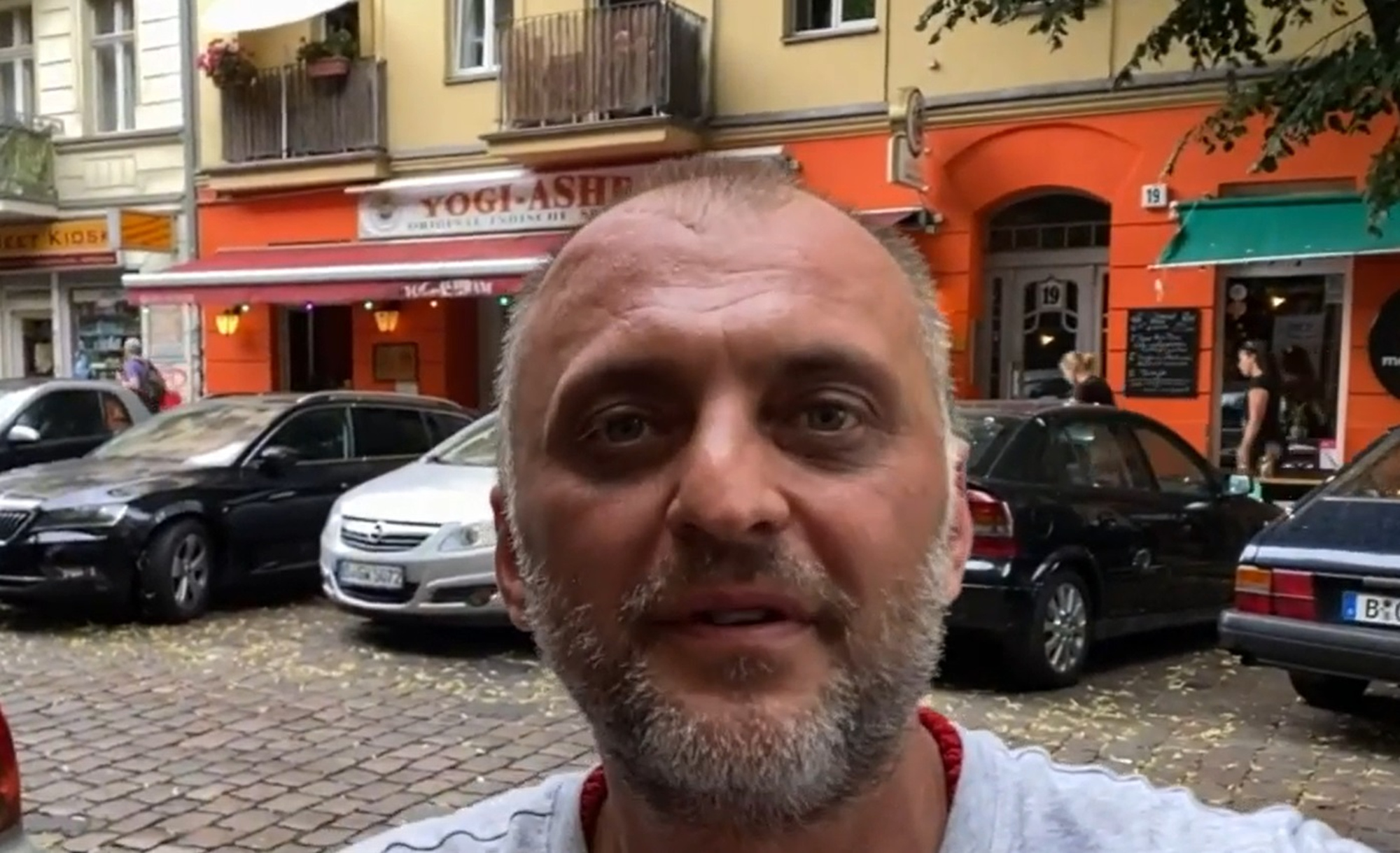 He added: "All right, that's where we're going, right? We're going to mum, right? You sit up there. You have to look for where she is. You have the best view, OK? Where's mum? Oh, damn, a lot of people. We have to look closely."

In the meantime, a crowd of people had formed in the playground, with concerned parents surrounding the distraught mother of the missing girl.

Zoran later told local media: “The mother was panicked. Another mother was already on the phone with the police. The guy then put the child in her arms. She was probably in such a state of shock that she spoke to him normally."

Police arrested the suspected kidnapper, 44, who was already known to officers and was reportedly drunk.

A blood sample was ordered because he refused to take a breathalyser test.

A police spokesman told local media: "After the arrest, the suspect was taken into police custody and was processed for identification. At the time, the conditions for issuing an arrest warrant were not met, which is why he had to be released."

The police forwarded the investigation to those responsible for "child offences" on suspicion of kidnapping. 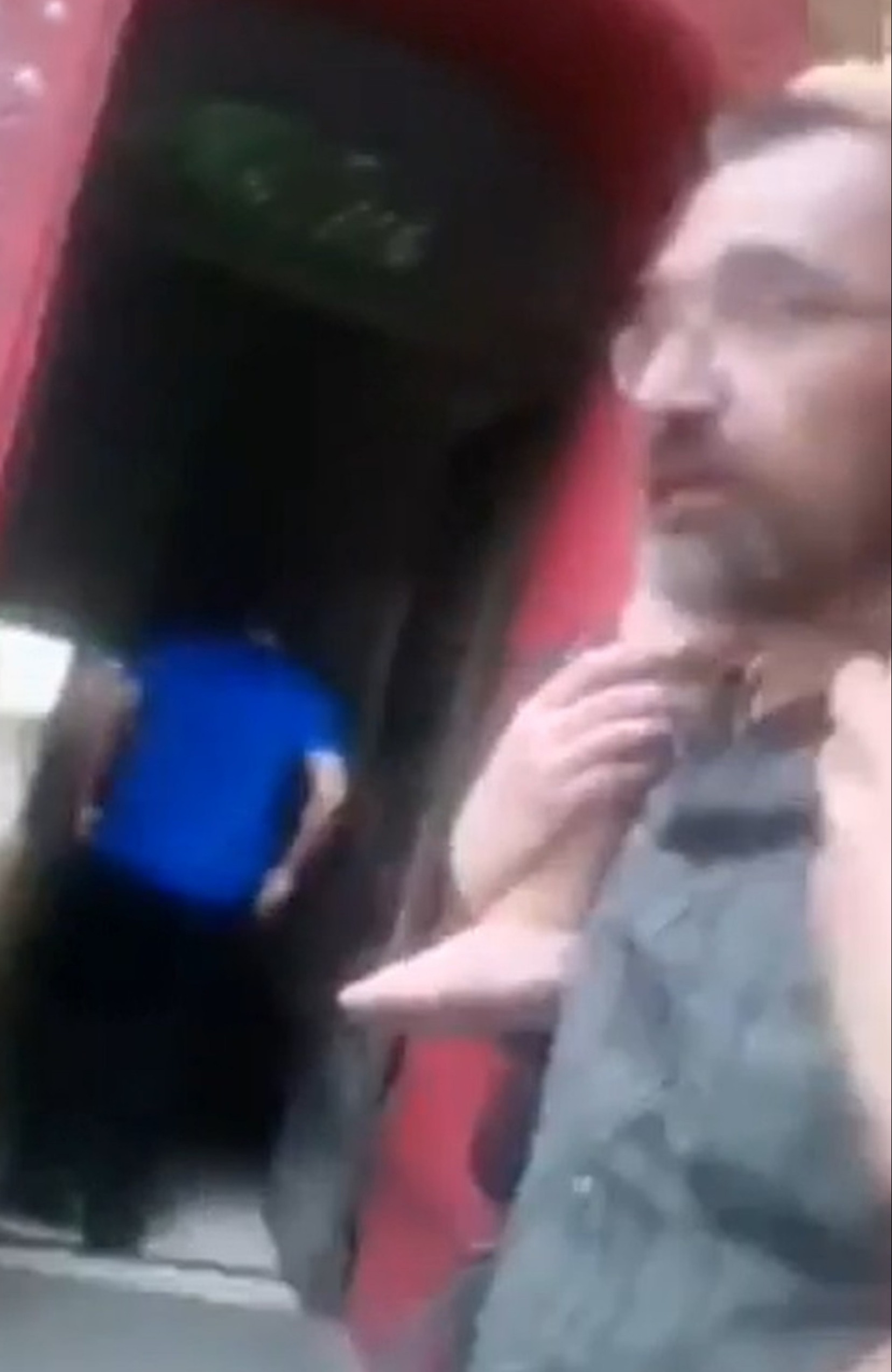 They found that there was no evidence that he was a paedophile.

They determined that the suspect had a permanent residence, that there was no risk of escape and that he had a mental disorder.

The police, trying to reassure worried parents on Twitter, said: "So far there is no evidence of a sexual motivation or of malicious intent. Visiting a playground in Berlin is no more dangerous than usual."

Heike S was quoted in local media as saying: "I imagined what would it have been like if it had been my child. Now I also know that he is back.

"That he can stand in front of us again at any time. That he might recognise me and my daughter. Why didn't the police put up a notice at the playground? That is scary."

Another mother, named in local media as Anne-Marei Heinrich, put a warning up on the gate "to warn other mothers."

She lives nearby, has two small children and said she is also worried that the perpetrator could soon be back at the playground again. 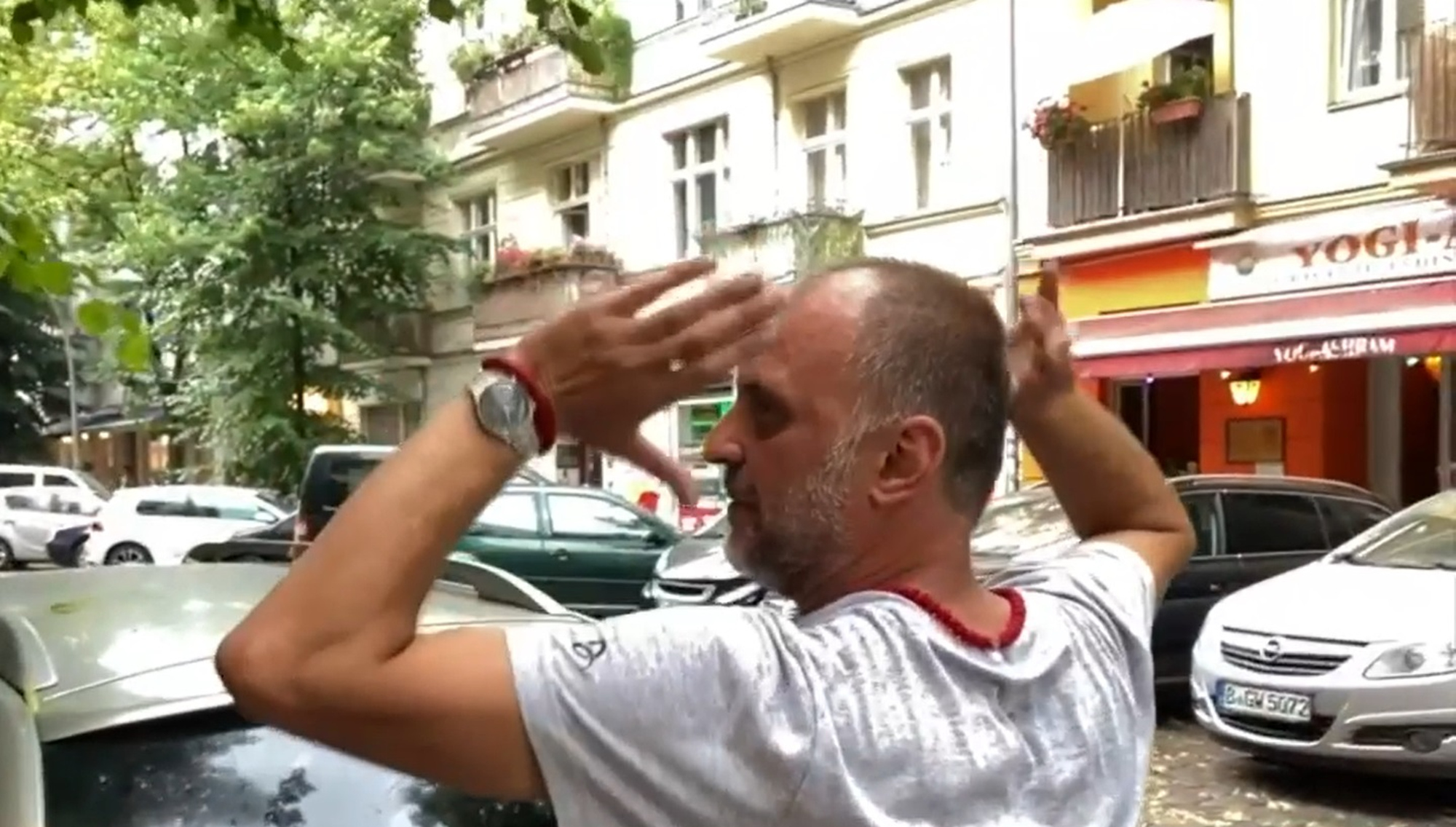