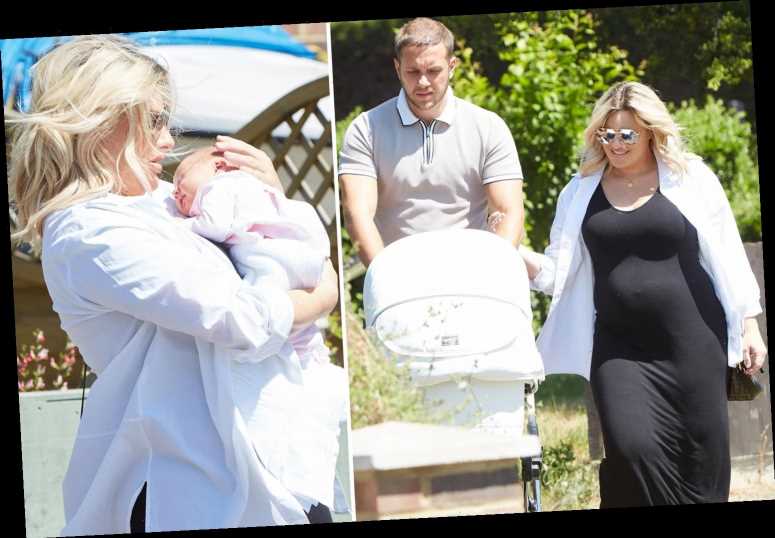 PROUD parents Danielle Armstrong and Tom Edney took their newborn daughter Orla Mae out for a walk in the sunshine today.

The 32-year-old former Towie star, who gave birth on Tuesday, was seen smiling in a black maxi dress near their home in Essex. 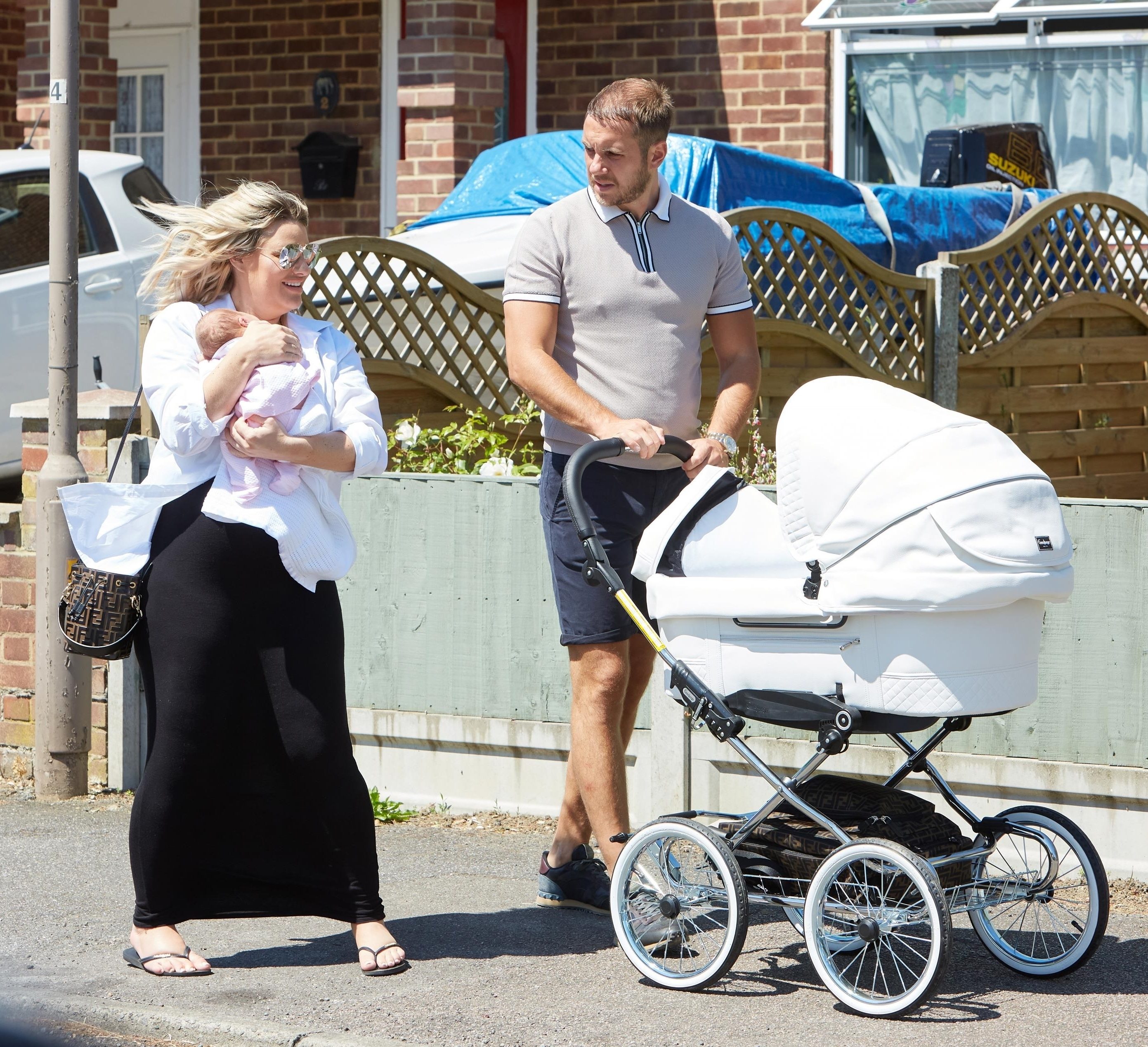 Tom, dressed in a pair of shorts and a polo shirt, started off pushing the pram before Danielle lifted her daughter out and cradled her by her shoulder.

The pair revealed their baby had arrived on Wednesday morning, with the ex-reality star posting pictures of the little family together, writing: "My World Is Complete.

She later admitted: "I am exhausted. I think all women that have children are superheroes – and midwives. I am exhausted. Oh my god, I literally feel like I've been hit by a bus. 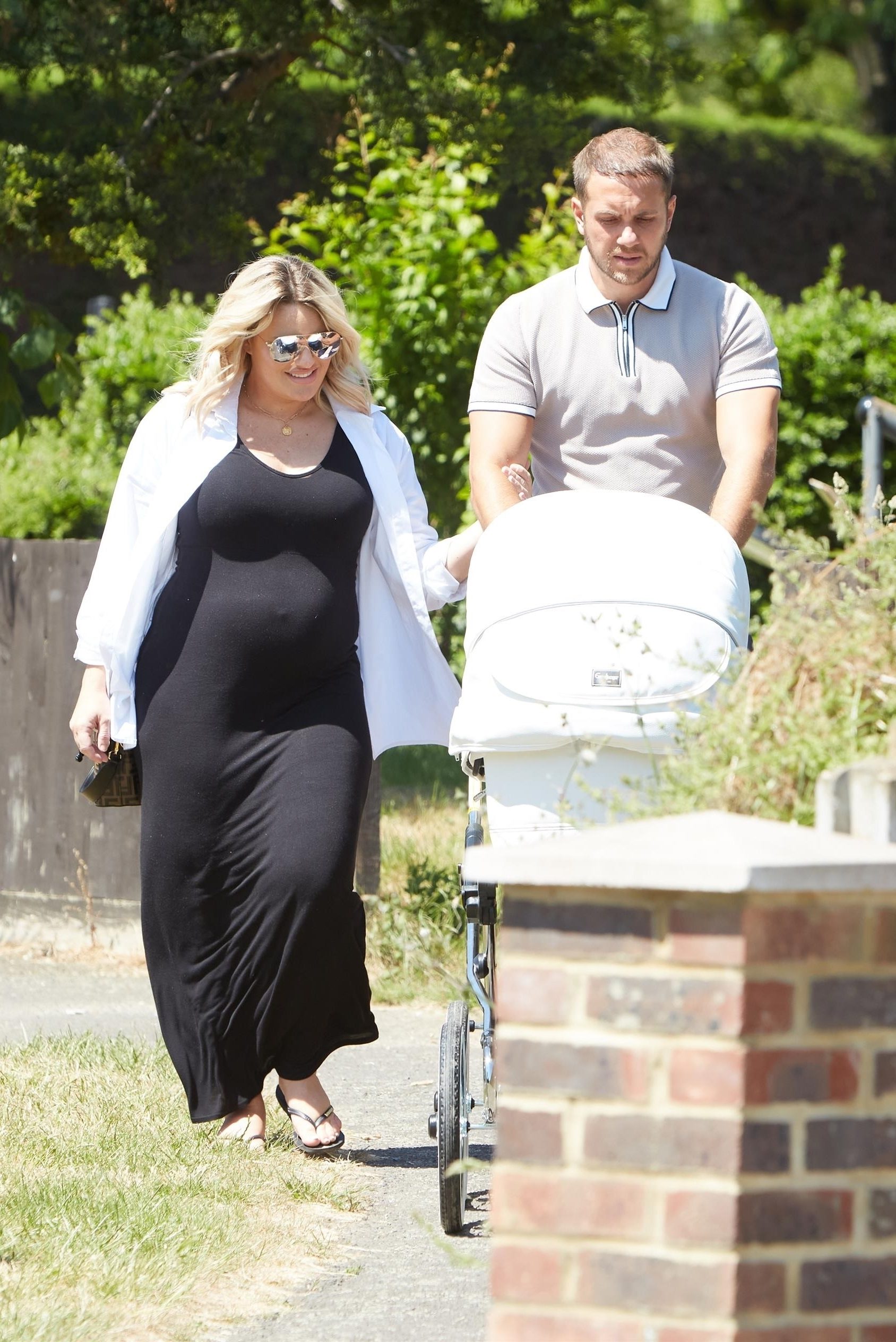 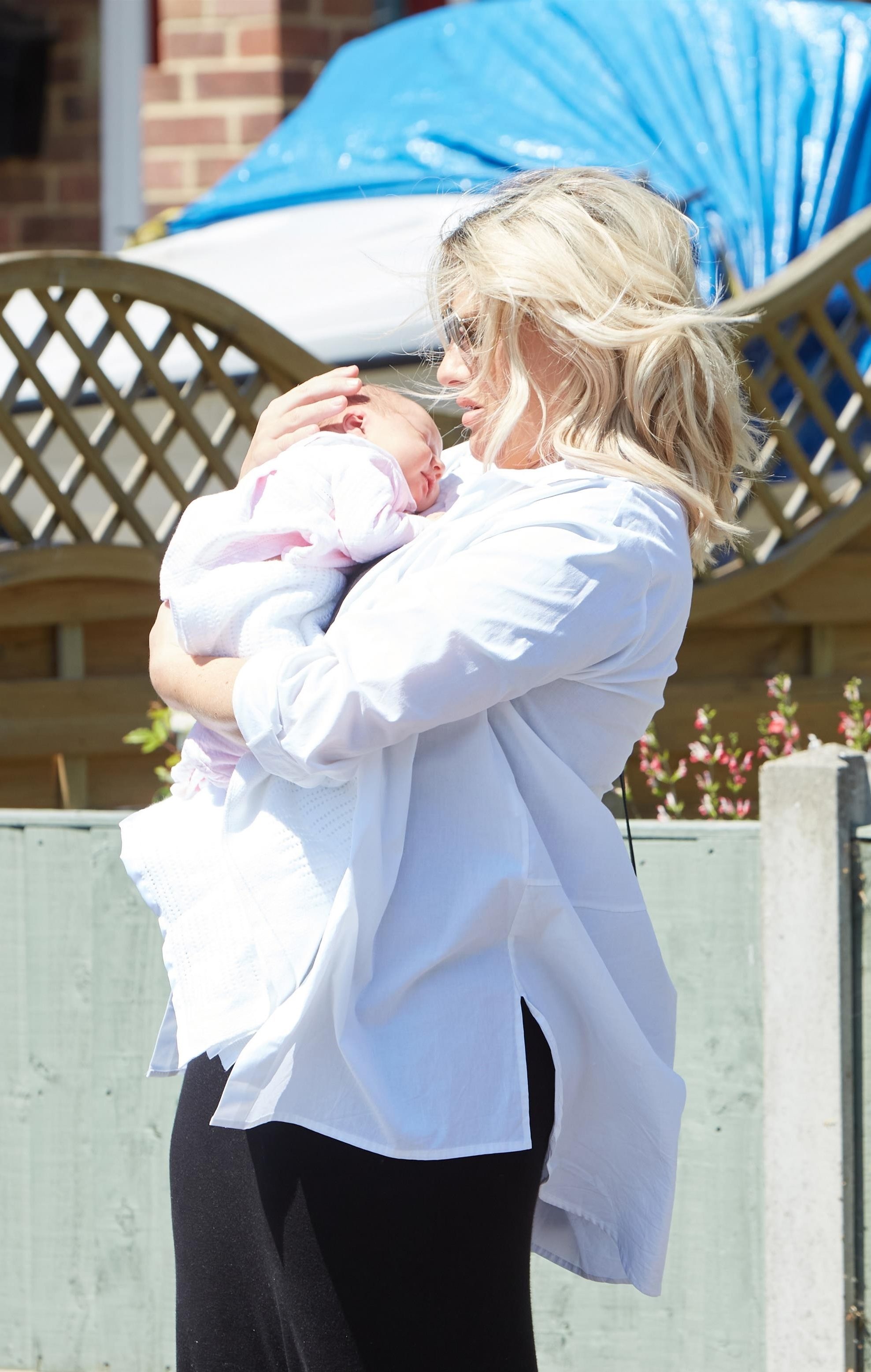 "But I'm so pleased she's here, I feel like the happiest girl in the world."

Danielle got engaged to Tom in March – but they were actually childhood sweethearts, with the star saying she had given up on love before falling head over heels for her friend who she first met 22 years ago.

The couple have known they've been expecting a girl since throwing a lavish gender reveal party in November where she was joined by her celebrity pals including Ferne McCann.

During the bash, the couple held a pink balloon which read: "It's a girl."